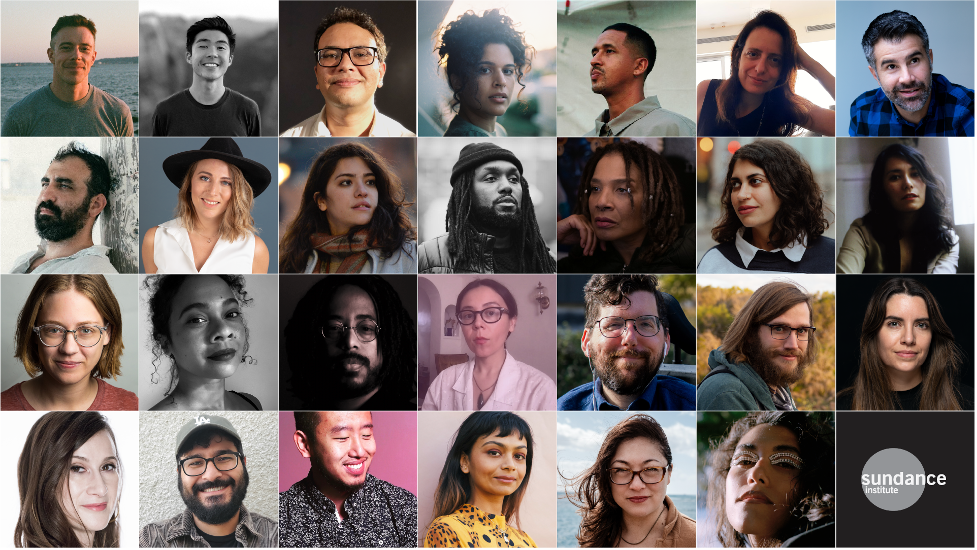 The nonprofit Sundance Institute announced the 12 projects invited to the 2023 Screenwriters Lab and the 10 projects selected for the Screenwriters Intensive, including filmmakers from the U.S.A. and internationally from the Dominican Republic, Egypt, Israel, Lebanon and Nepal.

Lab and Intensive participants were selected from over 2000 submissions to further develop their scripts with the guidance of accomplished advisors under the leadership of Michelle Satter (Founding Senior Director, Sundance Institute’s Artist Programs) and Ilyse McKimmie (Deputy Director, Feature Film Program).

“We’re looking forward to kicking off a new year of the Screenwriters Lab, supporting the bold visions of a stellar group of storytellers. All of their work has the power to impact audiences through their unique voices, personal perspectives and exciting and unheard stories,” said Michelle Satter, Founding Senior Director of Sundance Institute’s Artist Programs. “Over five days, our Advisors and Fellows will be immersed in story meetings, craft workshops, and conversations that will form a foundation of year-round support and the beginning of a creative community that will last throughout the full journey of bringing these films to worldwide audiences”.

The Screenwriters Intensive, a two-day online workshop, will have 12 writers participating on March 2–3 to develop their first fiction features.

“The Screenwriters Intensive allows us to extend the breadth of our support to a wider group of emerging independent artists, and we’re thrilled to include such an extensive range of stories, genres, and essential voices in the cohort,” said Ilyse McKimmie, Deputy Director of the Feature Film Program. “We feel privileged to provide vital creative guidance and meaningful community at a crucial moment in the development of these projects.”

The projects selected for the 2023 January Screenwriters Lab and the artists participating are:

Joseph Sackett (Writer/Director) with Cross Pollination (U.S.A.): In this queer sci-fi rom-com, an alien arrives on Earth with one mission: to introduce his DNA into the human gene pool and propagate his species. But he encounters unexpected — and very human — complications when he falls in love with the man who knocks him up.

Joseph Sackett received his MFA in Directing from NYU Tisch Graduate Film. He was named one of Filmmaker Magazine’s 25 New Faces of Independent Film and was a 2022 Martha MOCA Resident. His first feature, Homebody, won the Emerging Talent Award at Outfest and is available to stream on Fandor.

Sean Wang (Writer/Director) with Dìdi (弟弟) (U.S.A.): Fremont, CA. 2008. In the last month of summer before high school begins, an impressionable 13-year-old Taiwanese American boy learns what his family can’t teach him: how to skate, how to flirt and how to love your mom.

Sean Wang is a filmmaker from Fremont, CA. He is a 2020 Sundance Ignite Fellow, 2021 SFFILM Rainin Grantee, and 2022 Sundance Institute & Asian American Foundation Fellow. His latest short film, H.A.G.S (Have A Good Summer), was acquired by the New York Times Op-Docs.

Abinash Bikram Shah (Writer/Director) with Elephants in the Fog (Nepal/France): In Nepal, a group of trans women have banded together at the margins of their community, patrolling the village to keep wild elephants at bay. Pirati, the matriarch of this makeshift family, has her plans to embark on an independent life suddenly derailed when one of her daughters goes missing.

Abinash Bikram Shah is an award-winning writer/director based in Nepal. His films have won many awards, including a Special Jury Mention at Cannes in 2022 for his short film Lori. He has written films that have premiered in Berlinale and Venice and were Nepal’s official entry for the Academy Awards.

Gabriela Ortega (Writer/Director) with Huella (Dominican Republic / U.S.A.): Following the death of her family’s matriarch in the Dominican Republic, a disenchanted flamenco dancer living in New York City must rid herself from her ancestor’s curses to pave her own future.

Gabriela Ortega is a multi-disciplinary artist from the Dominican Republic. She is a Sundance Interdisciplinary Program and Academy of Motion Pictures fellow, and is one of Filmmaker Magazine’s 25 New Faces of Independent Film. Her work draws cultural bridges that lead to the Caribbean through intersectionality, duality and ancestral memory.

Walter Thompson-Hernández (Writer/Director) with If I Go Will They Miss Me (U.S.A.): Twelve-year-old Lil Ant begins to see mysterious figures — eerie men with their arms spread like wings — around his home. When his father, Big Ant, realizes his son sees these “airplane people” too, their family history emerges and reveals deeper meaning and connection between them.

Walter Thompson-Hernández is a Los Angeles-born and raised filmmaker. His short film If I Go Will They Miss Me won the 2022 Sundance U.S. Fiction Short Film award, and he’s currently in post-production on his first feature. Before transitioning to film, Walter worked as a journalist for The New York Times.

Hadas Ayalon (Writer/Director) with In a Minute You’ll Be Gone (Israel): A middle-aged lesbian couple are struggling with the death of their son when an unexpected letter from a sperm bank puts their relationship to the test, forcing them to confront their loss and their identity as mothers.

Hadas Ayalon is a director, screenwriter and film editor living in Tel Aviv. Her first short film Paris on the Water (2014) won the Student Academy Award and the Israeli Academy Award for Best Narrative Short. In a Minute You’ll Be Gone is her first feature film.

Bernardo Cubría (Co-writer), John Hibey (Co-writer), & Joshua Penn Soskin (Co-writer, not attending) with Kill Yr Idols (U.S.A.): In the Rio Grande Valley, just north of the Mexico/US border, the friendship of two teenage boys is tested as they embark on a whirlwind punk rock odyssey to escape their realities and seize their dreams. Recipient of the Sundance Institute Comedy Fellowship.

Bernardo Cubría is a Mexican award-winning screenwriter and playwright. He is currently in the writers room for Acapulco on Apple TV+. Cubria is the co-writer of Kill Yr Idols, with Carlos López Estrada attached to direct, and the writer of Like It Used To Be, with Gina Rodriguez to direct and star.

John Hibey co-wrote and produced the two-time Sundance award-winning film Fishing Without Nets (short and feature versions.) He is currently working with director Carlos López Estrada on Kill Yr Idols, and is developing a project for Warner Brothers with director Alfonso Gomez Rejon.

Joshua Penn Soskin is an award-winning director, writer and photographer. He developed and co-wrote the border comedy Kill Yr Idols (to be directed by Carlos Lopez Estrada) and is in pre-production on his feature directorial debut, The Rooster Prince, a personal story of losing his brother to bipolar.

Dania Bdeir (Co-writer/Director) & Bane Fakih (Co-writer) with Pigeon Wars (Lebanon/Canada/France): Rana, a feisty & competitive woman avoiding a secret from her past, becomes obsessed with the male-dominated pigeon wars of Beirut. She befriends Hassan, a kindred spirit with an inner struggle of his own, and against the backdrop of growing political crisis in Beirut, they embark on a mission to catch a rare bird — the Nicobar.

Dania Bdeir is a Lebanese director with an MFA in film from NYU Tisch. Her latest short Warsha (Criterion Channel) won the Jury Prize for Best International Fiction Short at the 2022 Sundance Film Festival along with 90 awards since its premiere. Pigeon Wars will be her debut feature.

Bane Fakih is a Lebanese filmmaker whose shorts Assil and Jad and Vibes screened at Palm Springs ShortsFest and Outfest. After her MFA from Columbia University, Fakih received the Ezra Litwak Award for Screenwriting Distinction. Her feature screenplay Keep It Together was shortlisted for the 2019 Tribeca All Access program.

Rashad Frett (Co-writer/Director) & Lin Que Ayoung (Co-writer) with Ricky U.S.A.): Newly released after being locked up in his teens, 30-year-old Ricky navigates the challenging realities of life post-incarceration, and the complexity of gaining independence for the first time as an adult.

Learn more about the 2023 Sundance Film Festival by visiting https://festival.sundance.org/ 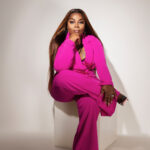 Behind the Trucking Wheel with Michelle Harris Deadwiler