The Producers Guild of America (PGA) announced that film producer Tom Cruise will be honored with the 2023 David O. Selznick Achievement Award. He will accept the honor at the 34th Annual Producers Guild Awards on Saturday, February 25, 2023 at The Beverly Hilton.

The Producers Guild of America’s Selznick Achievement Award recognizes a producer or producing team for their extraordinary body of work in motion pictures. The Selznick Award has a rich and distinguished history with past recipients including such legendary producers as Steven Spielberg, Barbara Broccoli, Mary Parent, Brian Grazer, David Heyman, and Kevin Feige.

“Beginning with Mission: Impossible, Tom Cruise has developed a talent for producing to match his extraordinary talent as an actor. Tom approaches producing with the same meticulous attention to detail he brings to all of his professional endeavors,” said Producers Guild Presidents Donald De Line and Stephanie Allain. “His commitment to telling bold, cinematic, and entertaining stories has elevated the global theatrical experience and has resulted in some of the most popular motion pictures in history. We are thrilled to honor him with the David O. Selznick Award for his excellence in producing.” 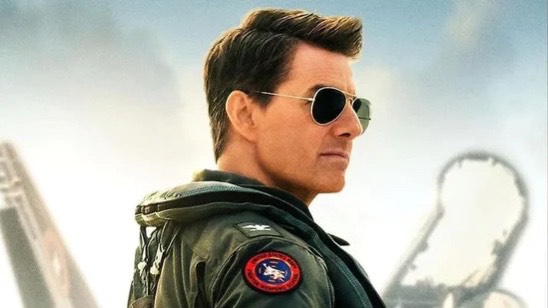 Tom Cruise is a global cultural icon who has made an immeasurable impact on cinema by creating some of the most memorable characters, and producing some of the most successful films of all time. He has achieved extraordinary success as an actor, producer, and philanthropist in a career spanning over five decades, and the three-time Oscar® nominee’s films have earned over $11 billion in worldwide box office — an incomparable accomplishment.

Fueled by a lifetime goal to entertain audiences around the world, Cruise has worked over the last 40 years to produce and star in motion pictures that stand the test of time. His prowess as a creative film producer has impacted the evolution of cinema as he collaboratively develops new ways to capture what he has dreamed up for the big screen — always in service of story — always putting the audience’s experience first.

With decades of success on such diverse films as the Mission Impossible franchise, Vanilla Sky, The Last Samurai, Elizabethtown, the Jack Reacher films, and Top Gun: Maverick, Cruise has proven himself as a consummate, versatile filmmaker involved in all aspects of production.

His latest film, Top Gun: Maverick marks his highest-grossing movie ever and is the biggest global success in the 110-year studio history of Paramount Pictures. An accomplishment that demonstrates that after more than 40 years and 40 films, Cruise continues to lift fellow artists, inspire fans, and entertain audiences everywhere.

Sponsors of the 2023 Producers Guild Awards include Cadillac, the Official Vehicle, Delta Airlines, the Official Airline, Glenfiddich Scotch, and GreenSlate, a PGA Partner.

Any questions regarding the 2023 PGA Awards can be submitted to [email protected].

About the Producers Guild of America (PGA)

The Producers Guild of America represents over 8,500 producers. It is a non-profit trade organization that represents, protects and promotes the interests of all members of the producing team in film, television and new media.

The Guild invests in its core values that benefit the industry at large. These values are rooted in facilitating employment of its members, advocating for sustainable practices in production that minimize human and environmental harm, ensuring a set culture that advances safety and creates viable pathways into the guild for the next generation of producers, particularly those from populations underrepresented in the industry. Year-round it hosts a number of educational, mentoring and professional networking programs, as well as industry events that honor excellence in producing.