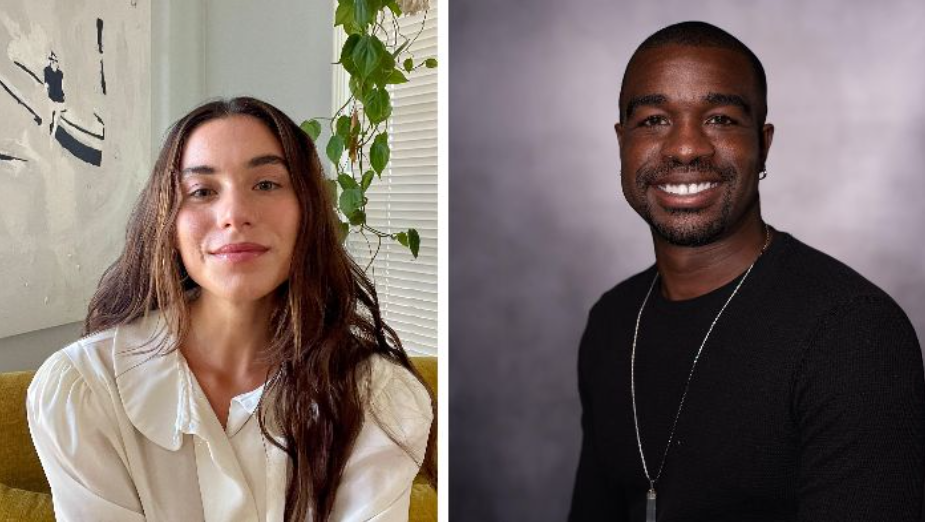 Museum of the Moving Image and the Alfred P. Sloan Foundation are pleased to announce the recipients of the 2022 Sloan Student Grand Jury Prize and 2022 Sloan Student Discovery Prize, respectively: Samantha Sewell (UCLA) for her limited series pilot Until Then We Keep Breathing, and Gerard Shaka (FSU) for his feature script Woodside. Both were chosen earlier today by a jury that included Dr. Kate Biberdorf, aka Kate the Chemist (University of Texas); producer Jessica Hargrave (Good Night Oppy); actor/playwright Naomi Lorrain (Orange Is the New Black);

Dr. Hannah Landecker (UCLA); Dr. Anita Perr (NYU); and writer/producer Franklin Rho (Pachinko). The jury also gave honorable mention to Anika Benkov for their feature script When It Thaws and to Catherine Loerke for her series In Vitro Veritas. The winners will be honored at an event on January 5, 2023, at Museum of the Moving Image.

Established in 2011 (Grand Jury Prize) and expanded in 2019 (Discovery Prize), the Sloan Student Prizes aim to advance the professional paths of diverse, emerging filmmakers participating in Sloan’s career-length Film Program as they transition out of graduate school and into the film industry. The Sloan Foundation gives annual awards in screenwriting at each of its six original partner film schools, who each nominate one winning candidate for the best-of-the-best Grand Jury Prize. The Discovery Prize represents an expansion of the Sloan film program to six public universities that submit scripts for the first time.

The winners will each receive a $20,000 prize, industry exposure, and year-round mentorship from both a science advisor and film industry professional. This is the second pair of Sloan Student Prize winners awarded under the stewardship of Museum of the Moving Image, part of the Museum’s wider Sloan Science & Film initiative, which provides opportunities for the creation, distribution, exhibition, and discussion of films that amplify understanding of scientific themes. 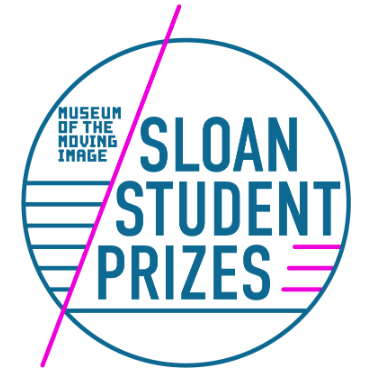 In keeping with the Museum’s programs to foster the work of emerging artists, MoMI will host an awards ceremony in January 2023 and will produce a work-in-progress reading of each winning project as part of its First Look Festival in March 2023.

“We are thrilled to partner with our longtime collaborators at Museum of the Moving Image to award the 2022 Sloan Student Prizes,” said Doron Weber, Vice President and Program Director at the Sloan Foundation. “While the four honored scripts (two winners and two honorable mentions) deal with a broad range of settings, genres, and scientific and technological themes — from cystic fibrosis and congenital disability to climate change and permafrost, from marine conservation and mangrove systems to IVF and reproductive medicine — all of the stories evoke the formative and central role of families and family relationships in the lives of their protagonists. They are quintessentially human stories about how nature shapes us and how science and technology seek to reshape nature.”

“This year’s jury represented a diverse set of backgrounds, interests, and perspectives on both science and film, and I am grateful to them for their thoughtful consideration of our 2022 Sloan Student Prize nominees, all of whom wrote compelling stories that highlight the relevancy of science to daily life. There is an increasing need and demand for such stories, and we are looking forward to working with Samantha Sewell and Gerard Shaka to develop their personal, excellently written stories for the screen,” said Sonia Epstein, MoMI Curator of Science and Technology and Executive Editor of Sloan Science & Film.

Learn more about the 2022 winners and jurors below.

Honorable Mention:
When It Thaws by Anika Benkov (Feature) — Columbia University
Logline: An aging scientist recruits his estranged daughter to come to the remote wilderness of Siberia and help him restore the tundra to Pleistocene-era plains, battling the melting permafrost, and his deteriorating memory, in the process.

WINNER OF THE 2022 SLOAN STUDENT DISCOVERY PRIZE:
Woodside by Gerard Shaka (Feature) — Florida State University
Logline: While struggling to cope with an abusive father and a complacent mother, a queer Bahamian boy discovers self-love through his experiences replanting mangroves with a marine conservationist.

Honorable Mention:
In Vitro Veritas by Cat Loerke (Pilot) — Brooklyn College Feirstein School of Cinema
Logline: When a brilliant, overly clinical fertility doctor on the brink of solving her own infertility woes loses the funding for an experimental IVF treatment that will put her clinic on the map (and make her a mom), her desperation sends her to the last patient she wants to help, her ex-husband’s new-agey, wellness empress new wife, whose involvement in her trial complicates her quest to get her “differently fertile” patients — and herself–pregnant

Dr. Kate Biberdorf (aka “Kate the Chemist”) is a chemist, science entertainer, and professor at The University of Texas. Through her theatrical and hands-on approach to teaching, Dr. Biberdorf is breaking down the image of the stereotypical scientist, while reaching students who might otherwise be intimidated by science. Students’ emotional responses, rather than rote memorization of facts, are key to Biberdorf’s dynamic approach to her program, as well as science in general. Her exciting and engaging program leaves audiences with a positive, memorable impression of science — all while diminishing the stigma around women in science. She has appeared on The Today Show, The Kelly Clarkson Show, NBC Nightly News, The Wendy Williams Show, The Rachael Ray Show, The Nick Cannon Show, and Late Night with Stephen Colbert.

Jessica Hargrave is the producer of Good Night Oppy, a film about the surprising bond that formed between a robot and a team of scientists and engineers at NASA. Prior to Oppy, Hargrave most recently produced Coded: The Hidden Love of J.C. Leyendecker (MTV), which was shortlisted for the Academy Award and won best documentary short at Tribeca. She is also the producer of Assassins, an Emmy-nominated film about the assassination of Kim Jong-nam, the half-brother of the North Korean leader, and executive producer of Visible: Out on Television, the first documentary series on Apple TV+ which explores the history of the LGBTQ movement through the lens of television. Hargrave is the producer of Ask Dr. Ruth (Hulu), executive producer of The Keepers (Netflix), producer/writer of Good Ol’ Freda (Magnolia Pictures), and the co-producer of The Case Against 8 (HBO), which was nominated for two Emmys and shortlisted for the Academy Award for Best Documentary. Hargrave was the producer of marketing and distribution for Pelada (PBS, Cinetic), a journey around the world through the lens of pick-up soccer. She is a mentor with #Startwith8Hollywood and WIF.

Naomi Lorrain is a Harlem-based actor/playwright. She is an AUDELCO Awards nominee and a NY Innovative Theatre Awards nominee for Best Lead Actress for Behind the Sheet and Entangled, respectively. Her play how to roll a blunt was a 2021 Finalist at the National Playwrights Conference at the Eugene O’Neill Theater Center. Theater: Mark It Down (Williamstown Theatre Festival), Behind the Sheet (Ensemble Studio Theatre), What to Send Up When It Goes Down (The Movement Theatre Company), Entangled (The Amoralist). TV: Orange Is the New Black (Netflix), Elementary (CBS), The Good Fight (CBS All Access), Madam Secretary (CBS).

Dr. Hannah Landecker is a historian and sociologist of the life sciences. She holds a joint appointment in the Life and Social Sciences at UCLA, where she is a professor both in the Sociology Department and in the Institute for Society and Genetics, an interdisciplinary unit at UCLA committed to cultivating research and pedagogy at the interface of the life and human sciences. Landecker is the author of Culturing Life: How Cells Became Technologies (Harvard UP, 2007), and has written widely on biotechnology and the intersection of biology and film. Her more recent work concerns the rise of antibiotic resistance, and the history and sociology of metabolism and epigenetics.

Dr. Anita Perr is an occupational therapist on the faculty of the New York University Occupational Therapy Department. Anita teaches courses related to assistive technology, mobility and community-based function. Her areas of interest include facilitating participation by disabled people in their preferred activities. She is a founding director of the NYU Ability Project, an interdisciplinary, client-facing space focused on the intersection between disability and technology. She has authored book chapters and articles related to assistive technology (AT), mobility, and community-based participation, including access to exhibits in museums and historic sites. She is driven by creating AT solutions and assisting others in reaching their best outcomes. Outside of work, she enjoys both nearby and international travel and spoiling her pug, Princess Gigi Valasquez.

Franklin jin Rho is currently a writer/producer on the upcoming Sony/Disney+ series Goosebumps. He has previously written on Pachinko, Swamp Thing, and The Exorcist. Hailing from Richmond, Virginia, Franklin grew up with a passion for auteur-driven art-house cinema that ultimately led him to the Directing Program at the AFI Conservatory. His thesis film The Monster and the Peanut, which played at myriad film festivals, was the recipient of a grant from the Alfred P. Sloan Foundation and won the first prize Emmy® for Best Dramatic Student film in 2004 from the Academy of Television Arts and Sciences. Prior to breaking into television, Franklin was a Film Independent Project Involve Directing Fellow and a Coalition of Asian Pacifics in Entertainment (CAPE) New Writers Fellow.

For more information about the Sloan Student Prizes and to see a list of past winners, visit this page.

About the Alfred P. Sloan Foundation
The Alfred P. Sloan Foundation is a New York–based, philanthropic, not-for-profit institution that makes grants in three areas: research in science, technology, and economics; quality and diversity of scientific institutions; and public engagement with science. Sloan’s program in Public Understanding of Science and Technology, directed by Doron Weber, supports books, radio, film, television, theater and new media to reach a wide, non-specialized audience and to bridge the two cultures of science and the humanities. Sloan’s Film Program encourages filmmakers to create more realistic and compelling stories about science and technology and to challenge existing stereotypes about scientists and engineers in the popular imagination. Over the past two decades, Sloan has partnered with a dozen leading film schools and established annual awards in screenwriting and film production. The Foundation also supports screenplay development programs with the Sundance Institute, SFFILM, Film Independent, the Black List, and the Athena Film Festival. The Sloan Film Program has supported over 750 narrative film projects and has helped develop over 30 feature films. For more information visit sloan.org or follow @SloanPublic on Twitter or Facebook.

About Museum of the Moving Image
Museum of the Moving Image (MoMI) is the only institution in the United States that deals comprehensively with the art, technology, enjoyment, and social impact of film, television, and digital media. In its stunning facility in Astoria, New York, the Museum presents exhibitions; screenings; discussion programs featuring actors, directors, and creative leaders; and education programs. It houses the nation’s largest collection of moving image artifacts and screens over 500 films annually. Its exhibitions — including the core exhibition Behind the Screen and The Jim Henson Exhibition — are noted for their integration of material objects, interactive experiences, and audiovisual presentations. For more information about MoMI, visit movingimage.us.

Face masks (ages 2+) are recommended inside the building and during screenings. Please review all visitor safety guidelines here.