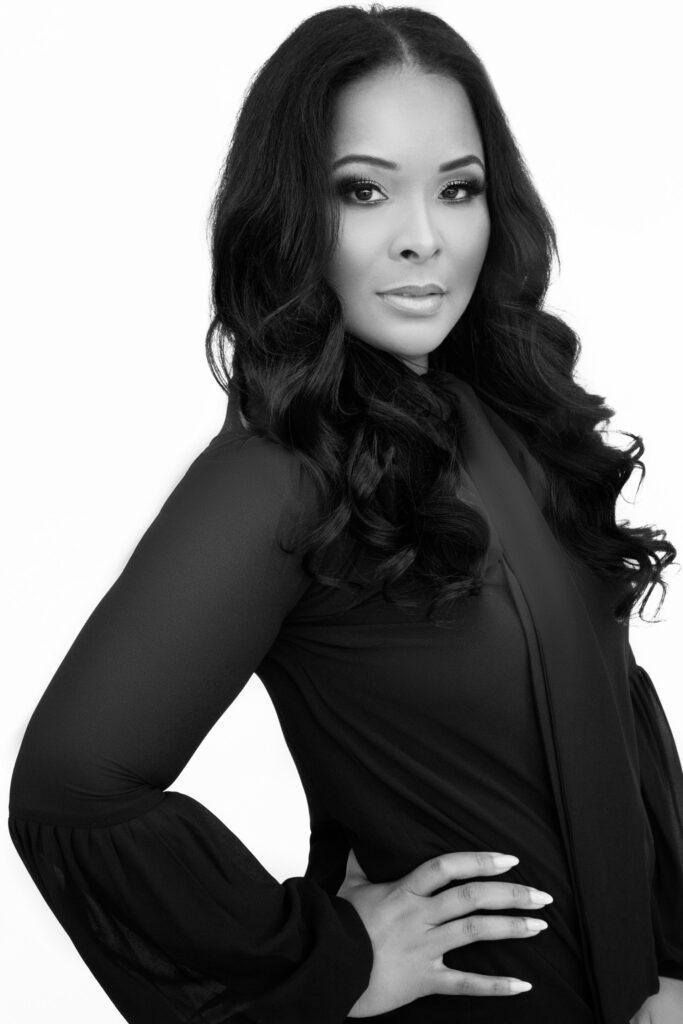 Mother, activist, actress, philanthropist and a global citizen, Mechelle McCain is fueled by her need to give back and her love for children. Her non-profit organization Kids Love and Health Foundation teaches health, wellness, and the importance of nutrition to young people. She also has a film in the works titled Footprints that shines a light on the underbelly of child trafficking.

Having caught the acting bug early, Mechelle wrote, modeled and performed as a kid. Her magnetic presence captured everyone’s attention and soon she was starring in school plays and competing in beauty pageants. Mechelle studied performance art at the University of Houston, before moving to Los Angeles to pursue acting full time. A rising ingénue, Mechelle acted alongside Oscar winner Cuba Gooding Jr. and Grammy winner Beyoncé in the lm, “The Fighting Temptations, as well as Kevin Hart in “35 & Ticking.” Other credits include “The Bold and the Beautiful,” “The Game,” “Love That Girl” and “Survivors Remorse.” Mechelle also wrote, produced and starred in her own short films, “The Hoodling,” “Basketball Wives The Movie,” “Misadventures of a Hollywood Housewife” and #Instacouple.

We Empower Magazine obtained an exclusive interview with Mechelle McCain.

Please tell us how the Kids Love and Health Foundation came about and what the foundation means to you.

Mechelle: My daughter begin suffering from asthma at the age of 3. She would continuously have asthma attacks. I didn’t have asthma so I was unfamiliar with it. I started researching it extensively and discovered there were ways to keep it from flaring as much. Allergies and food were a few of the triggers. Once I changed her diet the flare ups were much less. I knew many people didn’t have this knowledge and I needed to share with others. My foundation is important because it teaches children how to eat to live and how to live a healthy lifestyle.

As an activist and philanthropist, what are some other causes that you are passionate about?

What can you share with us about the upcoming film Footprints?

Mechelle: It is a drama that will have you on the edge of your seat. It also shows an aspect of child trafficking.

What do you think is vital for our readers to know about your work with Child Trafficking?

Mechelle: That I am an advocate to end child trafficking and I will keep shedding light on this matter to keep the conversation going!

What else are you currently working on?

Lastly, we would love to know about your self-help book for ending a long-term relationship. What can we expect from reading and where can we obtain the book?

Mechelle: You can expect to receive some guidance on how to navigate through a very hard time in life. I believe you can benefit from hearing other peoples perspective and it can help make decisions on how you want to move forward with such a huge change in your life. To keep connected to me and information about the book release follow me on social media @mechellemccain or my website www.mechellemccain.com

New Book “Me Power” By LaNysha Adams, Ph.D., Deciphers One of the Most Misused Words in the 21st Century