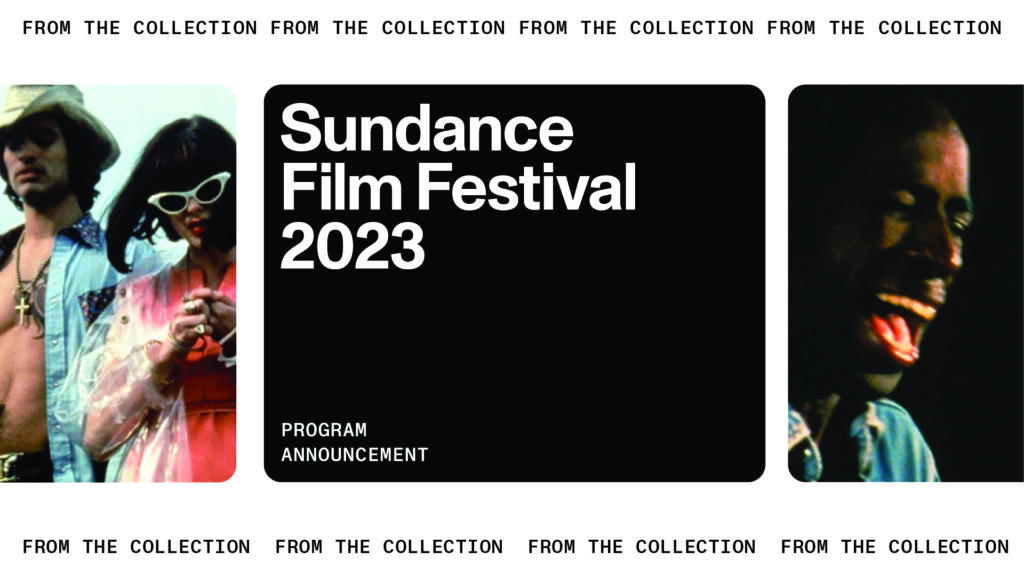 The nonprofit Sundance Institute announced the first two films in the lineup for the 2023 Sundance Film Festival — the 25th Anniversary and digital restoration screening of SLAM and the uncensored director’s cut and restoration of The Doom Generation. Directed by Marc Levin and written by Levin, Saul Williams, Sonja Sohn, and Richard Stratton, SLAM was first introduced to audiences at the 1998 Sundance Film Festival, where it premiered in the U.S. Dramatic Competition section and won the Grand Jury Prize. SLAM has been restored as part of the Institute’s Archives & Collection program. Directed by Gregg Araki, The Doom Generation first debuted in the 1995 Sundance Film Festival’s Premieres section and represented the second film in Araki’s Teenage Apocalypse trilogy. The film has been remastered in 4K for an uncensored director’s cut. Both will debut in the upcoming Festival’s From the Collection section. The 2023 Festival takes place from January 19–29, 2023 in Park City, Salt Lake City, and the Sundance Resort, and online for audiences across the country from January 24–29, 2023. Passes and packages for the Festival go on sale to the public on Monday, October 17, 2022.

The From the Collection section brings archival screenings back into focus as part of the Sundance Film Festival for audiences to explore and rediscover the films that have shaped the heritage of both Sundance Institute and independent storytelling. To address the specific preservation risks posed to independent film, Sundance Institute partnered with the UCLA Film & Television Archive in 1997 to form the Sundance Institute Collection at UCLA and preserve independent films supported by the Institute. SLAM has been digitally restored from the 35mm interpositive, and a new DCP created in collaboration between Sundance Institute, the Academy Film Archive, the UCLA Film & Television Archive, and Lionsgate. The Doom Generation has been remastered in 4K by Strand Releasing. The Collection has grown to over 4,000 holdings representing nearly 2,300 titles. From the Collection screenings at the Festival have included: The Blair Witch Project, Hours and Times, River of Grass, Paris is Burning, Desert Hearts, Daughters of the Dust, El Mariachi, Reality Bites, sex, lies, and videotape, Hoop Dreams, Chameleon Street, High Art, Just Another Girl on the I.R.T., and Paris, Texas.

“Before we announce the full slate for the upcoming Festival, we are taking a moment to honor our past in anticipation of what is to come,” said Kim Yutani, Director of Programming. “Sundance has always been a place for discovery, inspired conversations, and critical reflection, all thanks to the independent storytellers we are so fortunate to encounter each year. These screenings are our opportunity to present newly restored films From the Collection, reemphasize our commitment to artists throughout their careers, and find new ways to recontextualize the work that has shaped the heritage of Sundance through a modern perspective.”

“The two restorations certainly celebrate how groundbreaking so many independent works from the 90s were, but they also remind us of how collaborative, fierce and transformative independent storytelling could be — how long lasting their impact and influence can be,” said John Nein, Senior Programmer & Director of Strategic Initiatives at Sundance Institute. “SLAM not only showcased the work of pioneering artists and poets like Saul Williams, Sonja Sohn, Beau Sia, Liza Jesse Peterson and others, but it also inspired untold numbers of younger poets and contributed to the criminal justice reform movement of the 1990s. And with the restoration and reincorporation of several original scenes into The Doom Generation, we’re reminded of the challenges that independent storytellers faced, and continue to face, in releasing their films true to their vision.”

A story that remains as timely today as it was in 1998, SLAM exposes the structural inequity of the criminal justice system, and the liberative ability art has to transcend. From the impact of poetry and spoken word, to discussions on racial inequality and justice reform, SLAM started a critical dialogue and gave a voice to an emerging art form that is now commonplace. Revisiting this pivotal work for the upcoming Festival, SLAM invites audiences to re-engage with its influence on the art of spoken word and discourse on the criminal justice system through a contemporary lens.

“SLAM sparked a movement, spreading spoken word poetry around the world,” said Marc Levin, Director of SLAM. “The key players stayed true to the mission, pursuing a life of independent creative expression and social action. Now, 25 years later, I find myself filming the real-life story of Halim Flowers, whom we met back then in the D.C. Jail, and who ultimately found the magic door out. Many thanks to Sundance, the UCLA Film & Television Archive, the Academy Film Archive, and Lionsgate for recognizing and restoring the film. Its power remains undiminished, but sadly so do the conditions it captured so vividly.”

“SLAM anticipated a cycle of poetry via the spoken word movement that democratized the voices and voicing of poetry for new generations,” said Saul Williams, Screenwriter and star of SLAM. “We are still experiencing its ripple in popular culture and academia, worldwide. With its focus not only on poetry, but criminal justice and marijuana, SLAM remains a testament of the times.”

In 1995, The Doom Generation was unveiled to audiences in Park City before its wider release to the public later that year. While festivalgoers were able to witness director Gregg Araki’s entire vision, subsequent audiences were shown a truncated version. Along with a restoration to 4K by Strand Releasing, the film has been reworked to include the lost moments from almost 30 years ago. When The Doom Generation plays at the upcoming Festival, it will be the version Araki originally intended to make, and will be the first time since 1995 that the uncensored director’s cut is shown in theaters.

“There are three versions of The Doom Generation,” explains Gregg Araki, Director of The Doom Generation. “One is the edited version which was released in theaters and on video. The second is a ridiculous R-rated version made without my approval for Blockbuster Video, which has over 20 minutes chopped out and makes no sense (and I hope disappears forever after this re-release). The third is the version shown at the film’s world premiere at Sundance in 1995, which was subsequently censored per the distributor’s request (primarily in the climactic reel). This new 4K remaster is the first time this Uncensored Director’s Cut has been seen since 1995 (and also restored to 1.85 Widescreen versus the lousy pan-and-scan version which has circulated for decades). Needless to say, I’m thrilled that The Doom Generation can finally be experienced in its full glory in this remastered and restored edition.”

SLAM and The Doom Generation From the Collection screenings will each be followed by conversations with the filmmakers and special guests to be announced at a later date.

The Sundance Film Festival, a program of the non-profit, Sundance Institute, is the preeminent gathering of original storytellers and audiences seeking new voices and fresh perspectives. Since 1985, hundreds of films launched at the Festival have gone on to gain critical acclaim and reach new audiences worldwide. The Festival has introduced some of the most groundbreaking films and episodic works of the past three decades, including Fire of Love, Cha Cha Real Smooth, Flee, CODA, Passing, Summer Of Soul (…or, When the Revolution Could Not Be Televised), Clemency, Never Rarely Sometimes Always, Zola, O.J.: Made in America, On The Record, Boys State, The Farewell, Honeyland, One Child Nation, The Souvenir, The Infiltrators, Sorry to Bother You, Top of the Lake, Won’t You Be My Neighbor?, Hereditary, Call Me By Your Name, Get Out, The Big Sick, Mudbound, Fruitvale Station, Whiplash, Brooklyn, Precious, The Cove, Little Miss Sunshine, An Inconvenient Truth, Napoleon Dynamite, Hedwig and the Angry Inch, Reservoir Dogs and sex, lies, and videotape. Its vibrant program platforms fiction and non-fiction features and short films; series and episodic content; emerging media, and performances, as well as conversations, and other events. The Festival takes place both in person in the state of Utah and online, connecting audiences across the U.S. to bold new artists and films. The 2023 Festival takes place January 19–29. Be a part of the Festival at Sundance Film Festival and follow the Festival at Facebook, Instagram, Twitter and YouTube.

As a champion and curator of independent stories, the nonprofit Sundance Institute provides and preserves the space for artists across storytelling media to create and thrive. Founded in 1981 by Robert Redford, the Institute’s signature Labs, granting, and mentorship programs, dedicated to developing new work, take place throughout the year in the U.S. and internationally. Sundance Collab, a digital community platform, brings a global cohort of working artists together to learn from each other and Sundance Advisors and connect in a creative space, developing and sharing works in progress. The Sundance Film Festival and other public programs connect audiences and artists to ignite new ideas, discover original voices, and build a community dedicated to independent storytelling. Sundance Institute has supported and showcased such projects as Summer of Soul (…or, When the Revolution Could Not Be Televised), CODA, Flee, Passing, Clemency, Never Rarely Sometimes Always, Zola, On the Record, Boys State, The Farewell, Honeyland, One Child Nation, The Souvenir, The Infiltrators, Sorry to Bother You, Won’t You Be My Neighbor?, Hereditary, Call Me By Your Name, Get Out, The Big Sick, Mudbound, Fruitvale Station, City So Real, Top of the Lake, Between the World & Me, Wild Goose Dreams and Fun Home. Join Sundance Institute on Facebook, Instagram, Twitter, and YouTube.