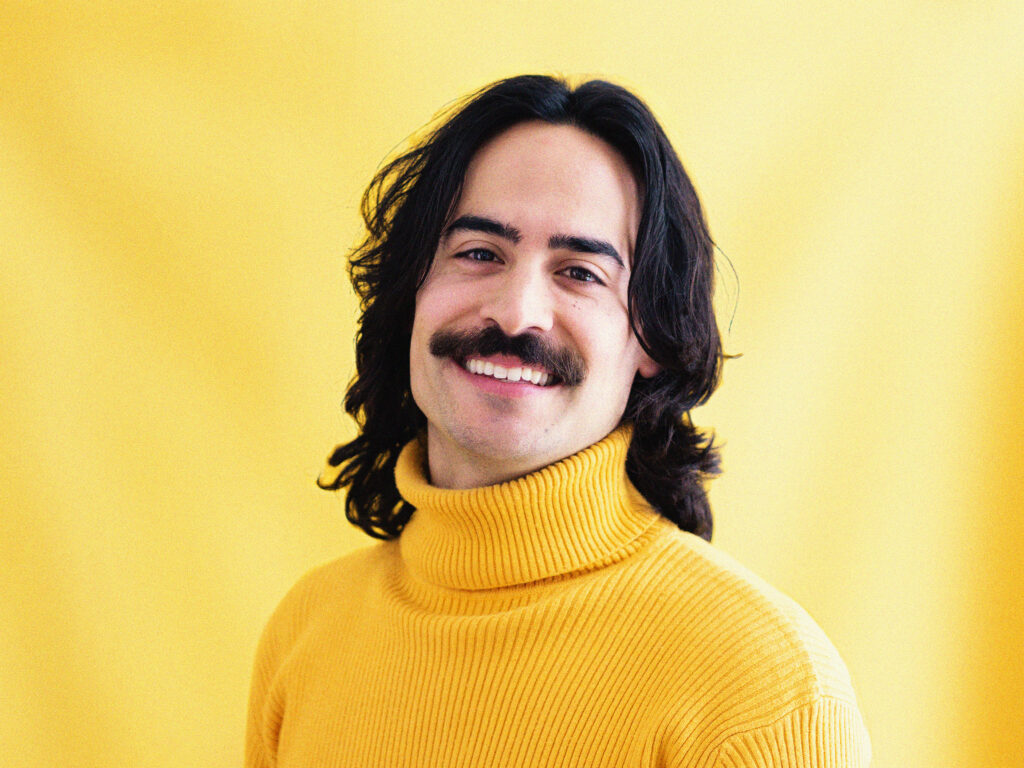 We Empower Magazine is delighted to sit down with rising director Alex Cherney. Alex’s latest film, The Have Not is soon to land on the film festival circuit.

The Have Not starring Duke Williams and Jessica-Brittany Smith showcases a deadbeat man and capitalist, Ricky Sides (Williams) who believes he will get rich investing in crypto. He doesn’t want to live by societal norms or get an average job. He leeches off his girlfriend Sky (Smith), crashing at her apartment while he charms her and half-heartedly learns day trading.

Alex has written, directed, and produced 5 feature films along with award-winning shorts and commercials. His short film Pick Me Up! Has won several awards. 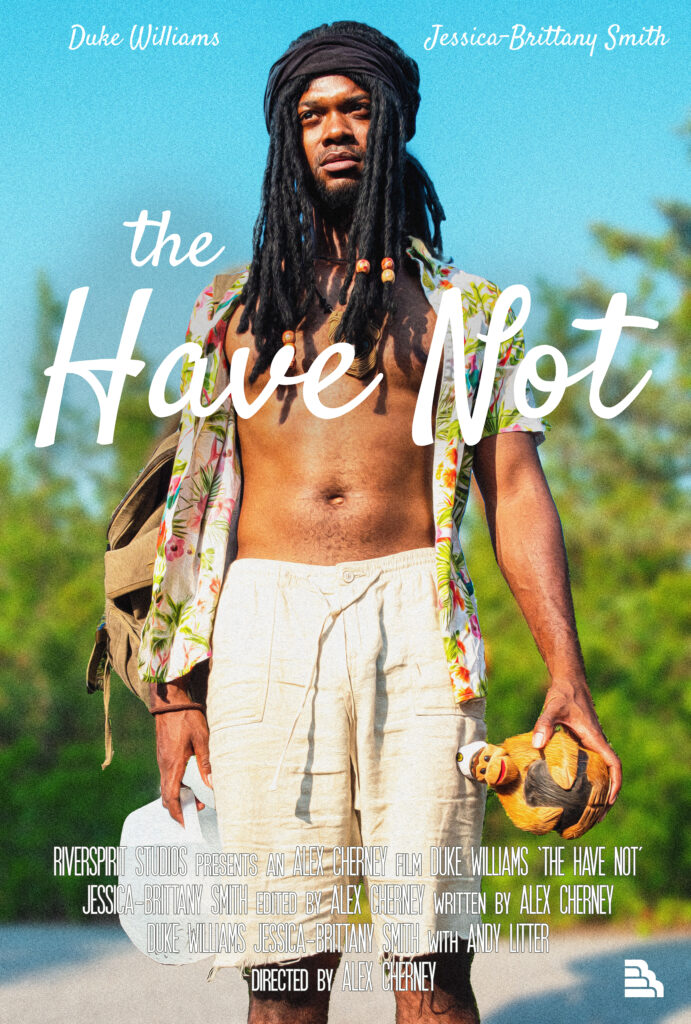 The Have Not film is very well cast, written, and directed. The storyline and locations are great. Each shot and transition had a purpose and moved the story along amazingly. The movie is very funny, entertaining, and deep at times. Is there a lesson you want audiences to learn from watching?

Alex: Wow, thank you! It means a lot to hear that. I wouldn’t say there is a specific lesson I want audiences to learn from the film, but we explored lots of human conditions that might help start an internal monologue or a dialog between fellow watchers of the film. What it means to have drive, how we treat people we can’t relate to, and how to change our inner being. I always dreamed of this film being a world people could tune into when they needed to feel a certain way. Even if the movie is just on in the background. That specific way of feeling will vary from person to person, but I’ve always found that the most powerful films do that to me. They inspire me to live with purpose, and I hope the same for The Have Not.

What is vital for us to know about the movie before we watch it?

Alex: I love going into movies without knowing anything.. so I’d say nothing! Well maybe a few things — it’s 80 minutes, it’s a slice of life film, and it’s not for kids. 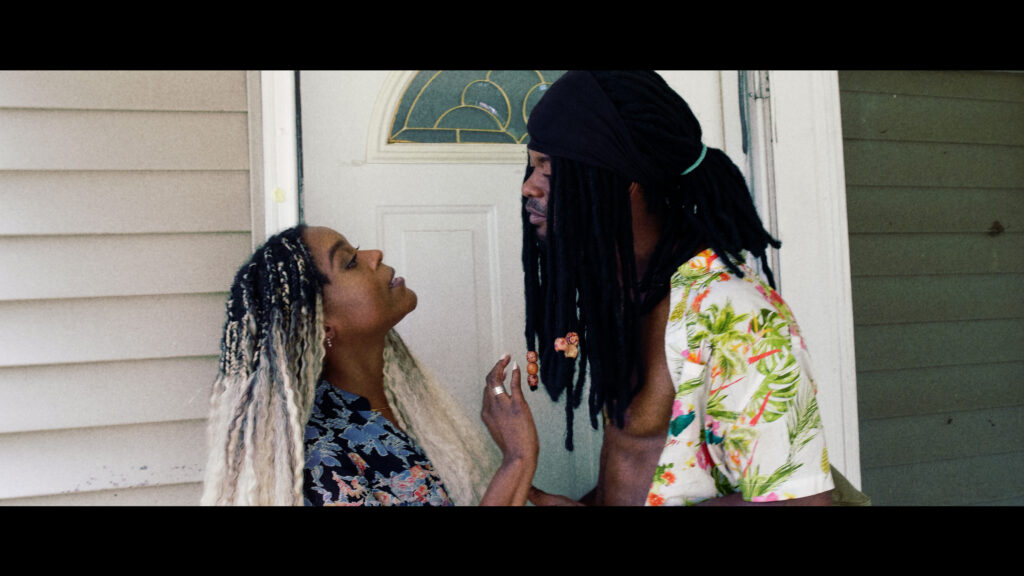 Duke Williams and Jessica-Brittany Smith in “The Have Not”, Directed by Alex Cherney

Alex: Oh boy, the entire nature of the project was a big challenge haha. The lead actor Duke Williams and I went out into the real world with a character, a camera, and an idea and allowed the film to find us. We had to be super open to everything that came our way. Post-production was essentially the screenwriting phase, where I spent a lot of time sequencing what we were able to capture, then we decided what to film next and repeated that process a few times. We brought on Jessica-Brittany Smith to play Sky and she was also a writing collaborator to help turn our experiment into a movie. The best moments were some of the interactions we had with strangers that ended up being just pure gold, filming at Coney Island, and filming with my friend Andy, who has since passed away. The film is dedicated to him.

What’s in your director’s tool kit? What are the must-have items you need to make a film?

Alex: A reason for doing the film. A driving life force energy that helps inform every decision made along the way. A really great team. I love working with smaller teams where everyone has more responsibility and a stake in the film creatively. An outside support system, to help serve as ‘the audience’ when finalizing the edit. And then more literally… my director’s viewfinder, a fast computer, and coffee.

When you’re not making awesome movies, what else do you like to do?

Alex: Make music! I write and record as Alex Cherney. Similarly to film, I like working in lots of different genres. I recently put out a classic reggae-sounding album which you can hear on vinyl or streaming. @alexcherneymusic on Instagram. I also love building things (I designed & built my tiny house and a greenhouse), going on walks with loved ones, collecting gemstones, and playing pool.

Who would you like to thank for being a part of your filmmaking journey with you?

Alex: Definitely my parents. Madeline & Stu have been nothing but supportive since my first feature back in 2013. They’ve let me turn their house into a full-blown studio for a few of my films, have encouraged me to be creative and go after what I love from a young age, and even can be seen acting in my films (my mom & dog Beauxette co-star in my next movie).

What are you excited about for the remainder of the year and in 2023?

Alex: Definitely my next film, Dog Fugitive! Which is currently in post-production and will be until late Spring 2023. It’s the riskiest film I’ve made and that excites me. I’m also excited to meet new inspiring people.

Alex: Dog Fugitive, some new music, comedy videos on Instagram, and a how-to blog for designing and building your own tiny house!

Keep up to date with Alex: