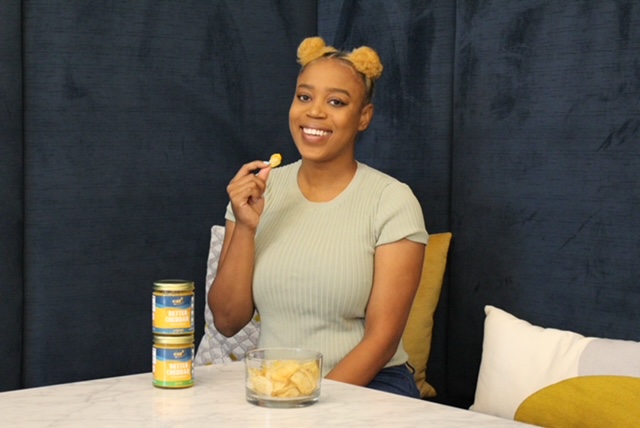 October is National Women’s Small Business Month celebrating entrepreneurs who took the plunge to start a business despite gender barriers. Forty years ago women owned less than 5% of all businesses in the United States, that number is now over 42%. One woman adding to that number is Dianna King.

Dianna is the co-founder of Eat UNrestricted. She has a family history of cancer and it inspired her to make the change to a vegan diet during June 2016. Shortly after hosting community dinners in 2016 she received a lot of compliments on the mac and cheese she would make.

She worked on perfecting the recipe for 2 years and met Eric Thompson who became a co-founder and helped her continue the perfection process for the recipe. They have introduced their “better cheddar” to the local market and have been given great positive feedback.

Tell us a little about your history with entrepreneurship.

Dianna: Eat Unrestricted is not my first venture as far as a small business. I also tried starting businesses while in school. One of them was baking vegan cupcakes, which really took off back then. However, although I saw growth potential for the business, I decided to stay in school for engineering. I promised myself that I would start a business after I graduated from GA Tech.

Who is your business role model? Why?

Dianna: My parents due to seeing how their hard work, knowledge, and resilience had paid off to make a successful business even when they literally started with nothing.

What’s your best piece of advice for aspiring and new entrepreneurs, especially women?

Dianna: Have a plan! Don’t start a business until you first have a plan.