DOCUMENTARY SPECIAL, BEYOND THE HEADLINES: GABBY PETITO, WILL DEBUT FOLLOWING THE MOVIE FEATURING INTERVIEWS AND INSIGHTS FROM THOSE CLOSE TO STORY

With October marking the start of Domestic Violence Awareness Month, The Gabby Petito Story is set to premiere on Saturday, October 1 at 8/7c on Lifetime and star Skyler Samuels (Nine Lives of Chloe King, Scream Queens) as Gabby Petito and Evan Hall (Orange is the New Black, Mars) as Brian Laundrie. Timed to the one-year disappearance of Gabby Petito, the movie is part of Lifetime’s Stop Violence Against Women public affairs initiative. As a trusted destination for women, Lifetime created a new PSA to debut as part of the movie’s roll out, driving to the important work of the network’s partner, the National Coalition Against Domestic Violence and their helpline to provide resources for women. The documentary special, Beyond the Headlines: Gabby Petito will air following the movie at 10/9c for a more in-depth look at the true story.

The Gabby Petito Story explores Gabby and her fiancé Brian Laundrie’s complicated relationship and what may have gone wrong during their cross-country trip that resulted in Gabby’s tragic murder.

The disappearance of Gabby Petito captured America’s attention, setting off a nationwide search for the 22-year-old travel blogger after her parents reported her missing in September 2021, when she failed to return home following her cross country “van-life” trip with her fiancé Brian Laundrie. Non-stop coverage on the news drove amateur sleuths to dissect Gabby’s social media posts for clues about what happened to her during her trip, leading to the eventual discovery of her body in Wyoming. As the one-year anniversary of her tragic death approaches, the movie will bring to life Gabby and Brian’s doomed love story, including the warning signs that Gabby’s life was in danger, the ensuing search for her, the eventual discovery of her murder and ultimately, Brian’s suicide. 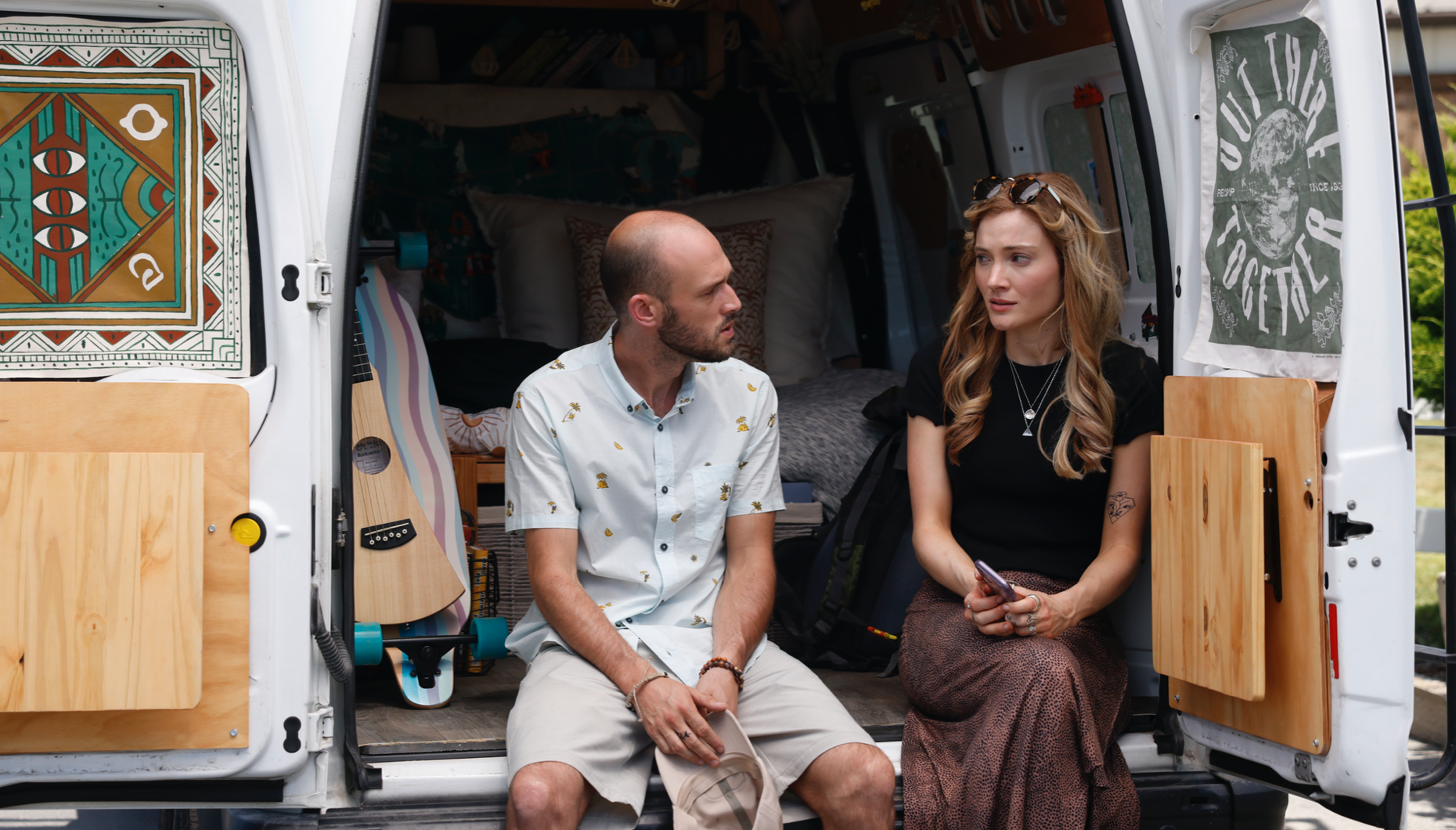 Skyler Samuels is best known for playing ‘Chloe King’ in ABC Family’s Nine Lives of Chloe King, which garnered her a Teen Choice Award for Breakout Actress. Samuels followed that with a leading role in Ryan Murphy’s Fox series Scream Queens. She also worked with Murphy again on FX’s hit series American Horror Story: Freak Show. Recently, Samuels starred as a series regular on Fox’s The Gifted. She also starred in Lifetime’s Switched Before Birth. Her film credits include Liongate’s Public Disturbance, Spare Room, The Duff and shot a lead in the Sony Franchise The Meg with Jason Statham.

Evan Hall was a recurring character on the critically acclaimed Orange is the New Black. He was also a series regular on the Nat Geo series Mars, produced by Brian Grazer and Ron Howard’s Imagine Entertainment. Hall has amassed an impressive list of guest star credits including shows such as Elementary, Blue Bloods, The Equalizer, Blacklist and more. His film credits include Rebel in the Rye, In Searching, C Street and Just Ask, as well as numerous shorts. He also has a long list of voiceover credits.

Golden Globe®, BAFTA® and Emmy®-nominated and SAG-winning actress Thora Birch (The Walking Dead, American Beauty, Ghost World) makes her directorial debut in this film and plays Gabby’s mom, Nichole Schmidt. The film marks Birch’s return to Lifetime, having starred in highly rated films, Homeless to Harvard: The Liz Murray Story in 2003 for which she earned an Emmy® nomination and The Pregnancy Pact in 2010. 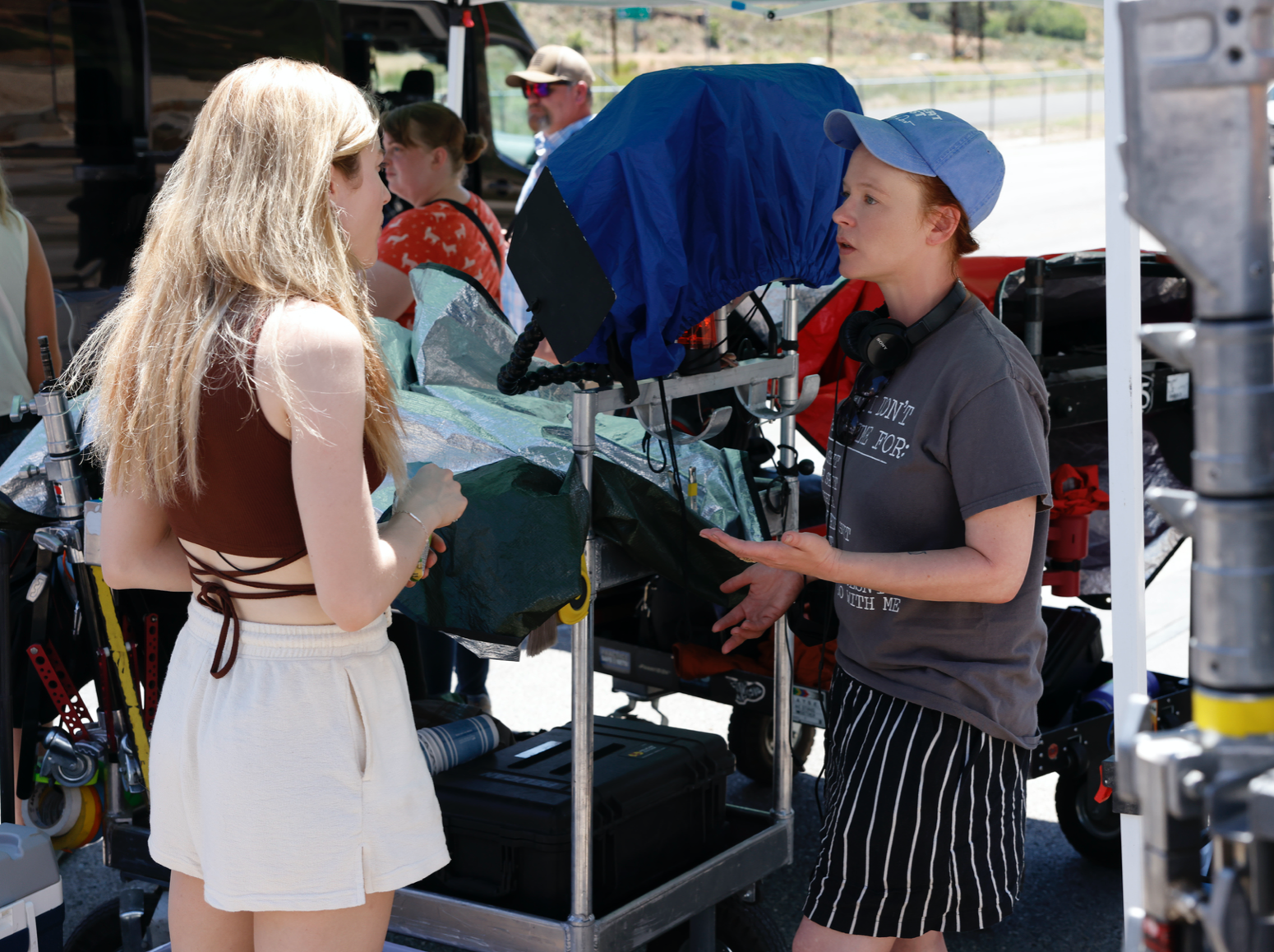 Being a leader in telling powerful stories of women and providing a platform to shine a light on unheard voices, Lifetime is also in development on several movies surrounding violence against women who may not have had the same media attention as Gabby Petito. These include the stories of Carlesha Freeland-Gaither, Adriane Fields, Beatrice Weston, among others, with each project in various stages of development.

Beyond the Headlines: Gabby Petito is a one-hour true crime documentary special that will chronicle the twists and turns of the tragic road trip through the lens of Gabby’s social media presence as told both by the people who knew her best and a community of online strangers and cyber sleuths who ended up banding together to ultimately solve this shocking homicide. Two timelines were unfolding in the Gabby Petito story — a private one and a very public one. Beyond the Headlines: Gabby Petito will give viewers an inside look at both sides of Gabby’s life and the chasm that existed between the two.

About National Coalition Against Domestic Violence
NCADV is the voice of victims and survivors. We are the catalyst for changing society to have zero tolerance for domestic violence. We do this by affecting public policy, increasing understanding of the impact of domestic violence, and providing programs and education that drive that change.

About Lifetime
Celebrating over 35 years of entertaining audiences, Lifetime is a premier entertainment destination for women dedicated to offering the highest quality original programming spanning award-winning movies, high-quality scripted series and breakout non-fiction series. Lifetime has an impressive legacy in public affairs, bringing attention to social issues that women care about with initiatives such as the long-running Stop Breast Cancer for Life, Stop Violence Against Women, and Broader Focus, a major global initiative dedicated to supporting and hiring female directors, writers and producers, including women of color, to make its content. Lifetime Television®, LMN®, Lifetime Real Women® and Lifetime Digital™ are part of Lifetime Entertainment Services, LLC, a subsidiary of A+E Networks. A+E Networks is a joint venture of the Disney-ABC Television Group and Hearst Corporation.

Owner of Agape’ Love Senior Care, Tyre Larkins Created A Business Out Of Caring For Others