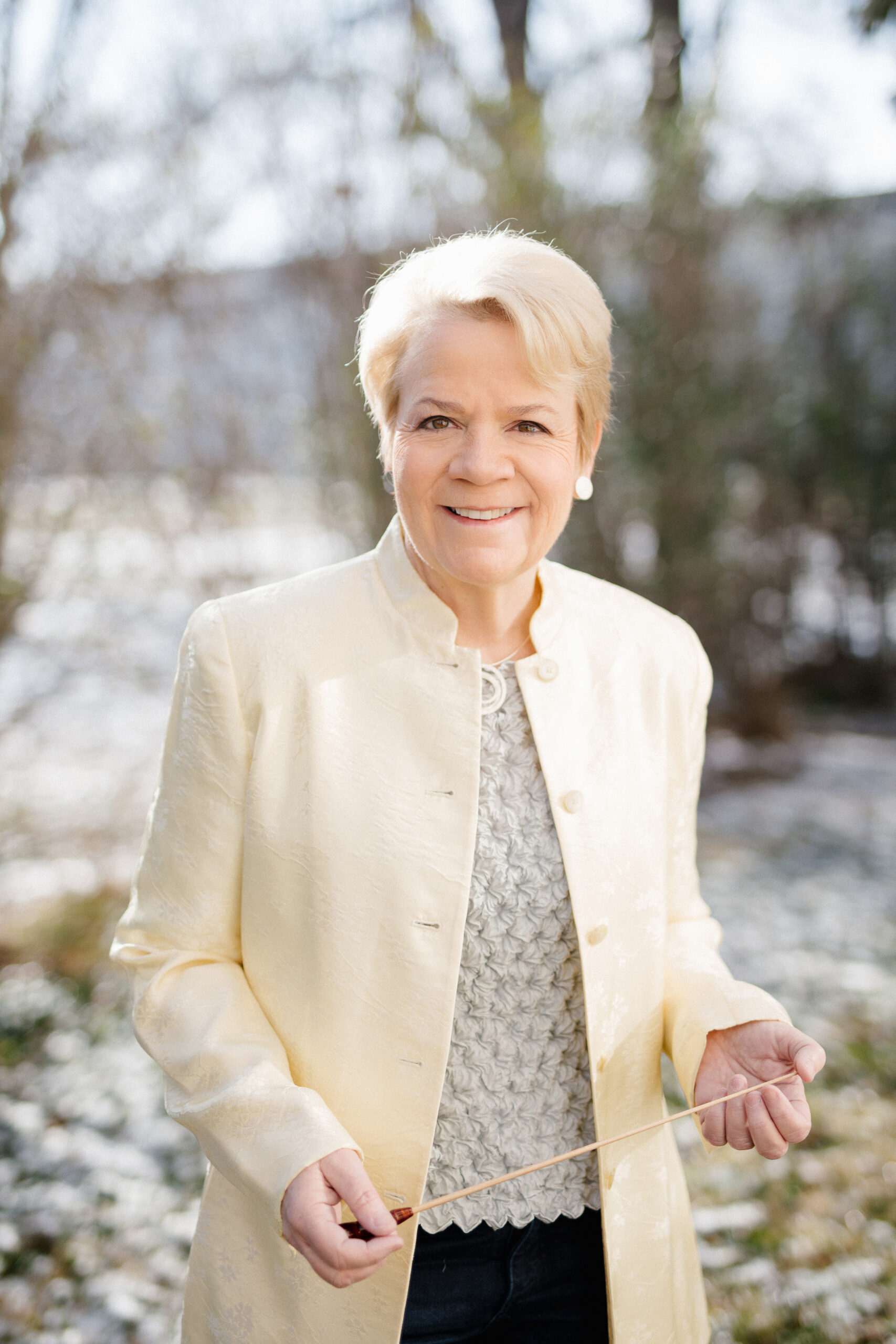 One of the foremost conductors of our time, Marin Alsop represents a powerful and inspiring voice. The first woman to serve as the head of a major orchestra in the United States, South America, Austria and Britain, she is internationally recognized for her innovative approach to programming and audience development, her deep commitment to education, and her advocacy for music’s importance in the world.

Alsop currently serves as Chief Conductor of the ORF Vienna Radio Symphony Orchestra, the first Music Director of the University of Maryland’s National Orchestral Institute + Festival (NOI+F), and the first Chief Conductor and Curator of Chicago’s Ravinia Festival, where she curates and conducts the Chicago Symphony Orchestra’s summer residencies. She is also Conductor of Honour of Brazil’s São Paulo Symphony Orchestra (OSESP) and holds the title of Music Director Laureate and OrchKids Founder at the Baltimore Symphony Orchestra, after recently concluding an outstanding 14-year tenure as its Music Director. As well as enjoying longstanding relationships with the London Philharmonic and London Symphony Orchestras, she regularly guest conducts such major international ensembles as the Orchestra of the Age of Enlightenment, the Orchestre de Paris and the Cleveland, La Scala, Leipzig Gewandhaus, Philadelphia and Royal Concertgebouw Orchestras. An ardent champion of new composition, she was Music Director of California’s Cabrillo Festival of Contemporary Music for 25 years. Last season, in collaboration with YouTube, Google Arts & Culture and a host of the world’s leading arts organizations, she spearheaded the #GlobalOdeToJoy, a crowd-sourced video project to celebrate Beethoven’s 250th anniversary and amplify his Ninth Symphony’s call for tolerance, unity, and joy.

The first and only conductor to receive a MacArthur Fellowship, Alsop has also been honored with the World Economic Forum’s Crystal Award and numerous honorary doctorates. Recognized with Grammy, Classical BRIT, and Gramophone awards, her extensive discography includes recordings for Decca, Harmonia Mundi, Naxos, and Sony Classical. To promote and nurture the careers of her fellow female conductors, in 2002 she founded the Taki Concordia Conducting Fellowship, now renamed in her honor as the Taki Alsop Conducting Fellowship. The Conductor, an award-winning documentary about her life, debuted at New York’s 2021 Tribeca Film Festival. 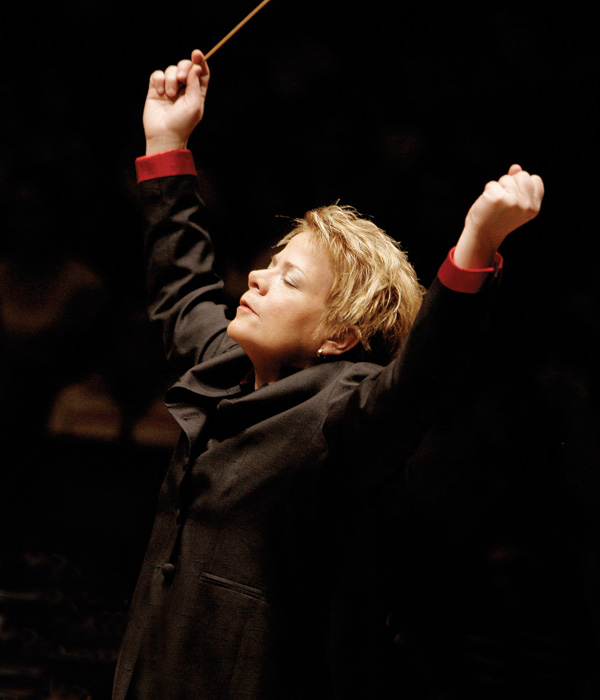 What does music mean to you?

Marin: Music is nourishment for the soul; it brings people together to experience a non partisan emotional journey where every reaction is valid. Music can transform people and change lives.

What was the journey like for you to become a conductor?

Marin: It was a long journey filled with many rejections, but being able to realize my dream of becoming a conductor turned it into a journey more often filled with joy and surprise.

In what ways has the world of classical music changed for the better since you first began your career?

Marin: The field has only recently opened up to more women, thanks to the “Me Too movement”. This change to engage more diverse artists (performers and composers) has transformed the opportunities open to women. And, while it is thrilling to see change finally manifesting, the numbers tell a different story: “It is more likely that a woman will head a G7 nation or become a 4 star general than head a major American orchestra.”

What keeps you motivated to stick with your profession?

Marin: I love conducting and working with amazing musicians to bring joy to listeners.

Marin: I’ve had so many memorable moments: conducting my mother and father at the NYC Ballet; working with Leonard Bernstein, conducting concerts with him and traveling with him to Japan: conducting the Last Night of the Proms in 2013, becoming the first woman to do so.

What are some of your latest projects and what can we be on the lookout for?

Marin: I am deeply engaged with the fellowship I started in 2002: the Taki Alsop Conducting Fellowship which is celebrating its 20th anniversary this year with a Global Concert Series. (www.takialsop.org)

I am still engaged in a project I started called “The Global Ode to Joy Project” which is a reimagining of Beethoven’s Ninth Symphony with new texts and inclusive interludes. The documentary on me called “The Conductor” is now showing on airplanes and available on Amazon Prime.

What are your top two favorite pieces of classical music and why?

Beethoven’s Sym 9 because of its inspired innovation and humanitarian message of unity, tolerance, and joy; Brahms’ German Requiem, a piece he originally wanted to call “a human requiem” – it is a gorgeous and intimate expression of grief yet a piece that joyously celebrates life. Bernstein’s MASS – a theater piece for actors, singers, musicians, children, and marching band. It is a work of inclusivity and engagement, crossing all musical barriers from rock to contemporary. It is quintessential Bernstein – rule-breaking, fun, and totally American.

I am passionate about music education for kids and started a program in Baltimore with 30 first graders in 2008 and today there are 2,000 kids playing instruments! It’s called “Orchkids”. 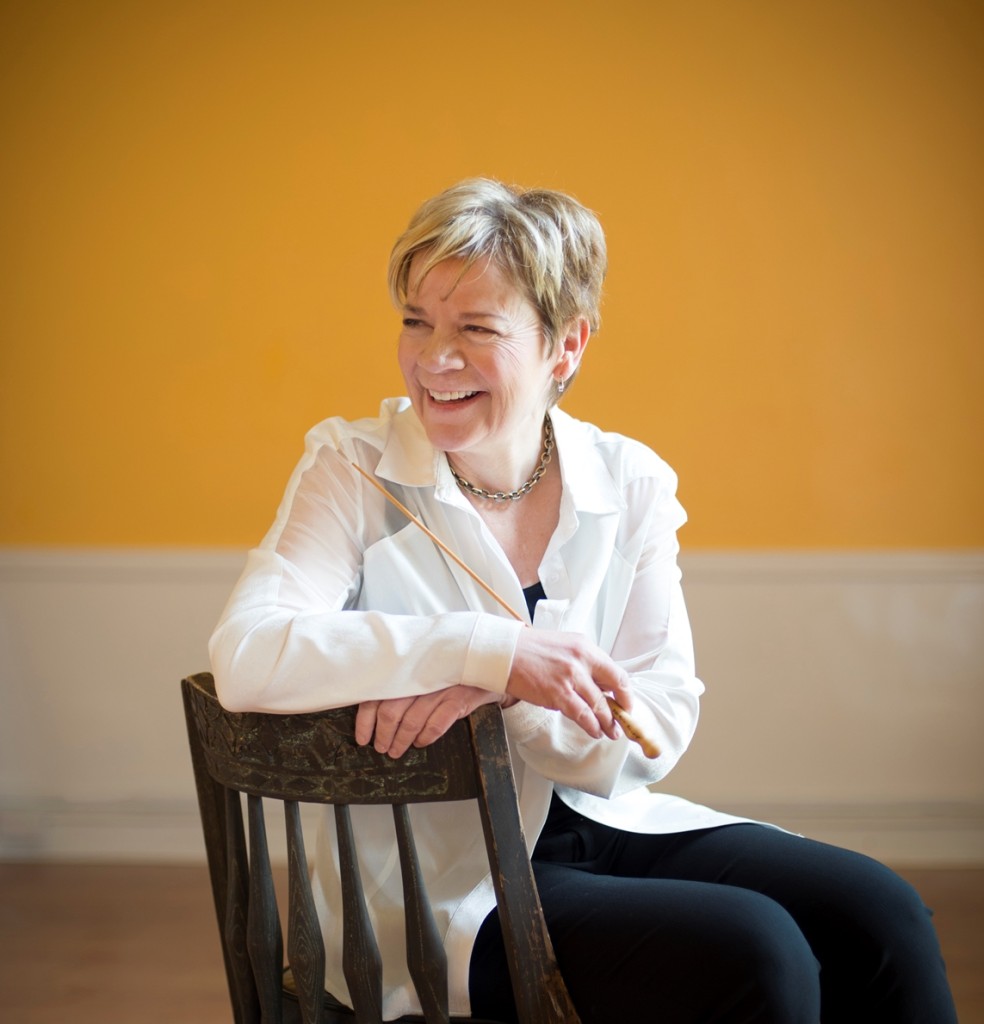