Next month, The John F. Kennedy Center for the Performing Arts celebrates its namesake with the opening of “Art and Ideals: President John F. Kennedy” – a new permanent exhibit exploring Kennedy’s presidency and his commitment to the arts. 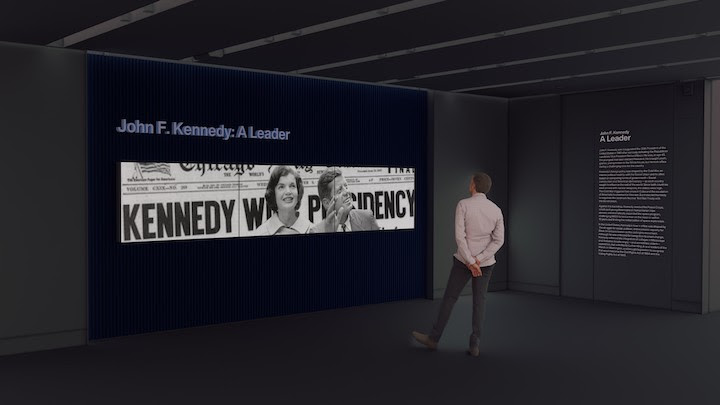 The exhibit opening crowns the center’s landmark 50th anniversary season, which has looked back at Kennedy’s legacy and examined how his values continue to inform the vision of the nation’s cultural center.

Bringing to life the worlds of culture and politics at a time of tremendous social change, “Art and Ideals” appeals to a wide range of visitors, whether unfamiliar with U.S. history or well-versed in it, whether grade-school level readers or far above, and whether first-time guests or loyal regulars. The first of its scope in Kennedy Center history, this major flagship exhibit will open to the public on September 17. 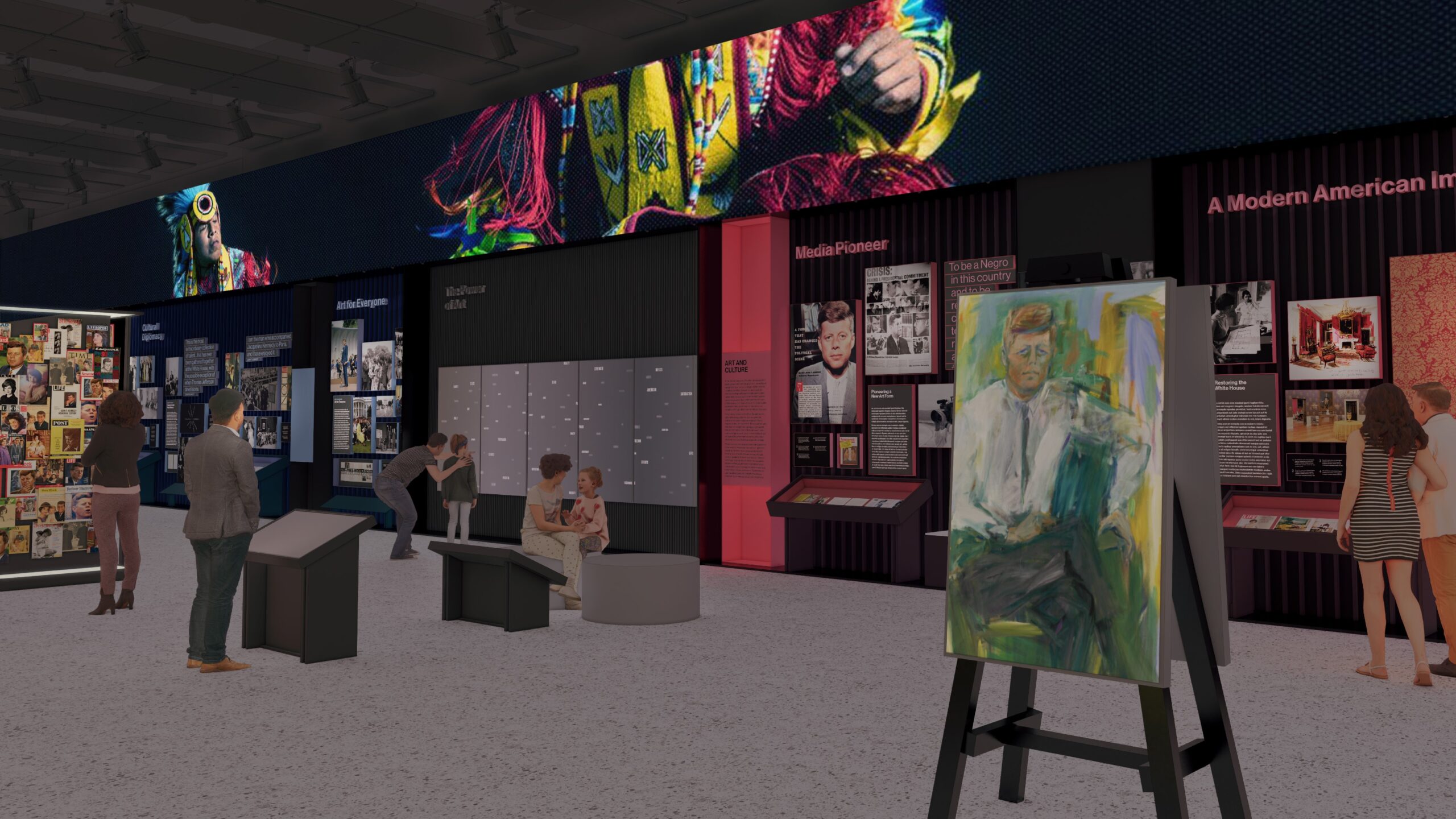 Dinner at the White House * Through touchscreen “plates,” visitors learn about prominent cultural figures who attended Kennedy dinners, consider which contemporary guests they might choose to invite today, and discover themes and connections between them.

The Power of Words * Keywords from landmark Kennedy speeches on a large, mirrored wall come together to form sentences as visitors approach. While hearing the quote in Kennedy’s own voice, visitors can see and photograph themselves reflected among his words on the wall.

Dynamic Portraiture * introduces visitors to the historic Kennedy portrait by expressionist painter Elaine de Kooning; using touch-screen technology visitors can create self-portraits inspired by her distinctive brushstrokes and palette. After taking a photo, selecting from a range of styles and colors, and watching the finished painting emerge, each visitor receives a QR code to download the portrait to their smartphone. 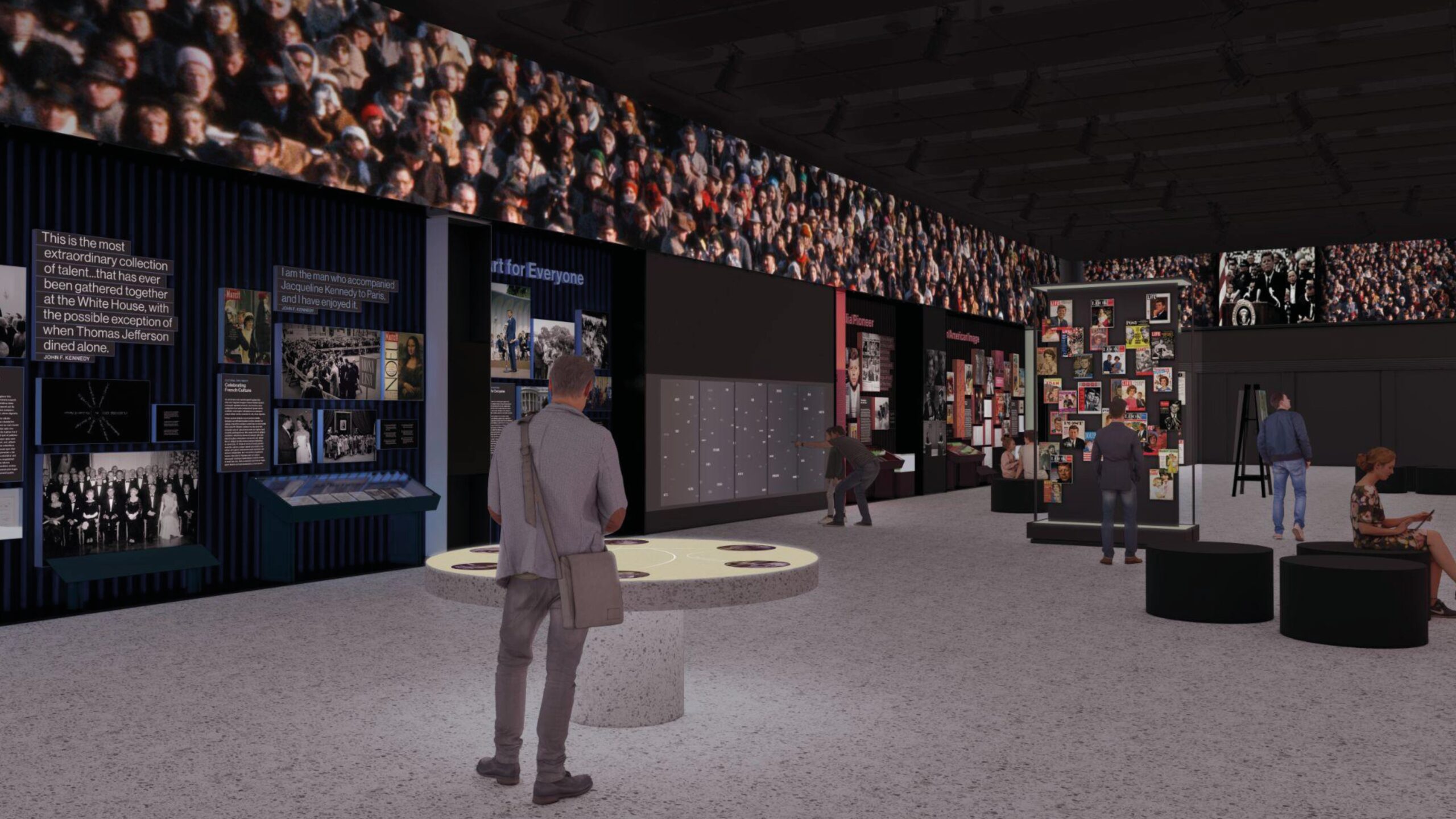