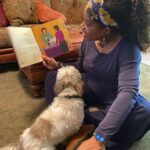 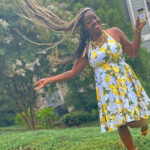 LMN’s prolific Wrong franchise returns this summer with the second season of the hit movie series event, Keeping Up with the Joneses, airing four consecutive Fridays beginning July 8 at 8p/7c. The four two-hour films are produced by Hybrid and executive produced by and star Vivica A. Fox is the matriarch of a wealthy family, who along with her four stepdaughters, will stop at nothing to protect their business and family after they are threatened. Kandi Burruss (The Chi, The Real Housewives of Atlanta) returns to narrate the films which also star Ted McGinley, Michael Pare, Arie Thompson, Ciarra Carter, Jasmine Aivaliotis, Marcos James, and Shellie Sterling.

The first season of Keeping Up With the Joneses will be available on-demand as well as on the Lifetime App beginning June 22. Season one of Keeping Up with the Joneses reached 5.2 million viewers when it premiered last summer. LMN has also posted six straight months of year-over-year growth in prime among total viewers2.

After the death of her second husband Webb (Ted McGinley), Robin (Fox) stands to inherit a fortune with the help of family lawyer Sheldon’s (Michael Paré) legal wrangling. Carrie’s (Carter) philanthropic endeavors have always taken a backseat to the family’s business, but now, with Lance (Adonis Williams) at her side, she plans to expand her role by creating the Crystal Water Fund. Meanwhile, Kayla (Sterling) is enjoying the single life until she meets Carter (Sam Schweikert) who she quickly falls for. Tara (Aivaliotis) begins an affair with her college professor, while Pam (Thompson) strikes up a friendship with Stephen Napoli (Chris Cleveland), the CEO of the construction company building the family’s new water facility and who she grows close to after the building is vandalized. But Pam is in for an even bigger shock when the child whom she gave up for adoption years ago suddenly returns!