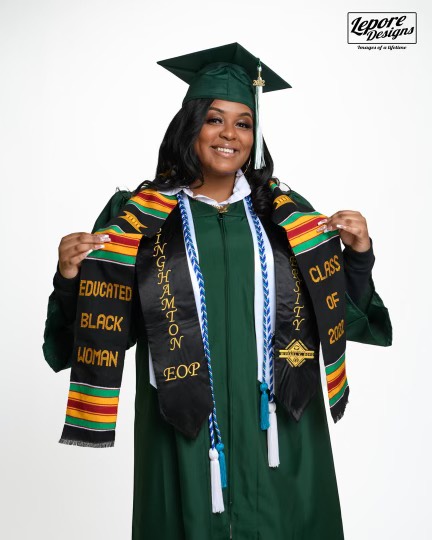 In 2019, more than a third of the US adult population had a bachelor’s degree or higher, but only 26% of Black Americans and 18% of Hispanic Americans did. Elisse Howard recently graduated from Binghamton University with a BA in Psychology and a BS in Human Development.

She is so happy to announce her official acceptance into the Masters of Social Welfare program at UCLA! After being accepted to both Columbia and NYU which were her NYC dream schools, she decided to step out of her comfort zone and go to her dream school in California.

As an undergrad, Elisse couldn’t afford these schools and UCLA gave her the privilege to have a good education at a great price. She always loved helping others and working with local communities. Elisse’s intersectionalities as a Black, Latinx woman have caused her to see how systematic oppression and discrimination can heavily affect marginalized communities. Her mission is to fight against white supremacy, imperialism, misogyny, xenophobia, colonialism, and racism and continue to be a voice for those silenced. 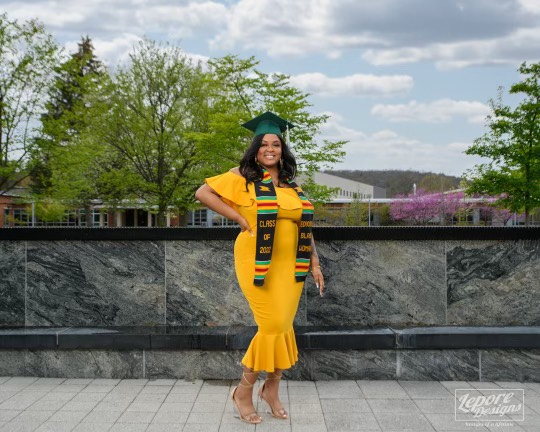 The youth are our future! Help Fund Elisse Howard to California — UCLA.

Elisse has graduated with a dual degree and has attained her Bachelors of Arts in Psychology and Bachelor of Science in Human Development. She’s been on the Deans list several times, apart of two honor societies, and showcased her TEDx Talk on white supremacy and racism in higher education. She’s worked at a local group home near her school and loves to uplift and support children’s growth full-time while doing full-time school. She also assisted transfers transition to college as a college peer mentor. Her other jobs in the past included working with a non-profit called Henry Street Settlement and working closely with her university as a Resident Assistant and Orientation Advisor. Lastly, she was apart of several extracurricular activities such as being apart of The Latin American Student Union and The Educational Opportunity Program. From these experiences, she gained skills such as being CPR certified, Therapeutic Crisis Intervention Certified, and several other skills.

We Empower Magazine obtained an exclusive interview with Elisse.

Congratulations on your graduation! How was your experience at Binghamton University?

Elisse: My experience at Binghamton University was tumultuous yet advantageous. Going to a predominantly white institution and being a part of a select group of Black and Latinx people was extremely hard. In the beginning, many students would paint me as unapproachable or an “angry black woman”. A lot of students outside of my identity were scared to talk to me and surprised by the way I speak. They would chastise me with things such as “why do you speak so white” or “you are different from other Black people”. Constantly I had to explain being white and being educated are not interchangeable. Professors, peers, and others would constantly challenge me, and often times I was not protected as a Black woman on campus. As a resident assistant, I quit due to my residents saying the n-word and when I went to the administration, they asked me to leave the community I worked so hard to create. I also had professors feel like my voice was making other students feel inferior or I took up too much space. Even though I got amazing Opportunities such as a broad network, several jobs, and being a part of the Educational Opportunity Program; I still suffered from imposter syndrome. I constantly felt like the other and the positive influences and people around me reminded me that I belong and more than deserved to get an education. Working full-time as a student and at work humbled me and gave me more of a reason to be a voice for those who don’t have access to the education and tools that others that are more privileged have.

What are you looking forward to upon you entering UCLA?

Elisse: A fresh new start. I got into Columbia University, NYU, and UCLA which were all my dream schools. I never thought in undergrad and now in graduate school that I can afford them. UCLA has given me an opportunity I thought someone who came from an immigrant family was not able to afford. Now I can do my master’s in social welfare and sharpen my social work skills. My dream is to get my LCSW and Ph.D. eventually and UCLA is the stepping stone.

What sparked your passion to fight against white supremacy, imperialism, misogyny, xenophobia, colonialism, and racism?

Elisse: I had amazing professors such as Professor Denise Yull and Leo Wilton who enlightened me to media, books, articles, and everything in between in those subjects. I have always been taught since a little girl to live a life of service and to fight for the justice and rights of others. Those very things are the reason why America is such a harmful place for those in marginalized communities to live. That’s why I want my own nonprofit that caters to communities and their specific needs, especially the needs of children. I don’t believe in equality, I believe in equity. As soon as we start recognizing and protesting in unity for everyone’s human rights together, the world will be a better place.

What impact do you want to make on the world to empower others?

Elisse: I want to show the world that you can be a Black and Latina-educated entrepreneur. Despite having to work in a society that oppresses the “other” and caters to white people, you still can succeed. Instead of teaching the Black and Latino community to struggle, I want to help people like me and other communities as well that they deserve just as much funding, resources, and tools, as are white counterparts, are automatically given. A big part of mental health is having the money and resources needed. I want to start my own non-profit and eventually have my own foster home and give back to the community. Eventually, I want my non-profit to be worldwide and encourage everyone to be unified and allocate resources to those in need.

Elisse: I was bullied a lot for being a joyful, bubbly spirit. In a world full of darkness, be the light. During the pandemic, I have learned that healing and addressing mental health, and helping those around you are everything. You do not need to be a “social justice warrior”. It can be as simple as paying for someone’s drink or complimenting someone. If more of us did one thing a day to brighten someone’s day the world will be a better place. Change starts with yourself. 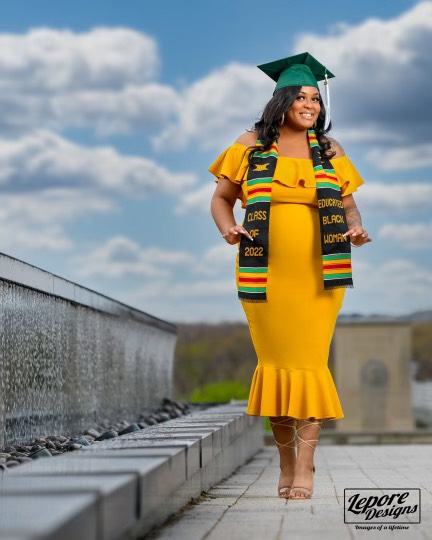 Isn’t she just wonderful yall! Let’s do what we can and help Elisse out with moving expenses and other educational costs. 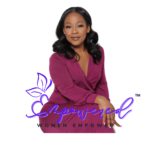