Believed in being called into ministry from her mother’s womb, Faithe was her parents, miracle baby. Her mother had previously had problems conceiving, losing eight children before her birth. When her mom became pregnant with her, she asked the churches to pray that she would carry to term and be born. Making a vow to God that if He allowed Faithe to be born, she would give her back to him in the service of the Lord. Her parents, a respected family with a legacy rooted in ministry, knew the power of God and what he could do. Although Faithe was born prematurely, she lived. Her parents named her FAITH (with an E at the end to make it unique). And from the time faith could comprehend as a child, she was told she was called to ministry. In a recent interview, she explained she had a personal experience where the Holy Spirit spoke to her and confirmed her purpose. 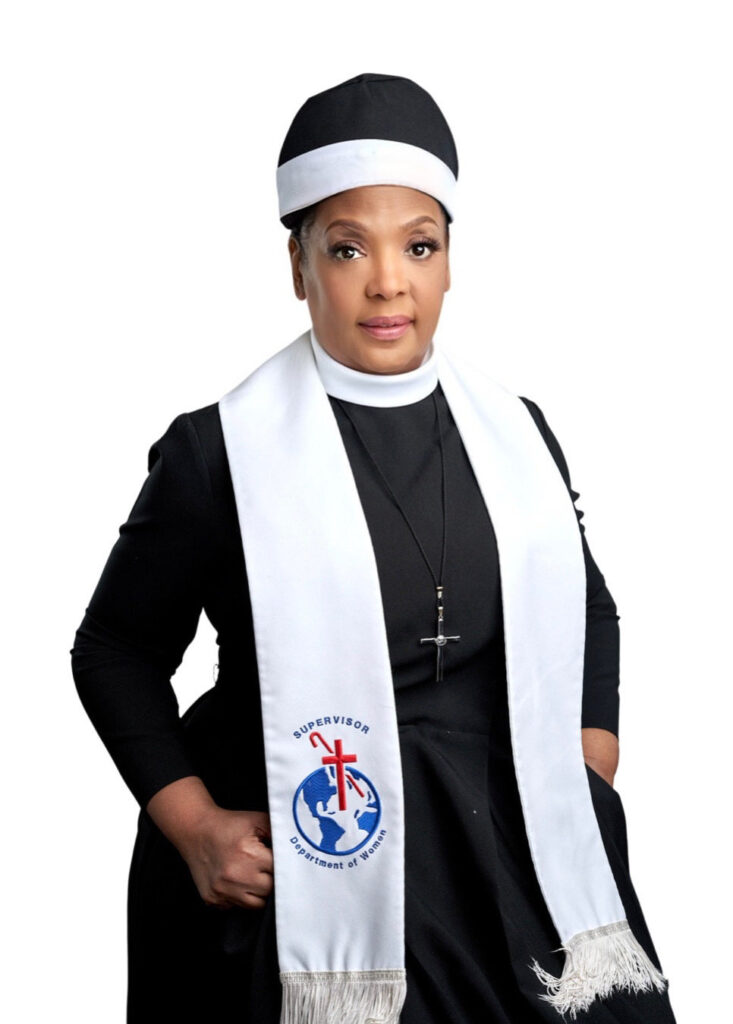 As a result of being raised in a Christian pastor’s home, the ministry has meant everything to me. For as long as I can remember, she and her parents’ lives revolved around serving the people of God and the community. In an interview, Faithe shared her falling asleep on a church pew after doing her homework while my father and mother ministered to the congregation. As a family, their vacations included some form of service.  Consequently, the ministry is what was presented to her as essential.

While life in ministry can be very rewarding, it is not without its challenges. Even when people are called to ministry, they may face hardships or find that their life does not turn out as planned. This is something Faithe learned and very unexpectedly.

Faithe Sheraan Brooks dreamed of one day falling in love, getting married, having four to six children, living in a gingerbread-type house with a white picket fence, and living happily ever after. But that is not her story. At 21 years old, her life changed – she had to have a full hysterectomy. Devastated, she no longer felt “complete” as a woman. She picked herself up as best she could and thrust herself into education and ministry.

Faithe grew into a strong, confident Black woman with hopes and dreams of making an indelible impact on people’s lives through her faith in God. Making peace that she would never have biological children, she became content with the hopes that she would have hundreds of spiritual children and a companion to share the rest of her life with. 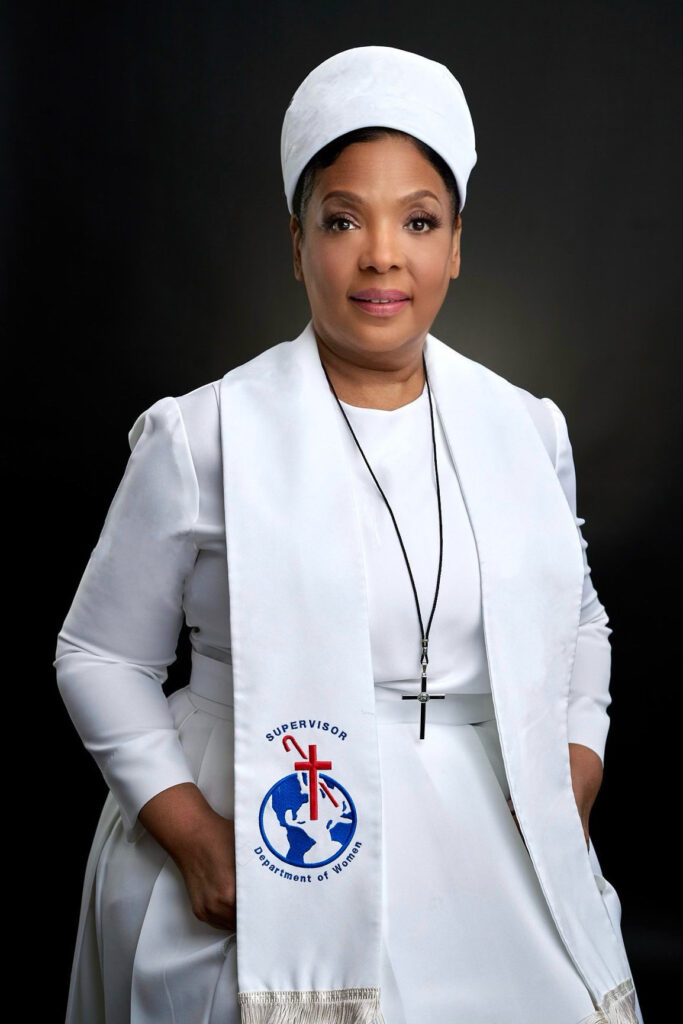 During COVID, tragedy once again struck – not once but twice. Faithe’s parents transitioned within a year of one another (her father – Bishop P.A. Brooks, due to Covid-19), then her mother to cancer a year later. This left Faithe devastated. All of her life, she felt they were the only two people who gave her the strength to keep going after her own tragedy. Now she was evolving again and having to rise from the ashes of grief, depression, and hopelessness. She declared, “I will survive and not only survive but thrive.”

Her father was her role model. She admired him and was convicted of walking into his likeness. There was a time, Faithe shared, that she wanted to be like her mother, and after the hysterectomy, her whole view of her planned life and purpose had changed. Now she wanted to be a speaker, and everything she did revolve around her father. She even thought giving him her kidney would prove her dedication and love. In an interview, she explained, “God ordained that we’d work together in ministry in 2012.”  His death made her very angry. She further explained that she “felt like, wow…here I am, I’ve extended and saved his life by giving of my body, and all I got was “thank you.” I was bitter. I was a little angry with God.”

After Faithe’s father’s funeral, her mom began to have chest pain. An MRI confirmed her mom has Stage 4 cancer. Plunged into caring for my mother, she put a lot to the side. Faithe shared that her mother was determined to live. A year after burying her father, Faithe had the heartbreak of having to bury her mother.

Faithe knew her birth was special, and she was extraordinary. God wanted her here. Walking in faith, she took the challenge to make a positive difference in the lives of others. After she graduated from ORU, she was called into full-time ministry. 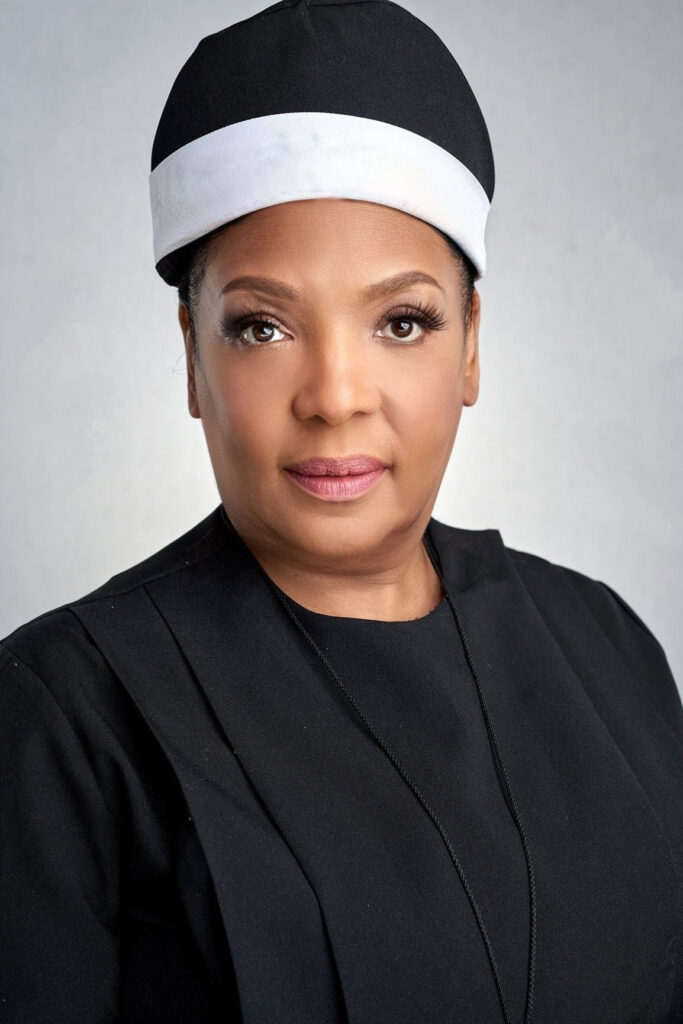 Since walking into her purpose, Faithe has received her honorary doctorate, written two books (Encounters of the God Kind and Developing Faith that Takes), and will be appointed as the eighth official Supervisor for the Department of Women for the Northeast Jurisdiction in November 2022. She is also working on her memoir, Daughter of a King. In this position, Faithe has said she would pour herself into developing, training, mentoring, inspiring, and providing opportunities for the women of her jurisdiction (local churches) to fulfill their God-given purpose and destiny. Last, Faithe has said she wants to assist her local church to continue the vision and purpose her beloved father and the church founder established.