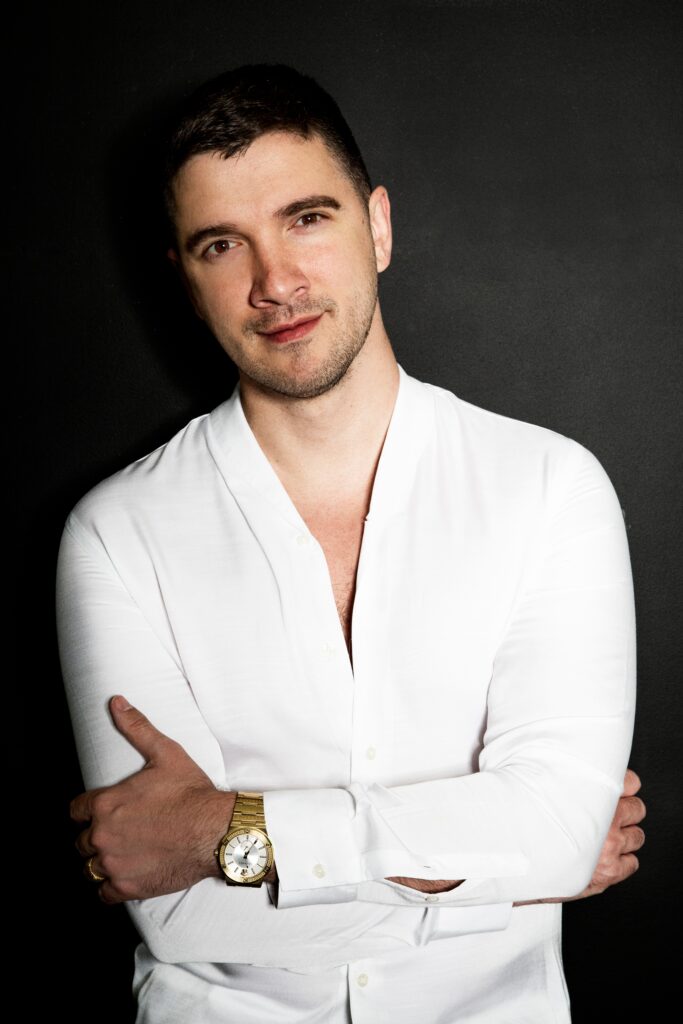 Nemanja Golubovic, founder and CEO of the vastly influential vegan restaurant chain “Kale My Name”, was born and raised in Montenegro. From the inception of his career, Nemanja worked in the hospitality field. Commencing his career as a host Nemanja began to grow his zeal for the hospitality industry. He then advanced through diverse stages in his career. As the multifaceted entrepreneur he is, Nemanja, found himself prevailing as a server, bartender, and floor manager. He perfected his craft in the food industry and was promoted to the general manager at one of Chicago’s most engaged establishments.

Graduating with an impressive degree in public relations in addition to speaking four languages Nemanja is an ambidextrous traveler. He lived in several diverse countries where he was educated on international cuisines; that he would later implement to his brand. Prior to him rooting his entrepreneurial foundation in 2015 in the United States.

Opening his establishment “Kale My Name” became an immense success. The popular restaurant chain acquired its notoriety as being “100% plant-based”. Inclusively thinking of his strategy he adopted his brand’s mantra “vegan for the animals, for our health, and the earth”. Kale My Name, Chicago, opened its doors, in April 2020. The establishment received a neighborly welcome during the opening weekend. The opening was an enormous success. The event ran through 500+ to-go bags the CEO originally purchased assuming it would remain for a minimum of three months. Initially projecting $200 — $300 daily revenue within the duration of two years later “Kale My Name” made over 4 million dollars in sales. Which, landed them as being one of the most successful vegan restaurants in America.

Post-pandemic, the actress and social media powerhouse, Tabitha Brown, was cast on the hit television show “The Chi”. During the duration of her residence in Chicago, she converted into a uniformed consumer and fan of “Kale My Name”. Tabitha fell in love with the food and restaurant. As well, she and Golubovic developed a friendship. Subsequent to the rapping of Brown’s show she became disheartened to leave Chicago. The realization marinated that she wouldn’t be eating at “Kale My Name” on a daily basis. Brown suggested that Golubovic bring Kale My Name to Los Angeles. Deeming the ideological and profitable, Golubovic agreed. The second location in Los Angeles, California opened its doors in December 2021. The video from the opening acquired over 1.7 million views on Tabitha’s viral TikTok handle.

Acquiring a plethora of five-star ratings and reviews, “Kale My Name” has quickly converted into the top-rated vegan restaurant in North Chicago. Kale My Name, received its first nominations by Chicago Reader for “Best Vegan Restaurant in Chicago” and “Best Soup” in the city. VegOut Magazine nominated Kale My Name as the best vegan restaurant in the country. In addition, VegNews Magazine nominated them as the “Best Vegan Casual Restaurant in the United States”. In 2021, they won “Best Vegan Restaurant of Chicago’’ by the Chicago Reader. The ultimate objective for Golubovic is having Kale My Name nationally. Bringing diverse selections of delicious vegan cuisine to the world can change the way consumers view plant-based food; one meal at a time.