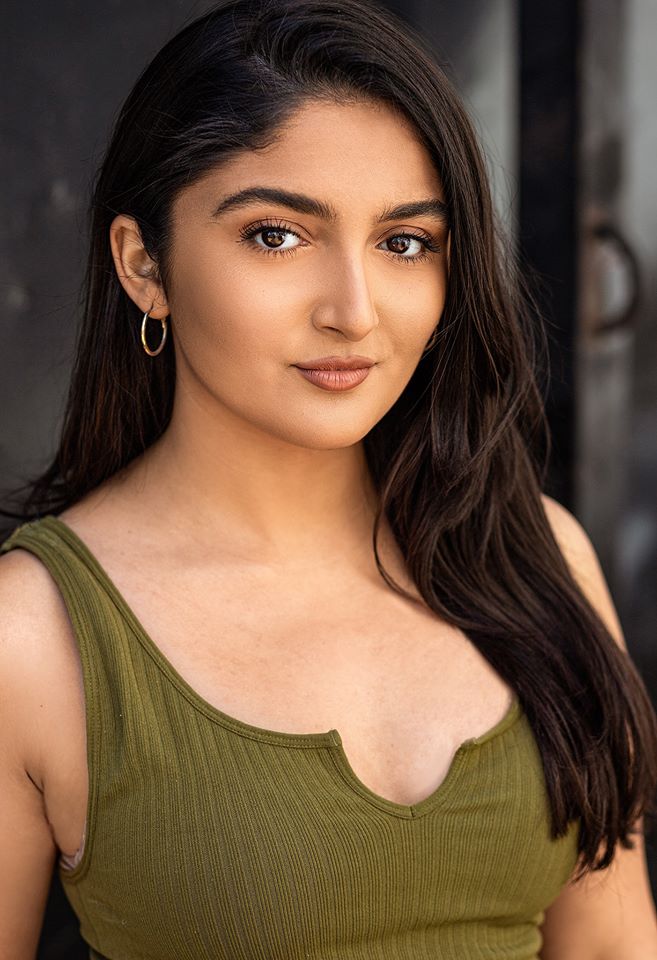 Originally from Lebanon, actress, model, and influencer, Joanna Younes grew up in Kuwait and moved to the United States four years ago to pursue her goals. Ever since, she”s accomplished winning the Best Actress Award at a film festival for a short horror film, wrapped up her first feature film “Night Hunter” which sold out on all three premiere nights, and has collaborated with some large brands for their campaigns, such as Lulu’s, ADT Security, Batiste, CeraVe, Glow Recipe, Bumble, to name a few. Joanna also signed with her talent management in Los Angeles and has been seen for large projects consistently.

We Empower Magazine got an exclusive interview with Joanna Younes. 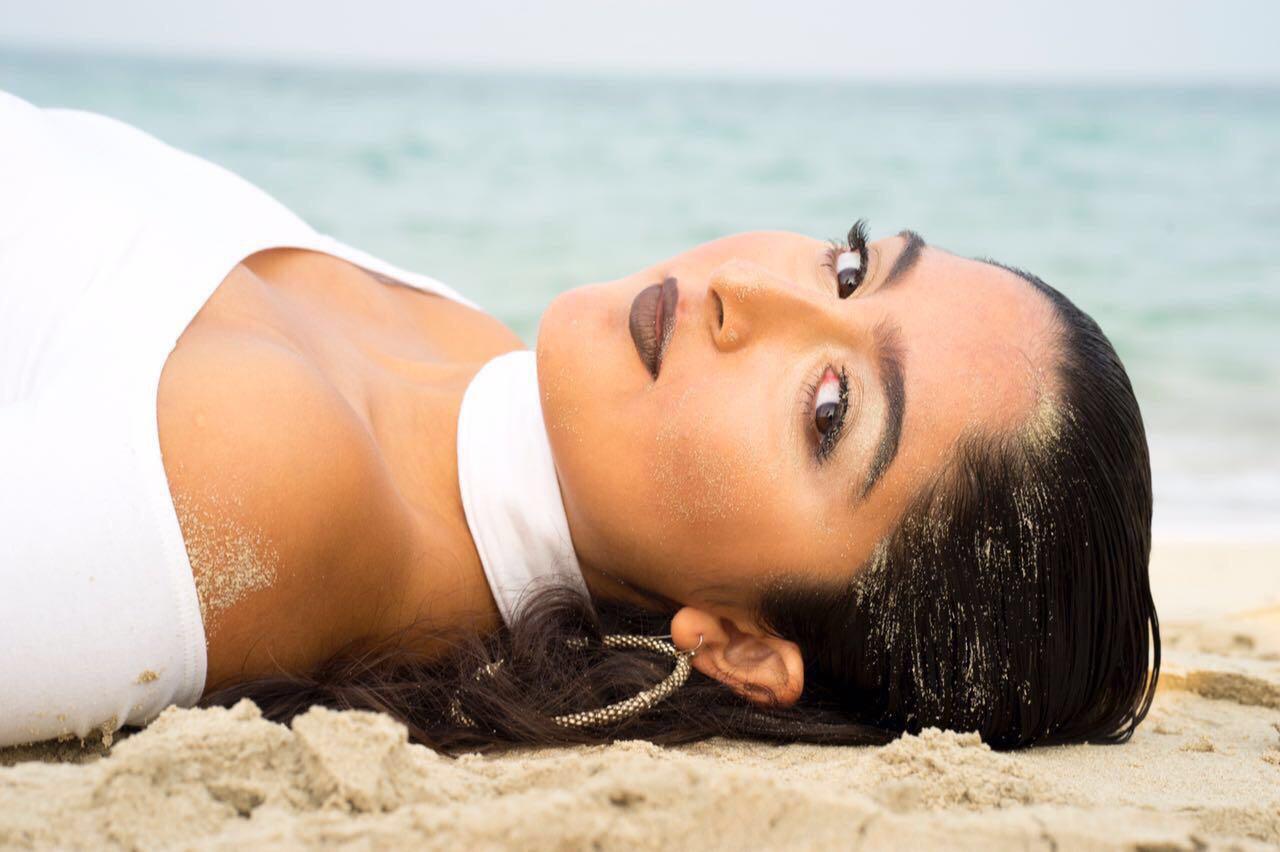 Joanna: I remember growing up being a huge fan of musicals — my mom put me in acting and dance classes when I was six, and so I was sort of immersed into that path without fully realizing it at first. I did a lot of musical theater growing up, and although I didn’t decide that I wanted to pursue acting full-time at such a young age, I did know that I never wanted to stop doing it. I kept honing my craft with my coach back home, the late Mr. Mike Hewlett. He coached me for years and watched me grow. He was the one that planted that seed for me when one evening, he just randomly asked me, “have you considered acting? Like going to drama school and pursuing a film career?”. We were in the middle of working on my monologue, on a random weekday after school. He truly was the one that believed in me and believed I had it in me to pursue an acting career. He was my biggest inspiration and still is to this day. I believe that was what made me truly commit to my career path ever since. I think I was 16 at the time.

What are some of your latest projects and what do you have coming up?

Joanna: My latest project is a feature film that I filmed for almost an entire year, called Night Hunter. I played the role of Sylvia Steel, a drug-addicted teen that runs away from her abusive home. It was such a learning experience for me because it was a film centered around important, mature and more sensitive topics. At first, we really were a group of friends that just wanted to work on a passion project. As we kept filming, we thought to pitch it to some movie theaters in San Diego, and we ended up selling out 3 premiere nights. It was such an eye-opening experience, and proved to me as well as everyone in the cast and crew to never doubt our art — the sky is the limit! I do have some projects lined up, both in film and theater, but unable to share details at the moment due to confidentiality. But I am so excited to share more news with time, and I hope you’ll be along for the ride!

What have been some of the most memorable moments in your career so far?

Joanna: There have been multiple memorable moments that I’m super grateful for! I think the first one was when I won the Best Actress Award at Campus Movie Fest. It’s one of the largest film festivals in the United States, and as someone who’s not from here, I was over the moon when they announced my name. It had only been a couple of months after I first moved here, and when I received that award, I remember feeling so validated. It was a reminder that I made the right choice in being here and actively pursuing my career path. Another memorable moment was when I signed my modeling contract with my modeling agency in Kuwait. I was still in high school, and I had booked my first gig only a week or two later with Eden Spa & Salon. It’s one of the most prominent salons in the country, and it was such a fun experience! Seeing the shots after was surreal — they looked magical and the whole team behind the project killed it. Finally, I think being able to collaborate with some incredible brands and create fun content for them is a career highlight. I’ve always been fascinated by content creation as I get to be the one behind the camera sometimes. Collaborating with Lulu’s for their graduation campaign was probably the most exciting one yet! I was graduating from college, so it was such perfect timing.

What was the experience like for you growing up in Kuwait?

Joanna: I enjoyed my time in Kuwait — growing up there was very community-based. I was around family and had a lot of friends. It was always fun exploring and doing different things every week with them. We’ve camped at deserts multiple times, which was probably the most fun and adventurous thing we’ve done there. Life was pretty slow and peaceful, not a whole lot to do, but it was enough. I could’ve stayed and still had a really good life, but my career would’ve been too secure there. I had, and still have, some wild and big dreams to chase, so it was time for me to go once I graduated high school.

What would you like to see for women in the entertainment industry?

Joanna: I love this question — there are so many things I want to see for women in the industry. Not only do I want to see more representation, inclusion, and diversity, but I want to see all those things in leadership positions within the industry. I’m happy that things are slowly but surely changing in entertainment when it comes to representation, but I would love to see more opportunities for women who want to be leaders, CEOs, directors, producers, and record-label owners. I want to see more women being in positions where they have more control or power over their narratives, stories, and paths. Where they get to be the decision-makers, the shape-shifters, and true leaders. We are so capable and deserving of those things, so I hope to continue seeing more of that.

What is a quote that you live by?

Joanna: My favorite quote of all time is “let your faith be bigger than your fear”. Faith allows us to let go and trust. It’s helped me build trust within myself and feel more secure in who I am. Once we have that security and are able to let go, miracles happen. Our questions are answered and our prayers are heard! I’m not really religious, but I am spiritual, and I believe that what’s meant to be will be. Trust, let go, and allow yourself to receive!

Joanna: I think one message I would love to spread is to always be a big dreamer! Your dreams are valid and you should never be afraid of what you want to pursue. Go after what you want one step at a time, and have faith in yourself.

What advice would you have for aspiring actresses and models?

Joanna: Hm, there are so many things I’ve learned from working with others and the people around me. But one thing I believe is that it’s super important to not care what others think. I know it can be hard, it was tough for me. No one supported me at first, and people told me I was too ambitious. Sometimes you have to be stubborn and just ignore those comments. Maybe even keep those aspirations private, even when things do begin to take off for you. Protect your energy and focus on the things that make you happy! Another tip I would give is to say yes to everything when you first start out. Whether it’s a student film, a low-budget project, or an unpaid gig. Do what you can with what you have, you never know who you might meet, and it’ll help expand your knowledge of the business!

How can we keep up to date with all you have going on?

Joanna: You can follow me on Instagram & Tik Tok! My IG is @joannayounessss. My Tik Tok is @ayooitsjoo.