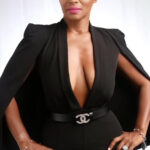 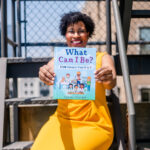 When many studios, Networks, and corporations have struggled to implement the promises of diversity and inclusion within their ranks Jax Media launched the Jax Jobs Program in partnership with Netflix, making significant strides in the industry. Michael [Boogie] Pinckney heads Jax Media’s Jax Jobs Program which is a hands-on boutique approach to recruitment, hiring, and training. Pinckney spearheads the Producer Fellowship, Mentee Development Program, Internship Program, and Master Class sessions.  In its first year, the Jax Jobs Program has hired over 300 Diverse creatives, and currently has 10 Producer Fellows, 7 Mentees, and 9 Interns in the program.

Michael got his start in the business as an Assistant Director for Spike Lee for 15 years working on films like Inside Man, Precious, and TV shows like Broad City and Law & Order CI before transitioning to writing and directing. He went on to direct the feature film “You’re Nobody Til Somebody Kills You” distributed by Lionsgate in addition to the Digital series for BRIC TV and Issa Rae Productions. His short film “God Bless You” has garnered over 3 million views on YouTube and recently his new film “I AM A MAN” about black men and therapy is touring festivals.

We applaud Michael’s work building an access point for opportunities for emerging diverse creatives and stories while he continues to develop, produce, and direct projects under his Boogievision banner.

Check out Mr. Sebs Presents — “The Story of Boogievision” 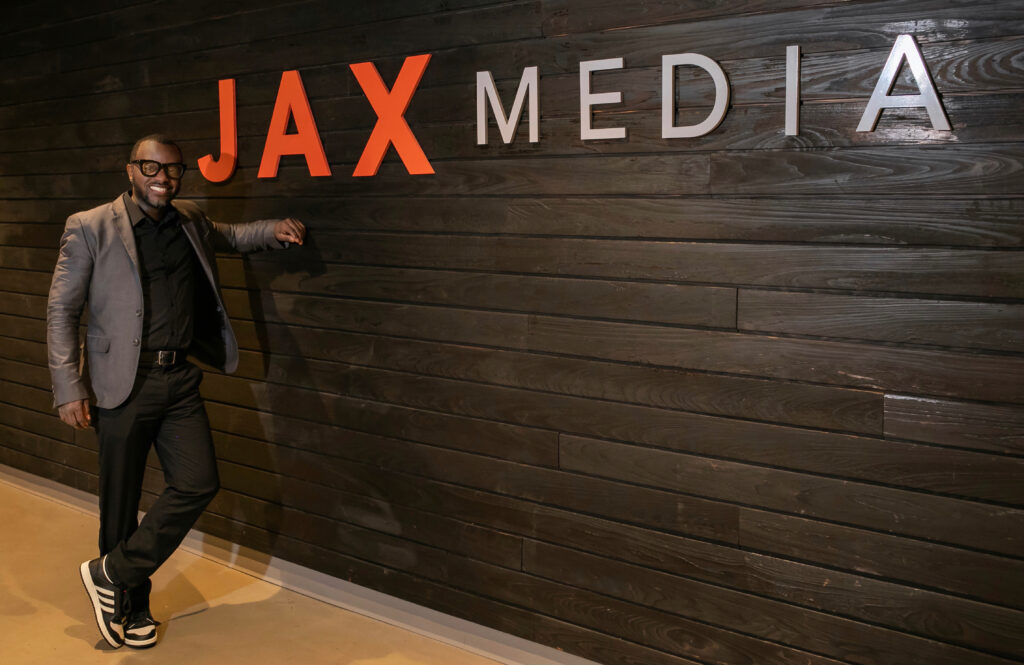 What is your goal and what impact do you want to make with this epic position?

Michael: My goal is to continue to chart pathways for emerging diverse creatives and empower them to tell stories and build successful careers in the industry. Expanding the Narrative Perspective and Opportunities.

As an industry writer/director/producer, you have worked with many notable celebrities, networks, and companies. What keeps you motivated to keep creating?

Michael: At my core, I want to tell stories. That’s what keeps me motivated. The fact that there are so many stories still untold. I have a deep faith and I came to realize that media is actually my ministry. Fulfilling GOD’s purpose in my life is the ultimate goal. And my assignment isn’t yet complete.

Diversity and inclusion are vital in the entertainment, and media industries. What would you like to see more of from and/or for emerging creatives and their stories?

Michael: Diverse creatives have long felt displaced, marginalized, and isolated. I want creatives of color to take control of their own image and tell their stories from their perspective and on their terms. Whatever that is as long as it’s authentic and from the heart. I would love to also see a balance in the industry and more inspiring stories that have the power to inspire, heal and challenge us as viewers.

Can you share with us any testimonials from anyone that has completed Jax Media’s Jax Jobs Program?

“The Jax program has given me an inclusive opportunity to learn the in and outs of film and television programming. I have an enthusiastic passion to include more storytelling through the lenses of women of color.”

“The Jax Jobs program has been… an invaluable source of mentorship and guidance during these turbulent times. It has been incredibly encouraging to have industry leaders take a hands-on approach to supporting those of us just starting out in entertainment. The Master Classes have been… very helpful in my journey as an aspiring creative producer and development executive.

“To be part of the Jax Producer Fellowship has helped me to gain confidence in my current role and to set a goal for what I want to achieve. Connecting with great people through the Master Classes has been wholesome, each perspective and their own personal experiences has helped me to see and appreciate the value of living my own journey”   – Daiana Tineo (Producer Fellow)

What other projects or endeavors are currently in the works?

Michael: On the directing and producing side I’m developing the film “I AM A MAN” into a ½ hour scripted series, finishing up postproduction on “Trafficked”, a docu-series about sex trafficking, and starting prep on my sneakerhead digital series “Sole Kings” — Restocked, among a few other projects in development. I’m also excited about some projects I’m helping to develop and push from some amazing emerging creatives.

What is a super fun fact about yourself that many people may not be aware of?

Michael: I’m also a mixed media painter. I started painting 5 years ago as a creative release and developed a real love for it. I had two solo art shows and actually sold some of my work so that’s super rewarding. I love all things creative.

Michael: I have so many memorable moments. Working on films like Inside Man and Precious we extremely memorable and fun. Directing my first feature film You’re Nobody Til Somebody Kills You was amazing. I can’t wait to do it again. Anytime I get to create or be a part of the creative process is magical to me.

Michael: I’m Brooklyn born and raised and come from a big family. I’m an avid runner and run 4 times a week and in a dozen 5K races throughout NYC.

Michael: Legacy wise to have given more than I’ve taken. I want to be an empty cup when I’m called to the Lord. I want my legacy to be the people that I’ve touched, inspired, collaborated with, challenged, loved, and laughed with.

You can learn more about the Jax Jobs Program at www.Jaxmedia.com

You can learn more about Michael at www.Boogievision.com

Interview With Chelley Roy, Author of “The Making of a BO$$”

Interview With Tiffani Teachey, Author of What Can I Be? STEM Careers from A to Z