We all have a voice, and sometimes it takes others to help you realize how strong your voice can be. Just ask Fashion Consultant and Founder of a global fashion nonprofit, Rebeckah Ruth. She’s been in the fashion industry for 17 years, but her true passion lies in helping others succeed by lending her expertise to others, which makes people feel their absolute best. The other significant role to her is being a mother to two boys who she feels teach her so much each day. Leaning on motherhood has taught Rebeckah about the value of having a voice. Not just any voice, her voice.

Originally from the Democratic Republic of Congo, Rebeckah has lived worldwide due to her parents’ diplomatic careers. While she has loved living all over, she feels there is no one particular place to call home. A great cultural experience, it has afforded her friendships with people worldwide and different perspectives. These perspectives have grown her to be a woman not always comfortable in her skin. That discomfort also silenced her for a long time…until now. Recently, taking part in the newly released anthology, Bl@ck Girl Activist: A Shift In Social Change, Rebeckah transparently discussed growing up “different.” Not just different by skin, but also by how she had to learn about Black culture. She knew African culture by way of her father but knew nothing of “Black culture” for much of her adolescent years. In a brief interview with Rebeckah, I got a little background on her decision to write her story to share with the world; as well as her experience writing something so personal. 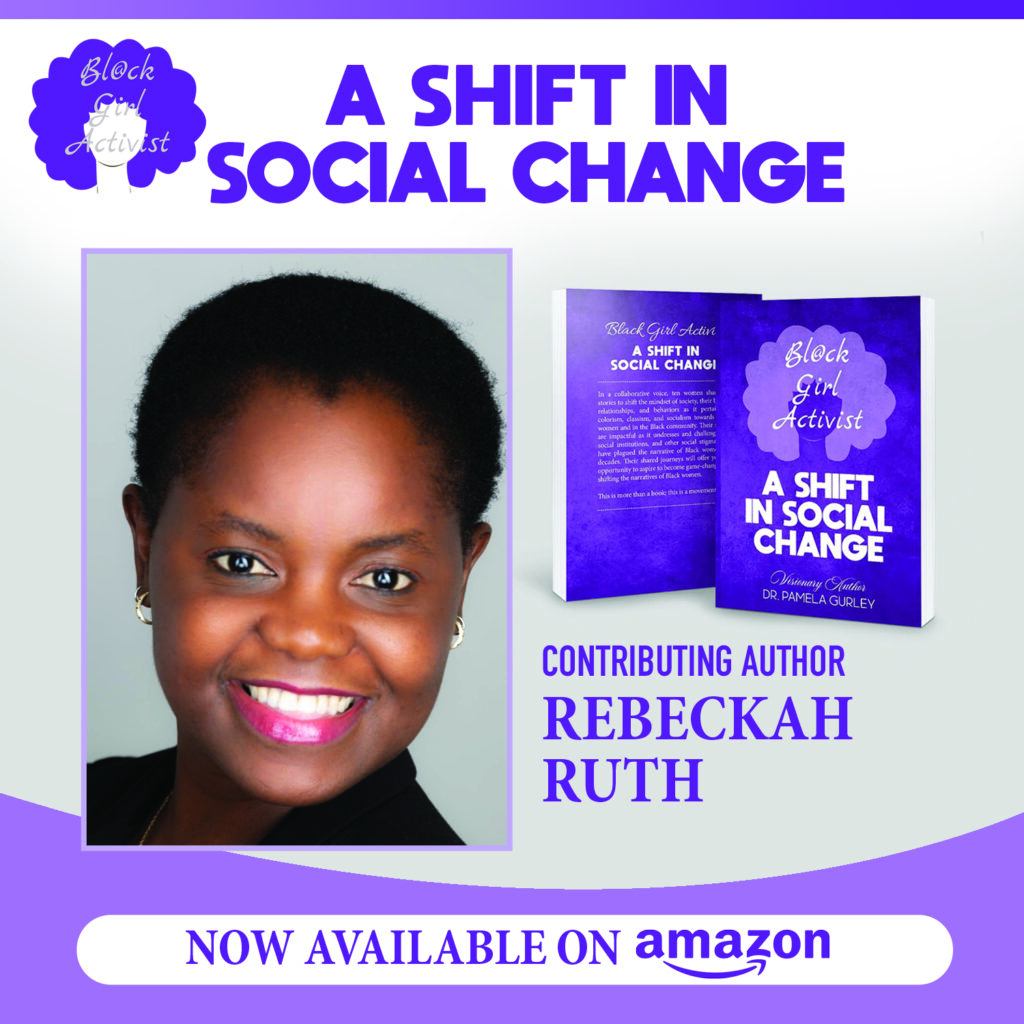 What was the deciding factor in being a part of the Bl@ck Girl Activist anthology project?

Honestly, the first factor was the fact that Dr. Gurley was involved. I had the privilege of being a guest on her podcast and was just following her after that. When I saw an opportunity to join her on a project, I responded yes before even reading everything.

Once I slowed down to read everything, I was even more excited. I have been on a personal journey the last few years to figure out who I am as a black woman. I grew up with a white stepmom and was raised very much in the white culture, so it wasn’t until I was an adult that I started learning about the black culture. Once I began tapping into that side of me, I realized I had a lot to say and didn’t really know how to say it. I saw this project as a way to start letting my voice be heard.

Why did you decide to write what you did in your chapter and what do you want the audience to know about it?

I actually didn’t mean to write about what I ended up writing about. I had a whole other topic in mind, but then when I sat down to write, my chapter just flowed out of me. It was effortless, so I realized that was the story I was meant to share at this moment. I didn’t even know I had such strong emotions built up, so in a way, it was very therapeutic. The chapter focuses on my natural hair, but the underlying message is about my feelings of never really feeling like I had what it takes to fit into predominantly white society. It was a message of breaking free and becoming exactly who I wanted to be. 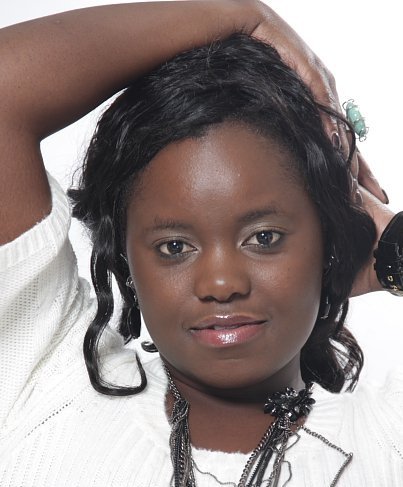 What inspired you to write, and were you always a writer?

I never wanted to be a writer! In school, I was good at writing reports, but that’s because a topic was usually given to me. I could crank out reports with no effort, but if you asked me to come up with a topic and then make it interesting, I would freeze. Becoming a writer was never in my plans.

A few years ago, however, my now ex-husband told me I should write my story. He didn’t know I had been thinking about it for a while anyway. After that, other people would mention writing, so I finally wrote my story. I’ve only shared it with family and close friends, but the book is written! Those who have read it are begging me to publish it. That’s when I realized that maybe there was something to this writing thing.

Where do you see yourself in the next year, and what do you have coming up for you?

Well, as far as this book is concerned, I see book signings, speaking engagements, interviews, and lots of celebrating! I see stepping out of my comfort zone and really letting people know where I stand and how I feel.

As far as my other ventures are concerned, I have some exciting collaborations planned for next year, and my nonprofit just launched Worthy Treks, which is the travel component of our organization. I had this vision of taking groups of creatives on fashion trips around the world, so we are looking to start that adventure in 2022.

How can people connect with you?

Truly my favorite thing about what I do is connecting with people! My IG handle is @therebeckahruth, my email is ceo@modebyrebeckahruth.com, and I’m on Facebook as Rebeckah Ruth.

A Conversation With Lady of Luxury Tori Williams, Co-Star of VH1’s My Celebrity Dream Wedding