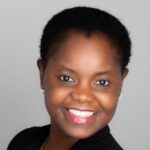 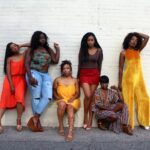 (DALLAS, TX- DECEMBER 24, 2021) — This time of the year is normally known for Santa Claus giving gifts and families spending time together, Purpose Driven Productions wanted to give you a faith based holiday short film that the whole family can enjoy. This film has a bit of drama plus laughter and is titled “A Holiday Blessing” by producer, writer, director, creator, radio personalities, Tameka Vickers & Ernest Jackson. This short film is based on the family life of the average man in America, who has to work long hours and hardly has time for the family, but with his faith in God he believes he can get through anything. Sometimes you just need a reminder.

With a fresh new cast that will be appearing in several sequels to A Holiday Blessing, this short film is sure to remind us of our own lives and walk with God. The Cast: Nelly Jones, Wilmer Browder Jr, Hasiah Thompson, Sonja Busha, DeAndrew Morris & Pastor Keith Jones, put alot of themselves into their roles and really helped to make this film a must watch family blessing. Radio/TV Personality Tameka Vickers aka Tameka V. & Ernest Jackon (Celebrity Publicist), decided to team up to create Purpose Driven Productions, to bring back feel good movies that edify Christ and for their first Short film, they have done an amazing job.

The Film can be viewed by downloading the UGN Broadcasting Network via Rokutv, Android TV, Amazon Fire Stick, Apple TV, and it will also be available on the Purpose Driven Productions Youtube Page.

The Under-appreciated Brown and Black Girls