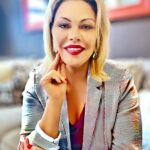 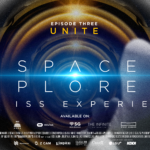 “NOTHING LIKE CHRISTMAS DAY”, was written by Keith Robinson and produced by Mike Jackson. “Nothing Like Christmas Day”, perfectly captures the true essence and spirit of our most cherished holiday, Christmas. “With the state of the world we are currently living in, “Nothing Like Christmas Day” is the perfect antidote to remind us of the most important things in life; spending time with the ones you love during the holiday season,” mentions Keith. “The @TheNovaProspect directed video literally finds Robinson glowing amid Christmas lights that set a festive scene while emitting a holiday utopia that would break down the likes of the Grinch,” says N. Ali Early, Editorial Director at RollingOut.com. The “Nothing Like Christmas Day” music video made its world premiere on RollingOut.com.

KEITH ROBINSON is also enjoying the successful premieres of his (2) Hallmark Channel Original films, “Sister Swap: A Hometown Holiday” and “Sister Swap: Christmas In The City”. Both films premiered to great ratings and amazing reviews. The films will continue airing on the Hallmark Channel throughout the holiday season.

Jennifer (Williams-Paisley) and Meg Swift (Williams) are sisters who couldn’t be closer despite living in different cities. Meg comes to Salt Lake City from her hometown in Hazelwood to see her sister Jennifer, who runs a local restaurant in town. Still feeling the effects of losing their Uncle Dave (Nealon), a change of scenery, and a project to dive into are just what she needs. When Jennifer and her teenage son, Simon (Jacob Buster, “Colony”), return to Hazelwood home for a pre-holiday visit with their family, Meg offers to help Jennifer’s staff prepare for a competition among local restaurants that awards the winner money for the charity of its choice. As effusive Meg works alongside the more reserved Joe (Robinson), the restaurant’s manager, the two find their differences are what make them a great team. Swapping cities with her sister leads Meg to her next chapter and just might also bring her an unexpected romance. “Sister Swap: Christmas in the City” is the second of two movies featuring the Swift sisters.

Coming off the recent success of his smash hit single “KAMA SUTRA”, Keith is gearing up for the release of his anticipated new album, “Love Episodic 2”, due early 2022.

We Empower Magazine got an exclusive interview with Keith. 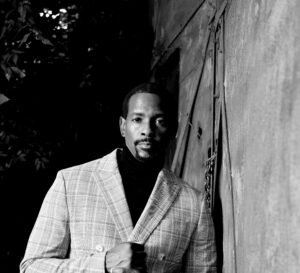 Keith, you’re in the Christmas spirit for sure with a new album and new films in light of the holidays season. Please tell us about your role in the Hallmark Channel Original films, “Sister Swap: A Hometown Holiday” and “Sister Swap: Christmas In The City”.

Keith: I play the role of Joe who is the love interest of Ashley Williams’s character Meg. Her real-life sister Kimberly Williams-Paisley is also in the film. The movie coincides with each other. You will see one scene in one movie but from another angle in the other film. You also will get to see the storyline around Joe and Meg’s love story in a Hallmark Christmas theme.

Is the song “Nothing Like Christmas Day”, which you wrote, in the films?

Keith: The song is on the soundtrack but not in the films. However, the song does embody the film’s theme.

When I heard the song, I went down memory lane. I could visualize my childhood Christmas memories, and look forward to this upcoming holiday. How do you want people to feel when they hear it?

Keith: Exactly like that. I also want them to be able to reflect and feel good about where they are at. I tried to pinpoint things in the song that we experience. Like how everybody ends up in the kitchen because all the best stories are in the kitchen. Also. experiences like kids running around waiting for Santa to get here. Or all the Christmas lights we see around the city. I thought about all the imagery and things I love that reminds me of the season and I put them to music.

What are some of your favorite Christmas memories?

Keith: Having a whole gang of people get together to go see movies. There are always great movies during Christmas. I like to eat and feed my face as much as possible and not feel bad about it. My favorite gift was when I was 12, my Grandma brought me a BB gun when I was down in the country in Alabama.

Keith: It’s really an extension of Love Episodic 1, but this has more universal subjects of love because I wrote about 85 percent of the album during the pandemic. I was influenced by what was going on in the news with Black Lives Matter, George Floyd, Covid 19, and I actually had a son during the pandemic.

There was alot that influenced my mindset to make great records. This is going to be a record that you would be able to put into a time capsule. I will remember how and what I felt at that time. I’m excited about it. I just finished the last song. I am really looking forward to people checking it out.

Here at We Empower Magazine, you are one of the actors of our generation that we are so proud of and inspired by. We would love to know what have been some memorable moments in your career so far for you?

Keith: Dreamgirls would definitely be one of them. I loved doing Fat Albert, as well as Saints and Sinners. I am actually in Atlanta right now shooting season 6. I loved performing at the Academy Awards, which was a benchmark in my career. That was alot of fun, it was a big stage and I got to perform with Beyoncé. That was an awesome experience, but I am grateful for the journey every step of the way. The big and the small.

I can tell how humble you are and how passionate you are about your work being so multitalented. Tell us about the movie you have coming out with the one and only Toni Braxton.

Keith: It’s called “Falling Angels Book Club” Toni and I play love interests. Shoutout to Toni Braxton! She’s a sweet, humble, kind spirit, and very talented. I can’t wait for people to see what we did and our chemistry because we hit the ground running and clicked very fast.

Keith: The album of course, also Saints and Sinners will be out in the Spring, and there’s a show called Bust Down that I am excited about personally because I get to play this outlandish comedic character with Chris Redd from Saturday Night Live. It will be streamed on NBC’s Peacock streaming service. The character’s name is Boon Jackson.

Also, be on the lookout for me being a part of a movie version of the Mahalia Jackson story. The release date will be coming soon. Overall, I am so excited about the music because alot of people don’t know how deep the music runs with me.

We understand that you were born in Kentucky. What would you like to say to those who are affected by these recent devastations?

Keith: That’s my home state. I send my thoughts and prayers. I am glad that it has passed. I want to continue to be a helping support as much as I can. Stay strong. You are not alone.

During the holiday season, you are bringing so much cheer and positivity. What words of encouragement would you give to those who are going through hardships at this time.

Keith: Keep the faith and know that God is in control. Take advantage of the good moments like being alive and for the fact that we are still here is a blessing. We all are in this together. We all have collectively had to sacrifice and make shifts. There is power in numbers. Merry Christmas and Happy Holidays! 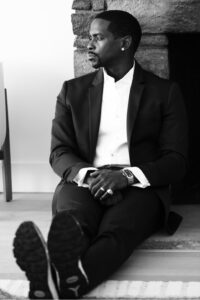 ABOUT KEITH ROBINSON
In a world where talent is an ingredient for success, Keith D. Robinson is ahead of the game. He is a true triple threat as the talented actor continues his pursuit as an all-around entertainer.

The actor is also set to release a new album titled “Love Episodic 2” in early 2022 and will begin production of Season 6 of “Saints and Sinners”, on the Bounce TV Network. Keith just completed filming the “Life Story of Mahalia Jackson” starring alongside Grammy Award-winning singer-songwriter Ledisi and veteran actor Columbus Short.

Keith Robinson has been able to establish himself as a face-to-watch in the entertainment industry for quite some time, starring in popular works like “Dreamgirls,” “This Christmas,” “Four Seasons,” “Fat Albert,” “CRU,” “Saints and Sinners.” In 2022, Keith will star opposite multi-award-winning singer-songwriter and Actress, Toni Braxton in the murder-thriller, “Falling Angels Book Club”.

You‘re’ definitely in the Christmas spirit with new Christmas films and a song in light of the holiday season. Please tell us about your role in Hallmark Channel Original films, “Sister Swap: A Hometown Holiday” and “Sister Swap: Christmas In The City”. 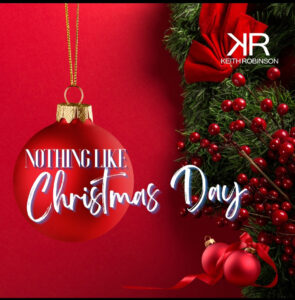 Genene “Gigi” Nicole: An Entrepreneur Not Allowing The Pain of Her Past To Dictate Her Future