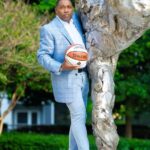 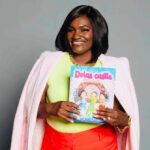 Not every day we come across super talented men such as Marcus Murphy. Some who is bold, hardworking, and determined. A native of Washington, D.C. Marcus Murphy is a classically trained actor with ten years of experience. Most recently he could be found playing Rashad Robinson in The Souls of Black Pebbles by Anthony Green. He also entertained audiences as Paul in the Off-Broadway production, Until the Flood by Dael Orlandersmith, D.J in Kenosis in Wonderland by Kenya Crawford, and Sleek Art Buyer in What Would Picasso Do by Andrew Brooks.

Marcus received his B.A. in Political Science from The University of District of Columbia. While pursuing his degree he filmed various features and short films ranging from different characters and music videos. After graduation, Marcus sought out award-winning playwright and acting coach Kelsey Collie to further his studies in script analysis, character development, scene study, and voice.

Marcus wanted to give back to his community, so he started teaching young children the fundamentals of acting. His grounding in technique and the new skills he has gained has prepared him for a new and exciting chapter in his professional life. For as long as memory serves, Marcus Murphy has been telling stories. He has spent the last nine years exploring how stories are told through performing. Like most performers, Marcus had to wear many hats to productions come to life. He has written, acted, directed, produced, and assisted with the crew to get the job done. When it comes to acting, stage, and film, Marcus has done it all.

Marcus also holds a Paralegal certification from The University of District of Columbia and has been working with students in his free time for the last four years. Marcus prides himself on the transformations of his students while studying acting with him. His plans are to continue to teach publicly and privately while he pursues another postgraduate degree in legal Law.

Marcus recently was featured on our sister platform, Hustle and Soul Magazine. We Empower Magazine got an exclusive interview with Marcus. 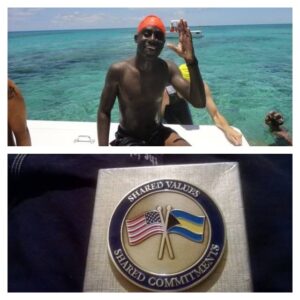 We understand that outside of acting you obtained a Paralegal certification and you work with students as well. What has that been like for you?

Marcus: It is important to me to expand my mind in ways outside of entertainment. My goal is to be a lawyer someday so obtaining my paralegal certification has allowed me to have a better grasp of what I want to study in law school. In addition, entertainment will always be a part of me so working with children developing their skills is a pleasure. I can teach and learn as well.

Marcus: My childhood was fun, but since the age of nine I have positioned myself to be independent, making good choices by not following the in-crowd, and changing schools in a better district for receiving a better education and opportunities. I have always strived for the best for myself and I am achieving them today. Overall, my childhood was the preparation for adulthood.

What are you looking forward to within your career?

Marcus: I am looking forward to filming more great projects and one day being in a position where I can offer opportunities to talent. It is my goal one day to create my own projects and be behind the camera. In the meantime, I am grateful for the opportunities thus far and what is to come.

What are some obstacles you have overcome that made you the man that you are today?

Marcus: I have overcome many obstacles in my life that have given me the tools and strength to be who I am today. First, when I was seventeen studying abroad at The Island School in Cape Eleuthera, Bahamas my family and I lost our home. Essentially, the blessing of being away became a strain but my classmates and teachers during that time were very supportive.

Furthermore, after coming to the realization that we were homeless, I find out during my senior year if I didn’t get a particular surgery, later in life, it could have caused cancer. By the grace of God, everything worked out in my favor and allowed me to continue to strive for the best, despite how situations may arise. Like the old saying is, trouble doesn’t last always.

What is a super fun fact about yourself that many may not be aware of?

Marcus: As I mentioned, I study abroad in the Bahamas and each student must do a half marathon by running or swimming. Initially, I was preparing to run and after one incident at the beach, stepping on a sea urchin my plans changed to swimming.

The founder Chris Maxey gave me a bronze medal that I have until this day from Nicole Avant (13 th United States Ambassador to the Bahamas), to encourage me to embark on a new journey. I was nervous but with the training from my math teacher David Burnham, I completed the marathon in a timely fashion.

What can we be on the lookout for from you?

Marcus: I am excited for the opportunities for the future such as working on a scripted reality series called The Realness Behind the Crown created by King Liam. My character in the series is a pastor with his own story but relatable to every man flaw and all. I just completed two amazing projects What Would Picasso Do? Written by Kenny Best, Andrew Brooks, and Ron Kelly set to release on Amazon Prime, December 3, 2021.

And, American Gone Viral written and directed by Selton Shaw. The film is currently in the film festival circuit. I am in pre-production for a new film I am starring in and executive producing called Greed and Loyalty by DeWayne Etheridge.

What else would you like our readers to know about you and the work that you do?

Marcus: Although, I do a lot and cannot keep still, I plan on writing a book soon and creating movies. As always, the quote I live by is “We are what we repeatedly do. Excellence, then, is not an act, but a habit. 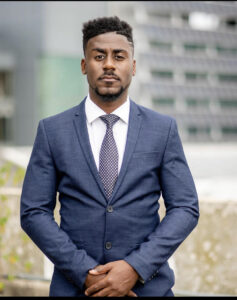