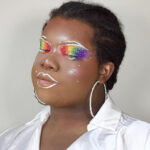 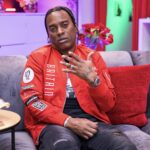 A Business Built For Advocacy: How Nadia Fischer Is A Game Changer In PR

Dear Black people, the time is now for us to wake up. Yes, I know a lot of us think we are “woke” but that is the lie we tell ourselves in the heat of the moment when police brutality gets real and murders one of our community brothers or sisters. We are quick to post on social media about how distraught and tired we are, share viral videos, and even add all of the hashtags. Yet we are quick to change course on the next big story that has no bearing on life, civil unrest, or judicial inequality. But not Flint-born and Cinncinati native, Nadia Fischer, who is the Founder and CEO of NadiaIsPR, the only PR firm with a focus on social justice, prison reform, and activism. She has created a life and business around doing something about the discriminatory judicial practices and the senseless acts of violence against Blacks in our community by police officers. At the age of eight, Nadia was introduced to a legal system that was unjust. Her eldest brother received ten to twenty years as a first-time, non-violent offender. For ten years Nadia visited her brother in prison and vowed to always be his advocate and to stand up against unfairness and injustice. And she has done that and more. Another one of Nadia’s most notable contributions is her advocacy and public relations work on behalf of mothers of murdered sons and daughters (which earned her a nomination and award at the Black Media Honors Gala). She advocates for an end to senseless acts of violence – she wants every adult to have a right to personal security and life, and for children to be able to grow up in a world where they are valued, loved, and respected without fear or threat from the those who are supposed to protect us. Nadia was also the synergy of the Mothers of the Movement, which is a group of mothers who stood up and are standing up for social justice reform involving police and African American citizens, especially black males. These mothers include Sybrina Fulton (Trayvon Martin), Geneva Reed-Veal (Sandra Bland), Gwen Carr (Eric Garner), Maria Hamilton (Dontre Hamilton), Congresswoman Lucy McBath (Jordan Davis), and many others.

As an indicator of Nadia’s mission, we can’t afford to wait for someone else to speak up for us. It’s time we start taking a stand and advocate for our safety by not waiting around on the sidelines of oppression. You don’t have to be an activist or organizer; you just need to speak up when you see injustice, racism, sexism, homophobia, transphobia happening in your community and work with others who care about systemic change!

It is a clear indication of the message Nadia extends to all of her clients: “No one is alone in this struggle.” She is fighting for you and alongside you. Her mission has always been to stand up and fight back against senseless violence committed by police towards blacks. She also had made it clear that we all need to work together as a people on solutions that will make our neighborhoods safer places where we can live with dignity and respect–together! There are a lot of serious social issues that need more attention from the media and politicians alike, but it will take an activist approach to actually get anything done about it in a timely manner.

Let’s start by not accepting these unfair sentencing practices and senseless acts of violence against Blacks as status quo–let’s demand justice for all victims of police brutality and judicial inequality, regardless of race or nationality.

Want to know how to help? Want to connect? Send an email to [email protected] or connect on FB and IG @nadiaispr.