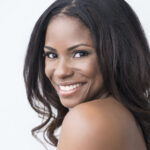 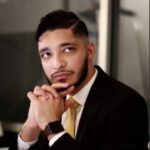 Pastor Dwight Kevin Buckner, Jr. was born in Minneapolis, Minnesota to the proud parents of Pastor Dwight Kevin Buckner, Sr. and Angela Buckner. Dwight Buckner, Jr. was raised in the Church of God in Christ and comes from a proud Pentecostal background, where he is a seventh-generation pastor. He grew up under the leadership of his great uncle, Dr. Walter L. Battle, who was the pastor of the Gospel Temple C.O.G.I.C Church in St. Paul, Minnesota. Following the strong legacy of family in ministry, Pastor Buckner began to realize the call on his life at the age of 16 to preach and teach God’s word.

In December of 1995 his former Pastor Dr. Walter L. Battle went home to be with the Lord. His Grandmother Pastor Thelma Battle Buckner took over as Senior Pastor of the church. One Sunday, while in church, his grandmother under the power of the Holy Spirit confirmed that Pastor Dwight had been called to preach. She then commissioned him to prepare his first sermon. In December of 2001, Pastor Dwight moved to Atlanta, GA to attend Morris Brown College.

Pastor Dwight’s mission is to reach at-risk youth, young adults, broken families, and most of all un-churched people, throughout the world. Pastor Dwight is married to Elisa Bennett Buckner and they have 2 Children Elias Dwight Buckner, and Malachi Caleb Buckner. The couple resides in Atlanta, GA. Pastor Buckner is the Senior Pastor and Founder of the Generation of Hope Church in Decatur, Ga. Pastor Buckner is also an Author. He has written one book entitled Breaking The Cycle of Lust and Pastor Buckner is releasing his second book entitled 5 Things Every Man Needs.

Relationships can be difficult, especially when you don’t understand your partner. Many women are left wondering how do you connect with a difficult man, establish intimacy with a non-communicator, and rebuild trust in your relationship after it’s been torn down? Dwight answers these and other questions in this book by providing insight into how men think, feel, and what motivates their actions. This book is a game-changer for couples that will transform your relationship forever. Also, Dwight Buckner was featured as a spiritual advisor on Season 12 of Lifetime’s Married At First Sight. He desires to see people become their best selves, especially in the areas of relationships and spiritual growth. He’s also a husband and father of two boys, who balances life as a business owner and Pastor.

Words are powerful. Words teach, empower, and uplift. Speaking with Pastor Dwight I sensed the authenticity, the passion, and determination that he has within his ministry to spread encouragement, to give back to others, and speak the word of God in such a selfless way. It was an honor to interview him.

Tammy Reese: I understand you’re from Minneapolis, Minnesota. Now that’s known for having print ads, you know, how was it for you growing up there?

Pastor Dwight: Minnesota is probably I would say one of the fun states to grew up in. It’s so diverse, and it’s very friendly. It does get really cold, but the question that I’m asked often is, Are there a lot of blacks there? It is. Minnesota is a great state, and Minneapolis is a very clean city. You don’t really see any trash on the highways. I love my hometown.

Tammy Reese: What do you think is your divine purpose in life?

Pastor Dwight: To encourage people. My divine purpose is to mentally encourage those that have been broken, lost, and rejected. Those that literally have been considered overlooked or considered nobodies. Those that are extremely gifted, but nobody ever gave them a chance. My ministry is for those people, to let them know that you are worthy. God has expanded your life and you’re going to do great things.

Tammy Reese: The TV show that you’re on, “Married At First Sight,” how did you get involved with that?

Pastor Dwight: I was asked to go on that show by a friend. I turned it down two or three times because I didn’t want to do it. I didn’t want to be a part of anything that I thought would have kind of brought a negative angle on my ministry. I didn’t think that show would do that, but I just didn’t want to be involved in anything that potentially can do that. However, I went on, and interestingly enough, they asked me to do another scene at my church and that’s when I realized, Hey, this is God, this is God opening up a door. Every opportunity they gave me to be on the show, I took it. I just wanted God to be lifted up. I wanted him to be glorified. I didn’t want anything to be about me. I wanted it to be about the words that God spoke through me to try to help encourage and to counsel anybody. I wanted them to be uplifted. The show was a door I didn’t see being a door. It ended up being one of the biggest doors in my life and I’m thankful for that.

Tammy Reese: The world is reopened before our eyes, how has the pandemic been for you?

Pastor Dwight: Well, particularly for those that have been married, you’ve had to learn how to how to work through each other’s differences even closer. For the first time in life, we had to be locked in together for periods of time. We weren’t really able to go out and enjoy ourselves when the country was locked down. You had to really learn how to navigate through isolation if you will. Just you and your family and being creative, creating games, having game nights in your house, and in the churches were doing zoom, and having Bible study zoom meetings. All of that was new for us, we had to pivot.

Nevertheless, it was one of the best pivots we’ve made because our church actually has grown doubled since the pandemic because of zoom and other avenues of Bible study I’ve done, and the Tik Toks and Instagram videos I’ve done. Everything has really grown closer and really tripled. My family is stronger than ever now. The pandemic as much as I hate being shut down. It worked for my good work. Everybody’s good truthfully, for those that are still alive it taught you the value of life. To cherish those that are close to you.

Tammy Reese: What are you currently working on or looking forward to?

Pastor Dwight: I have a book that’s releasing on June 24th called “5 Things Every Man Needs.” I’m looking forward to the book to just do wonderful things. It’s a book on relationships, that speaks to women in reference to the mind of men and what men need. The book also speaks to men in terms of how to express what they need. We have a video podcast that’s going to launch on July 17 here in Atlanta, and we’re going to go to four different cities. Our first stop is in Atlanta, then Texas, Florida, and one other show. So we’re going to do four or five different cities with a podcast “What Every Man Needs.” On top of that, we have a host of other things that we’re praying for that I believe are coming together.

Tammy Reese: During these times, some people are discouraged, in doubt, and may feel like giving up. What words of empowerment would you leave our readers to keep going?

Pastor Dwight: I would say this to the readers, when you feel like you want to give up or you feel like this is the end of the rope, that’s a sign that things are getting ready to open up for you. That’s a sign and evidence on the call and the gift that’s on the inside of you. The devil would not be attacking so many people so hard during the depression and low self-esteem or giving up if he knew that nothing was going to happen to him. He knows that this is the year that you’re going to soar and it’s a year of elevation. Do not give up you’re closer now than ever.