At a time when diversity, inclusion, and representation matter the most, media industry professionals were recognized at the inaugural Black Media Honors held on August 21-22, 2021 in Atlanta, Georgia at the Twelve Hotel Event Conference Center. With the focus on black excellence, the event recognized more than that…it recognized the ability to show just how powerful our contribution is to the media realm. It’s not often that we get to celebrate African American media achievements in a fun, lighthearted, and yet, dynamic manner. So celebrating Black excellence was an opportunity for us to take the spotlight back! 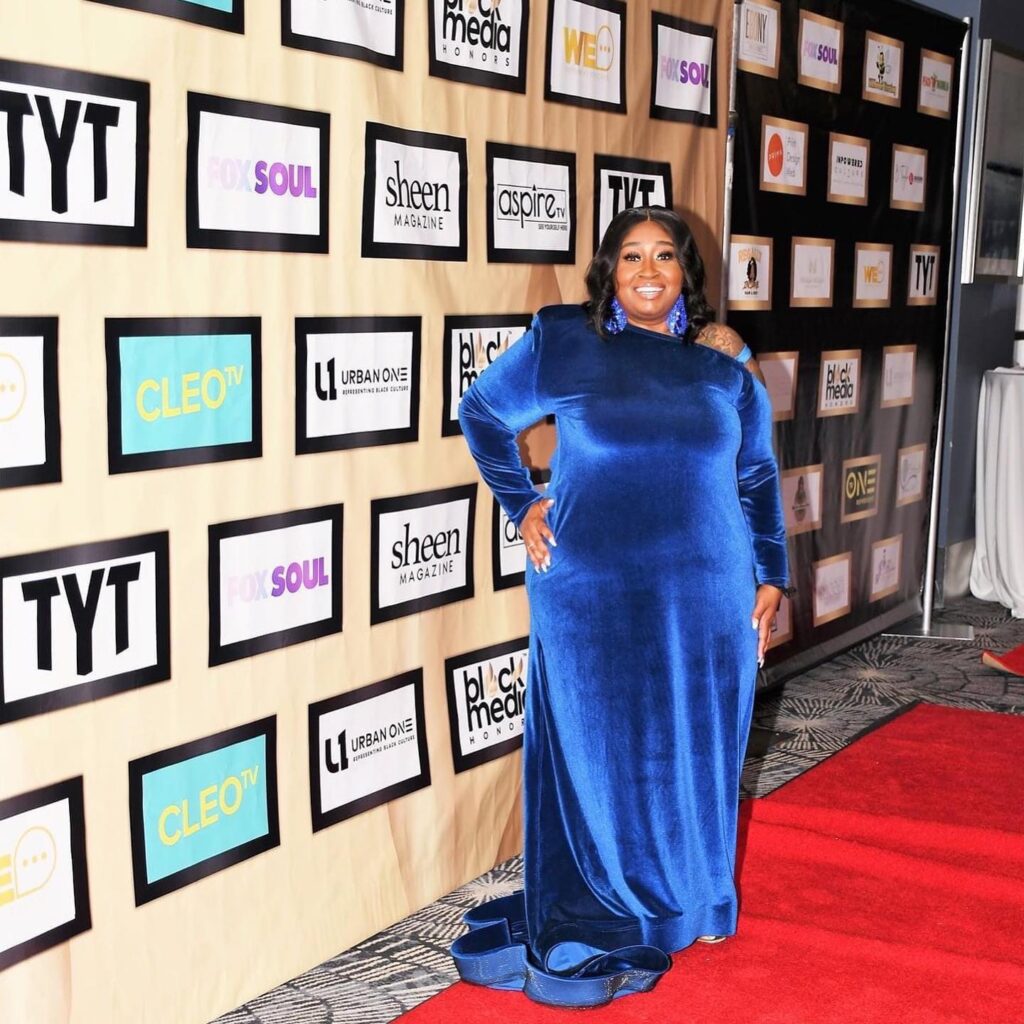 The Black Media Honors were hosted by Brely Evans and Pastor Anthony Murray who set the tone for such an amazing night of community, music, presenters. Created by mega-media-minded, Stephanie Davis, Black Media Honors was envisioned to shine a light on those who not only work hard behind the scenes but also raise awareness in our communities. She found it important that media outlets and those who are encompassed in it are recognized for their dedicated and persistent efforts to make media what it is. Stephanie recognized we would be nowhere without those who connect influencers, brands, media personalities, business owners, talent, etc. with the public, or those who connect the community to advocacy available.

Sometimes it feels like there are only two ways we can talk about Black people – as victims or victors. But what happens when we start seeing ourselves as the superheroes we are? The Black Media Honors award recognized Black excellence by recognizing leaders who have successfully promoted several areas: special events, best public relations campaigns; as well as, media personalities, journalists, organizations, initiatives, culture-focused broadcast networks, and programs that pay particular attention to societal issues and values; the local public relations industry; and exceptional college students majoring in public relations, media, mass communication, journalism, and more.

The media has projected a particular narrative of the “Black” identity. It’s time to change it. Black Media Honors is changing that. I’m not talking about only changing the Black experience, but rather how we are seen, portrayed, and understood in society. Successful events like this allow for “Black” people to be seen as multi-dimensional beings instead of one-sided stereotypes. Also, those individuals in the “background” who have really in the front doing all of the work and yet are often not recognized for awards are not only being nominated and/or awarded, they are being acknowledged for the extra mile they often go for their clients and the for the community. Black Media Honors is changing the game in that manner. It is not possible to focus on Black excellence without focusing holistically on giving equity to all who make operations work for the better of the community. 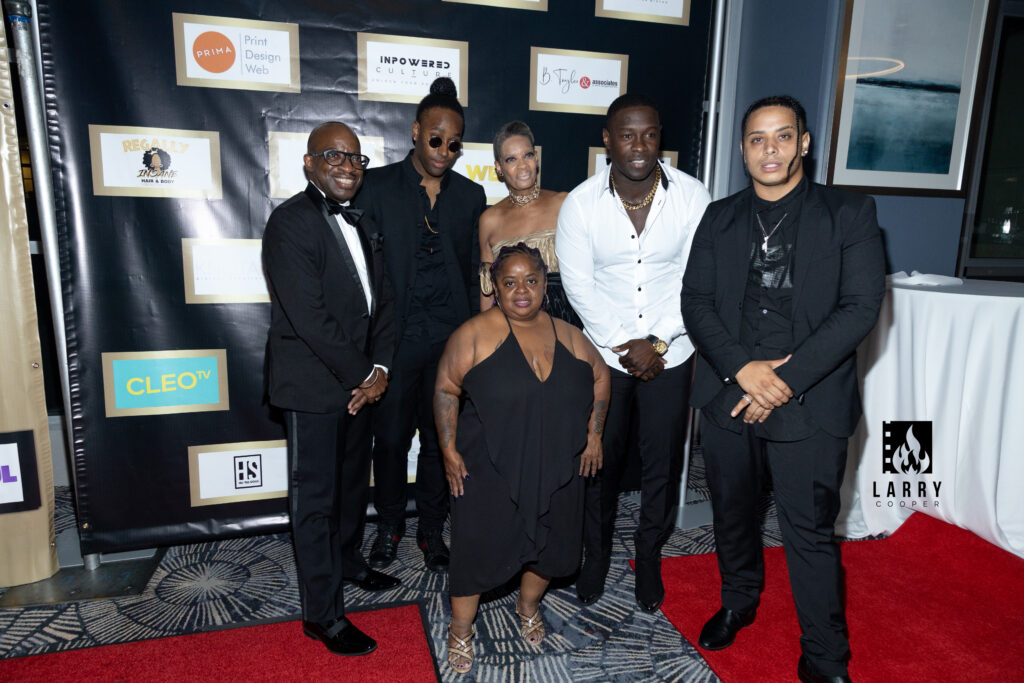 To kick off the Black Media Honors weekend, there were three panels held on August 21, 2021. The first, “Black PR history & thriving in PR,” was moderated by Adrienne Allen. The second, ” The Media Men’s Cave,” was moderated by author, model, and influencer, Rob Malloy. The last, “Behind the Press Consortium,” was moderated by author, speaker, and social activist, Dr. Pamela Gurley. Both panels were fireside chats with a variety of special guest speakers that were successful small business owners, influencers, radio personalities, publicists, and CEOs, and media executives. Those in attendance got to hear how industry leaders attained their level of success, overcame obstacles, broke through barriers, built their own tables, and continue to excel in their respective fields.

Jakeem Smith, Owner of Food In The City ATL in Conjunction With Georgia State Rep Erica Thomas, and Two Lewis Teamed Up For The Ultimate Giving Back to The Community Endeavor in Atlanta

The last day was not only an amazing black-tie gala, dinner, and awards show, it ended with a Fireside chat and listening party with the extremely talented, Anthony Hamilton. Moderated by Britni Moore and hosted on behalf of Media Girls on Tour, she was able to pull personal stories from Anthony Hamilton regarding the inspiration behind not only his music but his book. Anthony Hamilton’s album will release on September 24, 2021, and it is everything you expect from the artist and more. He broke out of his comfort zone on a track with rapper, Lil John to give listeners dancing music (and trust me, it will have you out of your chair and on your feet). 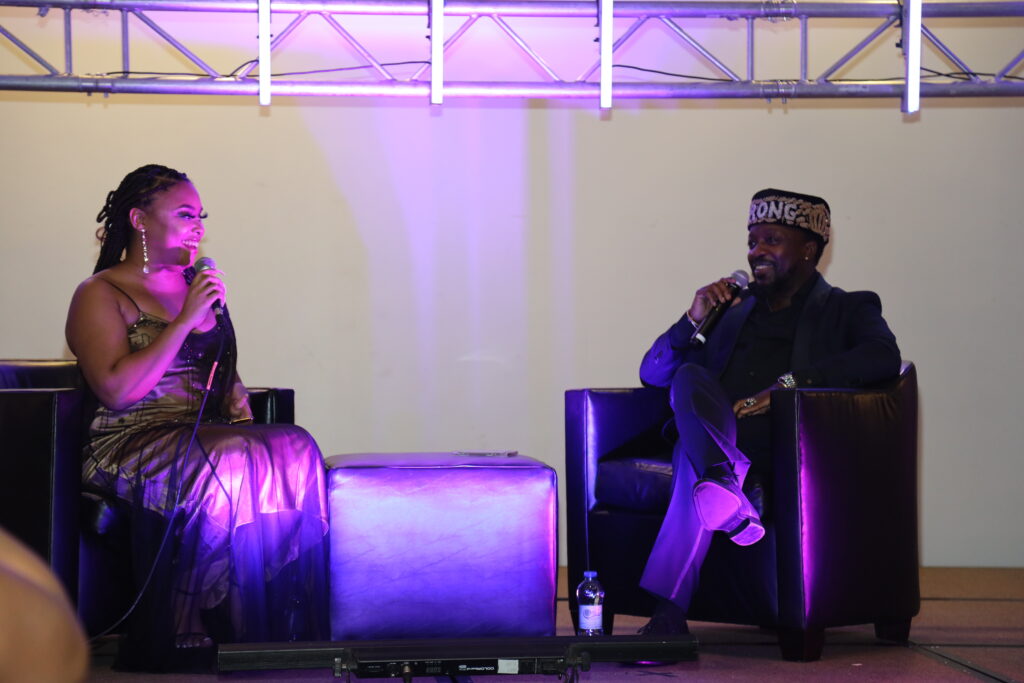 Women In Media Spotlight: Heather Shore,CEO and Co-Founder of Women of HERstory Podcast