Ndaba Mandela is the co-founder and co-chairman of the Africa Rising Foundation a nonprofit intent on carrying on his grandfathers legacy, an organization dedicated to promoting a positive image of Africa around the world and to increasing its potential for growth in different areas as education,  employment,  and international corporate alliances. Founder of The “Mandela Project”.

Grandson of the great South African leader Nelson Mandela,  Ndaba remains true to his inspiring grandfather’s message as he quoted “I carry with me the values of my grandfather. I am African and I know what it means to be African, and I’m proud of it”.

Already at age 31, Ndaba has been named one of the “28 Men of Change” by BET and he is showing the world through his actions and orations, that Nelson Mandela’s voice and message of freedom still carries and rings true.

He has a Bachelor’s degree in Political Science and International Relations from the University of Pretoria. Served as a Senior Political Consultant to the Embassy of Japan in South Africa.

We Empower Magazine got an exclusive interview with Ndaba Mandela. 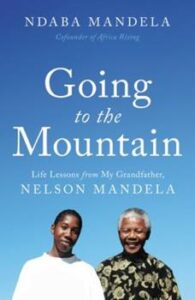 As Chairman for Generation Hip Hop Global, what does your role entail?

Ndaba Mandela: My role as chairman is really more of a oversee role in terms of our partnerships. Any partnership has to be endorsed by myself. However, like most chairpeople, my role is mostly ceremonial. It’s important as well to provide direction in terms of where we see ourselves in the future and be a source of inspiration to our members and staff alike.

Please tell us about your book Going to the Mountain and what can readers expect from it?

Ndaba Mandela: My book was a commemoration to my grandfather. You see, most people see him as a revolutionary, President, etc. but I wanted young people to be able to connect with him. So, the book I wrote about my grandfather from the perspective of being a grandfather so that all young people can connect with him through that way. Like most grandparents, he taught me very valuable lessons that I can use throughout my life and I wanted to share those lessons because I believe these lessons create value-based leaders that will be able to lead us into making better decisions about the world we live in and the people that it affects.

“To be free is not merely to cast off one’s chains but to leave in a way that protects and enhances the freedom of others” We just passed Mandela Day and I was reminded about the importance and value of doing good for people outside our normal community and spend 67 minutes to making the world a better place and it starts with serving those less fortunate than ourselves.

What impact do you intend to make on the world through the work that you do?

Ndaba Mandela: I intend to inspire people to think about the good that each one of us can make and remind those that benefit from our action to pay it forward. If each of us in the world can do one thing good for someone else on a monthly basis, I think our world will be a better place. I believe if each of us can adopt a young person to mentor for 1- 2 hrs a week, our future will be a little bit brighter. I intend to make it easier for young people to work together by bringing them together through the love of music and all its vibrations.

What do you enjoy most about the work that you do?

Ndaba Mandela: I enjoy the creative process; I enjoy creating with people and hearing different ideas from people from different backgrounds. I enjoy meeting new people. I enjoy interacting with the new generation of leaders, engaging with them, inspiring them, motivating them, anything to put some fire and purpose in them.

From your perspective what did your grandfather Nelson Mandela mean to you and to the world?

Ndaba Mandela: To me he was my father so to me, he meant the world to me. He was a role model, he taught me great things to aspire to but he also showed me things not to do and things I didn’t like in him. He struggled to get close to his kids and I’m determined not to make the same mistakes.

However, in that same breathe he taught me the power of the love of persistence, patience, and resilience and taught the world the power of forgiveness. He is one of the greatest leaders of all time yet he came from humble beginnings. Nelson Mandela showed us the power of a dream and if we work on it consistently that dream can become a reality.

What other projects or endeavors are you currently working on or involved in?

Ndaba Mandela: I’m also involved with the Mandela Institute for Humanity based in New York. We are currently working on the 100 Mandela’s leadership program that will be kicking off later this year. It begins with an 8-week long online program and then culminates with a 7-day in-person program in South Africa where I take candidates through the footsteps of Nelson Mandela. Where he was born in rural Eastern Cape, a province in South Africa, to Johannesburg where he becomes an activist, to finally where he was incarcerated in Cape Town on the Island of Robben Island, and what are the lessons he learned in each stage of his life.

We are very excited about this one as we have partnered with the likes of American Express as well as one of the founders of Bitcoin. We shall be announcing this publicly in a few weeks’ time once we have rounded up our first round of candidates. Ultimately, we are looking to create the next generation of value-based leaders who will become social entrepreneurs.

Ndaba Mandela: I want my legacy to continue from where Nelson Mandela, Malcolm X, Martin Luther King, Che Guevara, and JF Kennedy left off. They broke the physical chains that existed, we ought to break the mental chains that exist. Break down prejudice, racism, and sexism and create a more united world.

When we are more united we shall be able to address the world’s most pressing problems like poverty, access to good quality education and health care, and allow people to have equal opportunity to create and pursue success. I want to safeguard future generations and one of those things we can do is by bringing our people together. Divided we fall, United we stand. Together we can achieve anything. 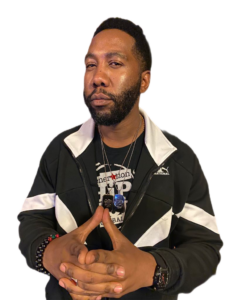