The Stellar Gospel Music Awards celebrated its 36th year honoring excellence in gospel music, featuring soul-stirring performances that will awe audiences who love sounds of inspiration. Hosted by gospel chart-toppers Jekalyn Carr and Tye Tribbett, this year’s ceremony showcased an eclectic mix of gospel legends and industry standard-bearers along with the unstoppable force of young, contemporary artists who are spreading the good news in new ways. The annual celebration underscored the power of artists who boldly proclaim a Christ-centered identity, represent the unique sounds of their region, and display the rich diversity filling gospel music with a healing and uplifting energy that reaches the masses.

Among many highlights from “The Greatest Night in Gospel Music,” Yolanda Adams, Tamela Mann, and Avery*Sunshine joined together to deliver a powerful tribute to Lady Tramaine Hawkins, who was honored with the Aretha Franklin Icon Award presented by Toyota. The trio performed a medley including widely-known Hawkins’ songs such as “Holy One,” “Changed,” and “Going Up Yonder.” I had the opportunity to ask Tamela Mann how she felt about honoring Lady Tremaine Hawkins and her response is, even more, a reason to tune in to the 36th Annual Stellar Awards:

The Clark Sisters, who received the James Cleveland Lifetime Achievement Award presented by AT&T, also performed rousing renditions of “Is My Living In Vain,” “Blessed & Highly Favored,” “You Brought The Sunshine,” and “His Love.” The legendary group received three nominations for this year’s Stellar Awards.

A new generation of gospel artists showed up and showed out during the celebration as a testament to the genre’s staying power. Among them, Pastor Mike Jr., nominated for multiple Stellar Awards this year, performed “Big,” and host Jekalyn Carr belted her songs, “Change Your Story” and “Jehovah Jireh.” Maverick City Music treated audiences to the harmonious sound of “Jireh,” and various emerging artists such as Jokia, Terrian, and Nia Allen were spotlighted as up-and-coming gospel talent. 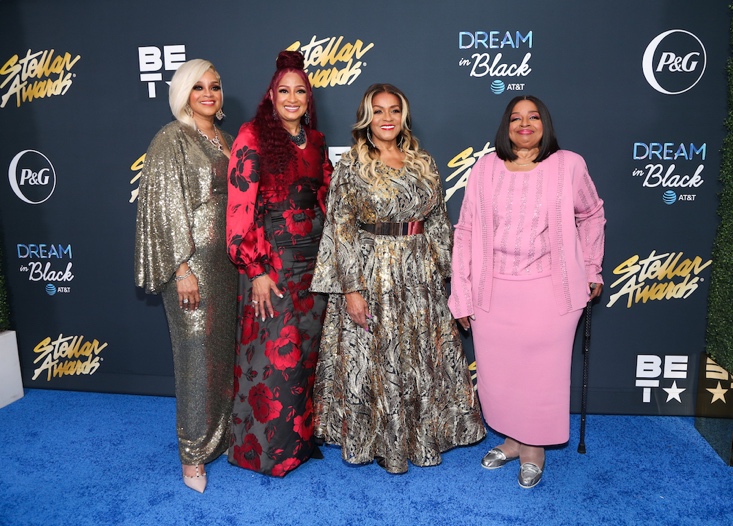 The 36th Stellar Gospel Music Awards will premiere Sunday, August 1st at 8/7c on BET; with an encore presentation at 10/9c.

Black Media Honors: Celebrating Above and Beyond Black Excellence

Bobby V To Be Highlighted This Sunday, May 2nd On TV One’s Award Winning Show Unsung

Women In Music Spotlight: The ReIntroduction of True