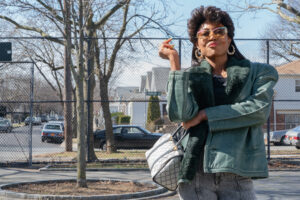 Ahead of its season one series premiere on Sunday, July 18, STARZ has greenlit a second season of “Power Book III: Raising Kanan.” The season renewal comes amidst strong demand for the upcoming premiere of the third book in the growing “Power” Universe franchise.

Set in South Jamaica Queens in the early ‘90s, the prequel about the early years of the now-deceased iconic “Power” character Kanan Stark, portrayed in the original “Power” series by Curtis “50 Cent” Jackson, premieres on Sunday, July 18 at 8 PM ET/PT on STARZ and across all platforms in the U.S. and Canada, airing day and date internationally on the STARZPLAY premium streaming platform across its complete footprint in Europe, Latin America and Japan.

“One season isn’t enough to tell the coming of age story of Kanan Stark and his mother, Raq, a fierce and successful woman who is a force of nature,” said Jeffrey Hirsch, President, and CEO of STARZ. “The anticipation globally for more of the ‘Power’ Universe made it clear that the Kanan story needs to continue.”

I got to attend Power Book III: Raising Kanan Press Day where I got to chat with Patina Miller about being woman of power, having a lead role and advice she would have for women who aspire to enter the entertainment industry. Also, I got to chat with Legendary Actor Omar Epps about the dynamic on set amongst new actors. Check it out here:

About “Power Book III: Raising Kanan”
Set in South Jamaica, Queens, in 1991, “Raising Kanan” is a prequel to the original “Power” franchise. It is a sprawling family drama that revolves around the coming of age of Kanan Stark; Ghost and Tommy’s mentor, partner, and adversary, who ultimately dies in a hail of gunfire in the eighth episode of Power’s penultimate season.

When we catch up with Kanan here, he is the fifteen-year-old only child of Raquel “Raq” Thomas, a cocaine distributor with an emerging network of dealers across the city. Much like the original “Power,” “Raising Kanan” explores themes of identity, violence, and legacy, but it is also a deep dive into the very pathology of family; the unique, complicated, and fraught dynamic between parent and child, mother and father, brother and sister.

In an increasingly fractious world, the family often feels like the only refuge from all the divisiveness and discord, and yet, at the same time, we often discover that it is those closest to us who betray us and our values most. The first season of “Raising Kanan” is an exploration of these betrayals, the secrets and lies that accompany them, and the ways in which they fester, metastasize, and ultimately erupt.

The overarching theme of this first season is, “You reap what you sow.” In other words, actions have consequences; betrayals are always uncovered; secrets are inevitably revealed; chickens come home to roost. Every character in “Raising Kanan” is hiding something. From the world, from each other, from themselves. And as our story unfolds, they each will have to grapple with the unintended and destructive consequences of the information they’ve hidden and withheld.

And while the ways in which these betrayals, secrets, and lies reveal themselves will vary, one truth will remain constant: In “Raising Kanan,” as in the “Power” Universe, no one can be trusted and nothing is ever as it seems.

Meet the Esteemed Speakers of the BPM 2021 Virtual Summit 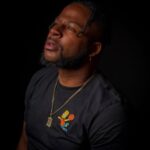