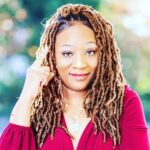 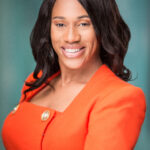 Chef Donald J. Smith was born and raised in New Orleans, the heart and soul of Creole and Cajun culture. It was there that he learned the ins and outs of authentic Creole Cuisine at the feet of his mother and uncle. Chef Donald, known in Chef D has owned several restaurants. His portfolio boasts preparing meals for various entities, including conventions, corporations, celebs like Barry Bonds, The O’ Jays, The Clark Sisters, and Miguel, and feeding the homeless and less fortunate.

The New Orleans native is a natural-born, innovative chef. Chef Donald has traveled the world and interacted with other first-rate chefs worldwide; he has had the rare opportunity to share his expertise and passion for good food with other chefs from countries like Brazil, Italy, and Spain. To enhance and broaden his knowledge and skills of Creole Cuisine and add a little professional twist to things, he attended Louisiana Vo-Tech and Delgado Community College, where he earned many Culinary Arts certificates. Not only does he mix his own spices, but he has also written a cookbook, Yes Chef, that came out in March 2020.

Chef D has received many awards, including “Gumbo” competitions, and accolades. In 2018 he was voted one of Louisiana’s best chefs, and in 2020, he received the Culinary Excellence Award from the National Black Chef Association. This summer, Chef D was also named Culinary Ambassador for Louisiana for the National Black Chef Association. Outside of the kitchen, the chef is very active in his community and involved in various causes, spending days working at the Salvation Army.

Chef Donald is the founder and president of Urban Chef Alliance, Founder of Cooking for Life5013c. Chef Donald now has 20 plus years of experience in culinary cuisine preparation under his. Finally, he is a member of the American Culinary Federation, the Association of African American Chefs, Jugs Social Club Krewe of NOMTOC, the National Black Chef Association, 100 Black Men, and Glad Tiding Men of Distinction.

We Empower Magazine got an exclusive interview with Chef D. 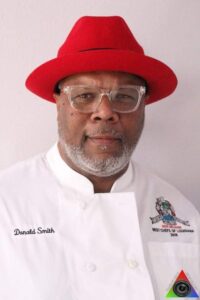 What inspired you to enter your industry as a Chef?

Chef D: As a kid, I was inspired to become a chef because my mother always took me out to different restaurants to eat. I also traveled with my grandmother to different places. It was the different food experiences that inspired me the most. Food is memory.

What was your first reaction at being named Culinary Ambassador for Louisiana for the National Black Chef Association?

Chef D: When I made Master Chef Bernard Talley a few years ago we really hit it off. When he called me and said he selected me to be Ambassador Chef for Louisiana, it was the one time I was speechless.

What do you enjoy most about the work that you do?

Chef D: I enjoyed seeing the look on people’s faces when they eat my cuisine. I call it feeding the Soul.

Did you ever consider any other profession? If so, what was it?

Chef D: When I started my first catering business, I was in Silicon Valley. When the IT business began to get off the ground, I was the shipping and receiving at an upcoming, that paid me really well, but decided to move back to New Orleans to pursue my culinary career.

How did your journey of obtaining celebrity clientele come about?

Chef D: I was the Executive Chef at the Hilton Hotel and Sous Chef at New Orleans Center so I got to prepare a lot of the celebrity food. I move back to the Bay Area where I became the personal Chef for Bishop J. W. Macklin, COGIC so we also have someone different coming to town and I was the man to make sure that was happy. I have cooked also for a few other celebrities just being in Bay Area, opening a lot of doors for me as Chef.

What are your favorite dish (es) to make?

Chef D: I love creating all types of cuisine, some of my favorites are Blackened Catfish Orleans, Gator Chili, and Different types of grill oysters, Creole, and Cajun dishes.

What impact do you intend to make as the Founder of Cooking for Life 5013c?

Chef D: Changing the paradigm in the community is crucial.

Is there anything you don’t know how to cook that you’re currently working on?

Chef D: Every day in this industry you learned something new, I’m always open to learning new things.

What are some memorable moments in your career so far?

Chef D: For me opening all the different restaurant locations, some make it some didn’t. I have received many awards and accolades, som.e being Glad Tiding Hospitality person of the years, Louisiana Best Chefs Award from ACF, Culinary Excellence Award from National Black Association, and Nominee for Arkansas Food Hall of Fame just to name a few

What is some advice you would give to someone who aspires to become a Chef?

Chef D: Follow your dreams and your passion, always put God first. You have to be dedicated, driven, and devoted. 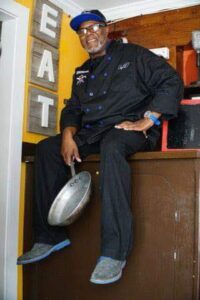