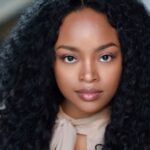 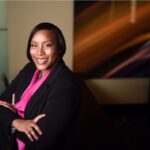 Ten-year industry reporter and creator Nick Hamilton will executive produce shows on Nitecast Media including The Opposite Reaction (Dash Radio), TMA with Nick Hamilton (SiriusXM), and The NH Experience (Youtube/ Spotify/ iHeart Media). In conjunction with these programs, shows such as Downtown Rams (DTR), Lakers Unfiltered, and At The Half with Jackie Rae – where Nitecast Media will co-Executive Produce the program along with Jackie Rae (JRae Productions) will all be featured on the website and all streaming platforms.

“Nitecast Media disseminates the stories to various communities that have a voice and deserves to be heard. From athletes, coaches, entertainers, creators, and entrpereneurs, we deliver authentic stories that positively promotes black and minority excellence through our media lens,” states Nick Hamilton.

Joining the fight for economic inclusion for black-owned media companies, Nitecast Media is holding its stance and showing large corporations its worth in ad dollars and investments.  Working in conjunction with iHeart Media and Spotify, Nitecast Media is partnered with several diverse platforms to provide maximum coverage to individuals worldwide.

From real-life news to awe-inspiring stories of leaders from various backgrounds taking charge in their local communities, Nitecast Media is the go-to source for trusted news and information.

We Empower Magazine got an exclusive interview with Nick Hamilton. 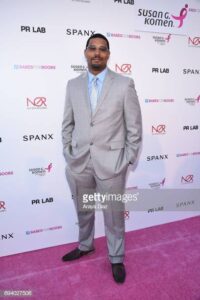 What inspired you to enter the media industry?

I am passionate about telling real authentic “people” stories. I enjoy sharing and covering stories about the experiences of players, coaches, and entertainers through the lens of sports and pop culture enthusiasts.

Congratulations on launching Nitecast Media. What can we expect from the platform?

Many can expect Nitecast Media to cover the latest news in entertainment, sports, pop culture, lifestyle, and tech. Black and communities of color have a voice that sometimes doesn’t get heard or acknowledged. Nitecast media positively highlights and recognizes the undiscovered. We share stories mainstream media refuses to cover. The reason I renamed it Nitecast Media is because of the darkness and richness of our hue. Through Nitecast Media, I’m on the mission to reversing the narrative for black-owned media. We will no longer be seen as outcasts.

What do you enjoy most about what you do?

I love being a journalist. I enjoy writing and creating great content, traveling around to different communities and connecting with people who are doing remarkable things to inspire others.

In what ways do you use your media platform to empower others?

Nitecast Media is a platform for everyone. It showcases individuals in various fields, their goals, their missions, what drives them every day, and the impact their making within their communities. Many people need to be heard, inspired, taught, and recognized.

What are some memorable moments in your career so far?

I have been fortunate to interview some iconic individuals such as Kobe Bryant, Diana Taurasi, Maya Moore, Snoop Dogg, Xzibit, Cedrick the Entertainer, Stephanie McMahon (WWE),  Becky Lynch (WWE), Roman Reigns (WWE), Don Cheadle, George Lopez, and countless others. When I covered my first pro team, which was the Los Angeles Sparks, I was inspired by the amazing player Candace Parker.

Are you currently looking for new media professionals? How can Journalists get involved

I will continue to produce and disseminate good, quality content while pushing Nitecast Media internationally. I’m executive producing a few new shows coming soon. I’m also writing a script for television. I encourage everyone to visit www.nitecastmedia.com to stay in the loop.

What impact do you intend to make throughout your career and through Nitecast Media?

The impact I would like Nitecast Media to make is encouraging more black-owned media to enter the mainstream realm. We should be allowed to cover mainstream events similar to mainstream media.

Any advice for aspiring media professionals?

Have faith in God and your higher power. Be sure you want to work in the media profession. It’s all about staying authentic and true to yourself. Know how to get to your destination and work toward what you desire out of life.  No matter what environment you’re in, always act as you belong. Be sure to follow Nitecast Media’s new movement!