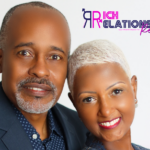 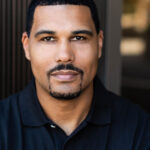 The recent headlines of harassment and police shootings against Black and brown citizens across the country are symptoms of a larger disease that sits at the foundation of society and the modern-day policing system. While many have chosen to fight back through physical protest, legislation, and social media, Atlanta-based actress and writer Leslie Black is fighting back from the producer’s chair.

As a Black mother in America, Leslie Black is using her platform to not only raise awareness on police reform but showcase the effects of police brutality on Black mothers through a new lens. With the Summer release of her new short film, “Mommas,” Black is showcasing the effects of this epidemic on the mental health of the Black community, the disconnect between both sides when discussing issues with police brutality, and specifically motherhood.

We Empower Magazine got an exclusive interview with Leslie. 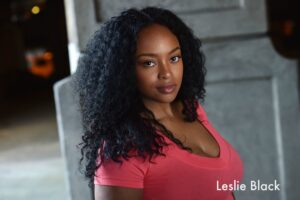 Tammy Reese: What inspired you to become a Filmmaker, Writer, and Actress?

Leslie Black: Well, watching stories come to life has inspired me throughout my life. It brings me great
joy to bring those untold stories to light and I enjoy the artistic process of film whether it’s in front of or behind the cameras.

Growing up watching filmmakers like John Singleton and artists like Angelina Jolie and Thandie Newton convey art in such a powerful way served as an inspiration for me as well. I’ve always admired their contributions to the industry and how they’ve brought storytelling to light.

Tammy Reese: What do you enjoy most about being in the entertainment industry?

Leslie Black: I think I enjoy the artistic aspect of the industry the most. I love seeing the audience’s
reaction when my work is being displayed. Whether it is making someone laugh, cry or even think for that matter, those moments bring me a lot of gratitude in my work. It lets me know that I did my job.

Tammy Reese: What are some memorable moments in your career so far?

Leslie Black: Well, I have had a lot of interesting memorable moments throughout my career. However, I have one moment that I will always remember. I auditioned for what I felt was one of my first big roles. I have done large projects in the past, but this particular role was for a movie that Wendy Williams was doing many years ago. It was for her first biopic before the popular one that came out this year. It was called ‘Queen of Media.” She toured many different cities and one of those stops landed in my hometown of Columbia, South Carolina.

She auditioned several people and I happened to be one of the people that booked a role in her movie. My character was a young woman who was in an abortion clinic scene. After I booked the film, I patiently waited until I received my script and my production details to come to New York for filming. However, they ended up telling me that I had to come up one day and then changed the schedule. I was a young college student and wasn’t making a lot of money at the time. So of course, it was a little bit of a bind because I had already purchased my ticket. I was coming from Columbia, SC so it wasn’t like it was up the street from me.

I found out that I could not get a refund for my ticket and I could not attend filming on the day that they had changed it to. So, I was a little bit bummed by that experience. At the time, Charlemagne The God who I was friends with was working for Wendy Williams. I shared with him what happened and the whole story about the date changes and not being able to participate in the movie because I couldn’t afford to go anymore. He told me “no, no, no, no, no…If you’ve booked the movie then you’re going to go.” He paid for my flight so that I could make filming for the movie.

I felt that that was so thoughtful of him and I believe that is why he has been able to do such great things in his career. He has always been a really good person who’s looked out for other people. So I made it to New York and filmed the movie, which at the time starred Robin Givens. The movie unfortunately never came out. I believe she moved forward with another biopic, but the details are on IMDB, and I could secure experience with my first big role.

Tammy Reese: What impact do you intend to make through your latest project MOMMAS which you wrote and star in?

Leslie Black: I hope this project sheds light on the negative impact of racism, police brutality, and blatant disregard for African American life that we’ve been experiencing in both the present day and throughout the history of the United States. I also hope that it showcases what a mother’s love looks like when engulfed in the pain of grief.

The project showcases so many themes, including trauma, mental illness, forgiveness, and understanding. I hope that all of those emotions are felt by the audience and that this project will evoke some change. I have a hope that it will inspire us to unite in love and move forward in a community where we are not judges based on the color of our skin.

Tammy Reese: Who are some women in film that have made an impact on you personally and professionally and why?

Leslie Black: I’ve had several women in the industry who have significantly impacted me that work in the industry. A lot of women actresses and friends have been a great support system for me throughout the journey of my career. I’ll also say agent Jenna Vandyke has made a great impact on me personally and professionally. I like to say she’s like a mama bear for me. I actually call her Mommas J. She truly loves her talent and supports our endeavors whether it’s in the form of showing up to showcases or life events.

When I had my daughter, she sent me so many packages of clothing and gifts so that she would have so many clothing options. Just so many sweet things that she does outside of the professional realm. She’s an amazing asset, mentor, and cheerleader for me. She makes time for career talks and her support and belief in me has really been unmatched.

Tammy Reese: When you think of women empowerment, what comes to mind?

Leslie Black: Power comes to mind. There is so much power in numbers. When women come together, there’s really no stopping us. It’s a beautiful thing.

Tammy Reese: What else are you currently working on?

Leslie Black: At the moment, I am auditioning for new roles and writing new scripts. I can’t wait to get all of these ideas out of my head and translate them on-screen to hopefully make a positive impact on those that are watching them.

Tammy Reese: What do you want your legacy to be?

Leslie Black: I want my legacy to be one of truth and light. I want people to view me as a storyteller
that changes lives.

Tammy Reese: What else can we be on the lookout for?

Leslie Black: Recently, I booked a lifetime movie that I’m very excited about. I’m also in the midst of
developing new projects that hopefully, you guys will be able to see soon. 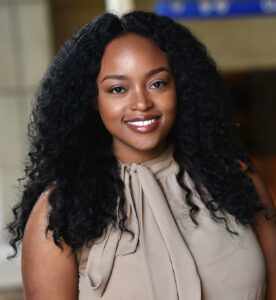 For more information on Leslie Black, visit her website at www.LeslieBlack.net.