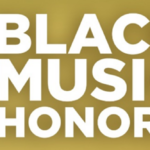 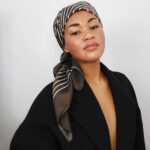 Dedee Pfeiffer plays the role of Denise Brisbane, the office manager of a rural detective agency on the ABC hit TV series BIG SKY. New episodes began Tuesday, April 13th. This is the first time that Pfeiffer has worked with her producer brother-in-law, David E. Kelley.

Fans across the nation and abroad are tuning in every Tuesday night and in case they miss it, during the week on HULU to see what comes next on the Montana based series that features kidnappings, murders, a serial killer, human trafficking, and just about everything you would never want to see in a beautiful mountain town but none the less love to see every week on television. Fans of the show know that amidst much chaos and confusion, Denise is the voice of reason who often defuses the hot-headed detectives who react with plenty of passion and emotion. Legendary Award-Winning Author, Stephen King posted on his Twitter account that Big Sky is “the best drama on network television,” coming from one of the master writers to ever walk the earth, that is huge!

Where has Dedee Pfeiffer, the former “Cybill” and “For Your Love” star been for the last 10 years? Other than being an awesome little sister to Academy Award Nominated and Golden Globe Award-Winning Actress Michelle Pfeiffer, Dedee took time off to raise two sons as a single mother along with going back to school to earn a Masters Degree in Social Work from UCLA. The TV actress hopes to join her celebrity and shine a spotlight on chemical addiction, mental illness, and homelessness. Dedee herself has been very vocal about her own addiction and recovery to encourage others to find their own path to treatment and wellness.

Dedee is making a profound impact not only with her talent but also with her meaningful humanitarian work. We look forward to seeing more of her giving back and creative efforts blossom as she continues to walk in divine purpose to uplift and inspire others.

We Empower Magazine got an exclusive interview with Dedee. 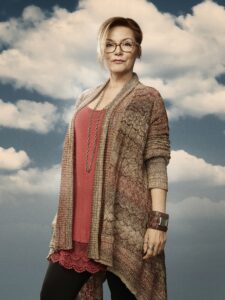 Tammy Reese: Congratulations on being cast in ABC hit TV series “Big Sky”. Please tell us about your role?

Dedee Pfeiffer: Thank you! I love to always say that “Big Sky” is like a wild ride. The way the pilot is set up, nobody is safe on that show. Even if you think someone’s going to die, you don’t know who or how. Denise is kind of the rock in the middle of the crazy. She’s like a mama bear, a little sarcastic, and she’s a smart ass.

Tammy Reese: Stephen King said the show is the best drama on network television right now. What do you think of that?

Dedee Pfeiffer: Well, I got to tell you, I am like the worst on social media because I don’t know what I’m doing. I just started Instagram, and I still kind of can’t figure it out. My boys are mortified that I’m doing social media. They tell me to not get all political and opinionated and to not embarrass them. I tell them that Mommy will do mommy.

One of the other cast members sent to me what Stephen King had said on his Twitter account and I thought it was really cool and I was so flattered. I am so honored to be on this show with the amazing and talented group of actors, writers, and producers. I’m just so grateful to be employed at my age. Then you throw in compliments from Stephen King, it just adds to the gratefulness that I hold in my heart.

Tammy Reese: How do you balance your career, being a mom in the industry, and your mental health?

Dedee Pfeiffer: You know, Tammy? That’s a fantastic question! I think parenting has to be one of the most important jobs ever and it’s probably one of the easiest ones to do wrong. I came from a parenting style, that’s very old school. Some of that still applies and a lot of it doesn’t anymore.

I think it’s challenging across the board. I’m no more special than any other parent, I’m trying to work and raise two children, especially as a single mom. It takes a village, if it wasn’t for my village, I don’t think my boys would be as well-rounded as they are.

Tammy Reese: Speaking of family, you have a sister, Michelle who also is in the industry. What is it like having Michelle Pfeiffer as a sister and not being the only one in the family who is an actress?

Dedee Pfeiffer: If she wasn’t such an amazing human being it would be really hard. I think that a lot of people look for drama with us or think that I might be so jealous of Michelle. I’m really not. She’s gorgeous, talented, mysterious, with amazing children, and a fabulous husband. She checks a lot of boxes, but that does not mean Chelle doesn’t have days where she has off days or where she has the same issues that we all have as women right? As a parent, wife, and businesswoman.

I have a younger sister Lori, who’s also gorgeous, and talented, and smart. I kind of feel like doesn’t everybody have beautiful sisters around them? It’s my norm. So there’s no room for jealousy because they’re my sisters. I love them.

Tammy Reese: You’ve been a part of some masterpieces productions, especially TV series like “Seinfeld”, and “The Dead Zone”. You have an amazing resume. You have kicked ass in this industry, and you will continue to do so. What are some memorable moments for you that you’re proud of?

Dedee Pfeiffer: Thank you so much for the compliments. It always goes right to my heart. I’m proud of my academic journey when I did my master’s program at UCLA. I took a year off in between, to go to rehab, to get sober, and to acknowledge the fact that I was a high-functioning alcoholic, and slowly killing myself. I took a year off to heal and to embrace that I was an addict.

It doesn’t matter what your drug of choice is …heroin, meth, food, gambling, or alcohol. The bottom line is if you’re using something to a point where it’s making your life not the best, you hit your bottom, then you’re ready for help. I was ready and that is one of the things that keeps me sober every day. Acknowledging things that I’m really grateful for. I am a huge advocate for talking about mental health and talking about addiction. I want to be part of the solution. Hashtag sober life.

Tammy Reese: What do you want your legacy to look like?

Dedee Pfeiffer: Part of my legacy is in every moment that I have breath in me. We all have a choice, we can grow old gracefully, or grow old kicking and screaming.

Tammy Reese: For the women out there who aspire to be an actress to enter the entertainment industry, but they don’t have the connections, the resources, and maybe scared and don’t even know what will come from it. What would you say to them?

Dedee Pfeiffer: When I went to my sister it feels like 1000 years ago when dinosaurs were walking around I said that I wanted to be an actor. She said, “get your butt into an acting class”. I then asked did I need headshots and an agent. She told me to stop right there and don’t think about agents, don’t think about headshots, or any of that nonsense. I was to just get my butt into a really good acting workshop. I thought that was the best advice.

Acting has to be something you really love, and you’re willing to hear a lot of no’s. My best research as an actor is watching people. So look at people through a lens of trying to understand why they do what they do, versus judging what they do. Because then you can pull that into a performance and create a performance that’s real and tangible for people to understand. 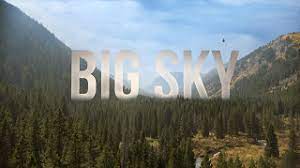