In our current climate, we need to uplift our Black Kings more than ever. In the entertainment industry particularly at times, we see way too often Black men with high achievement careers be picked apart and work attempted to be erased. No one has US like US. Here at Hustle and Soul Magazine, we want to take the time out to uplift, honor, salute the one and only “James Brown of Rap” known as Mystikal.

Interviewing him reminded me how talented, compassionate, funny, and humble he is. Mystikal, a world-renowned music artist whose music has been featured in films, video games, commercials and more embraces his past, present, and future with passion, resilience, and determination.

He is ready to open up more about his life behind the scenes to empower and give back to others while continuing to be the creative genius that he is. Mystikal whose real name is Michael Lawrence Tyler has worked with some of the top record labels and producers in the industry including Master P and The Neptunes. Mystikal is amongst the greatest in the Rap game and will forever be a legendary music artist.

TV One’s Critically-Acclaimed Docu-Series Unsung continues with Rap King Mystikal this Sunday, April 18th at 9 P.M. ET/8C. The rap legend that helped put New Orleans rap on the map gets candid about his career reaching a halt after wrongful convictions. Mystikal also opens up about the struggles and pain that inspired him to pursue music and his desire to reclaim his career. Be sure to check out Unsung.

We Empower Magazine got an exclusive interview with Mystikal.

Tammy: Your real name is Michael Lawrence Tyler how did your stage name Mystikal come about?

Mystikal: When I started out my stage name was MC Mike T, but I needed to change it up. I was thinking about something good that goes with Mike. My partner thought of Mystikal Mike. I thought that sounded right and that’s how Mystikal came about.

Tammy: Did you always know that you wanted to be in the entertainment industry or was there another profession that you were interested in?

Mystikal: I always knew I was going to do something big at an early age. I just didn’t know that it would be rapping. I thought I was going to be playing basketball like Michael Jordan or on stage like Michael Jackson. At all the family get-togethers I was always the main attraction. I couldn’t wait to show off. I always knew I would be in entertainment doing something for sure.

Tammy: Thank you for your service! How did you decide to join the Army as a combat engineer?

Mystikal: Thank you and you’re welcome! After high school, I knew that I wanted to do something productive with my life. I was sick of school at the time and didn’t want to go to college so I went to the Army.

Tammy: Let’s talk about some of those Billboard Chart-topping songs that to this day if we hear the first beat we know exactly what song it is. What was it like working with Pharrell on “Shake It Fast” and having “Danger” hit number one on the charts?

Mystikal: Pharrell is an amazing producer, he has an incredible ability to bring out the best in an artist. He’s done that with everybody that he’s worked with. It was a lot of fun to work with him and to make the videos to those songs especially coming from a male perspective. Lawd! I haven’t been around that many beautiful women at one time in my whole life. I was like wow this is amazing!

Tammy: We love you and all the work that you have accomplished. What are some of the proudest moments in your career so far?

Mystikal: When I got the opportunity to work with the Make-A-Wish Foundation. There was a young lady that was terminally ill and one of her last wishes was to meet me. How humbling is that? You know I cried right? Her name was Lakeisha, she was an amazing lady. That is something I’m most proud of.

Tammy: As an iconic figure to the music industry, do you have any words on the untimely passing of DMX?

Mystikal: He is going to be very very missed. What an iconic figure in this music industry. DMX was such an inspiration on all levels. Especially for what to do and what not to do. Just like myself. He was a Godly man and I don’t be want to hear any of that foolishness they are talking about on the internet because he doesn’t deserve that. Rest In Peace to the great DMX.

Tammy: Unsung which is a multi-award-winning show is showcasing your life and career. What can viewers expect without giving too much away?

Mystikal: They can expect to see another side of me that’s never been showed before. Many people don’t know about my work with the Make-A-Wish Foundation because it’s never been something that I bragged on though it’s something I’m definitely proud of.

There will be a lot of stories on Unsung that people have never heard, so the viewers will get to see a different side of me. Shout out to the team that put it all together. I sure had a blast filming it and those who watch will have a lot of fun Sunday, April 18th at 9 p.m. ET/8C.

Tammy: You’re known as the James Brown of Rap, which you deserve. As you continue your amazing career, what do you want your fans to know?

Mystikal: I would tell them that I loved what I did and I wouldn’t tell anybody nothing that I wouldn’t do. Like if I told them to go jump off a bridge while I’m sitting at home watching TV but got them jumping off the bridge.

I love fans and my music. I would never come to a concert and fake it. Everything I’ve done I did from the heart and with passion. The money was a perk.

Tammy: What advice would you have for aspiring music artists who may not have the connections or resources to enter into the industry?

Mystikal: If you love it, that love will get you over the hump. It’s not always rainbows and unicorns because there will be some tough days. During my career, the passion that I have always got me through.

So make sure you do it with passion if you’re an aspiring artist. Not just rappers, but singers too, don’t let anybody tell you what you can’t do. Also, remember that you have the right to say no to something and make sure that you believe in yourself. 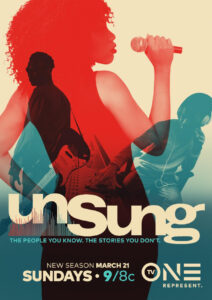