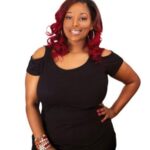 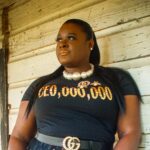 All-new episodes of TV One’s original, docu-series Unsung continue this Sunday, April 25. UNSUNG leads the night highlighting Syleena Johnson at 9 p.m. ET/8C. In addition to Unsung, fans are treated to a sneak-peek look at episodes with the new digital series, Unwind with Syleena Johnson. Each episode will be published on TVOne.TV and TV One’s social media platforms. Syleena will react to clips, share anecdotes, and provide cocktail recipes for viewers to unwind as they watch both UNSUNG and UNCENSORED. She’ll end each episode reminding viewers of their chance to win a $250 Amazon gift card. Syleena is no stranger to being featured on our platforms and it continues to be an honor to support her many amazing projects.

Syleena Johnson is a singer and storyteller with a rich, sultry voice, who started young and is still going strong. Born directly into the world of music, Syleena tells her story of battling weight issues and toxic relationships to become the resurgent singer and powerful woman she is today.

Unsung is narrated by actor Gary Anthony Williams and is Executive Produced by Arthur Smith and Frank Sinton of A. Smith & Co. Productions. Mark Rowland also serves as Executive Producer. For TV One, Jason Ryan is Executive in Charge of Production; Donyell Kennedy-McCullough is Senior Director of Talent & Casting, and Robyn Arrington Greene is Head of Original Programming and Production. 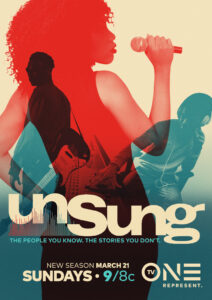 Tammy Reese: Congratulations on your upcoming Unsung Episode. What do you want the audience to take from it?

Syleena Johnson: Anytime you sit down and share your story about your life, or things that are personal to you, as opposed to artistically, I think that it is a good way to make your work relative to the actual viewer, or the actual listener. When you start to understand behind the scenes and what was going on, then you get to have all these ah-ha moments which makes the art that the artists create more powerful. I’m hoping that people can relate better to me because of what they learn this Sunday on Unsung.

Tammy Reese: You have a new album that just released, can you please tell us about it?

Syleena Johnson: It’s called The Making Of A Woman, it’s the woman album reloaded, because the Woman album came out last year, but then the pandemic hit, and as we know, the whole world shut down. We couldn’t do in-person performances, people were getting fired from a lot of radio stations, and we were dealing with social injustice to a point where it was almost insensitive to even try and promote your own stuff.

So this album is the Woman album but reloaded, redone, repackaged, and with more records. As women, we still have a voice in this world and the album is an ode to women. It’s from women, by women, and about women.

Tammy Reese: How did Q Parker from 112 get involved with the project?

Syleena Johnson: Q Parker’s a good friend of mine and the record “Home” is the song that he’s on. It was a solo record at first, but I was like, you know, this record would be such a good message with both points of view with both perspectives. The song talks about being solid and knowing that the person that you’re with is the right one. It’s one thing for a woman to say it, but it’s even more impactful I felt if a man were saying it.

One of the things that women want more than anything is for a man to be all right with what they have to offer. Do you know what I’m saying? For women to be able to hear a man say, “this is home, we are home”, and then there’s a part of the song that says, “give me your crown, give me your crown now, baby” He’s saying you’ve been cleaning all day, but give me your crown. Now it’s time to chill. It’s time to let me take over. What woman doesn’t want to hear that from their man?

Tammy Reese: Earlier you touched on social injustice that has been taking place as of late. You are a cast member in the highly recommended film “Equal Standard”, how did you get involved with the project?

Syleena Johnson: Taheim Bryan is one of my good friends and he’s a movie producer. He called me like, yo, Selena, I got a part for you. The role is Sergeant Jackie and my husband in the movie is Tobias Truvillion, we’re both police officers.

Taheim thought that I would kill the part so I came down, and I did it. I stuck with him all the way through the progression of this film and look at God, the fact that is out in a time where all of this police brutality is happening, it’s just art imitating life. I’m just really, really honored to be a part of it.

Tammy Reese: What a major accomplishment being a Grammy Nominated Artist. How did you get involved with being on Kayne West’s chart-topping song “All Falls Down”?

Syleena Johnson: We’re both from Chicago and we knew of each other. I was a big fan of his music and liked what he had done with Jay Z. My ANR guy, Wayne Williams introduced me and connected us. I remember having a conversation with Kayne about the record “You Don’t Know My Name” that he did with Alicia Keys. I told him how much I loved his work and wanted to work with him and the rest is history.

Tammy Reese: You’ve been very open and vocal about your personal struggles throughout your career that kept you resilient. What encouraging words would you give to other people who may have gone through similar situations?

In the process of keeping going, seek counsel, don’t let trauma be the end-all to be all of who you become. We’re all going to experience pain at some point in our lives. Pain is weakness leaving the body. Pain is progressive, though, because what it does is make you uncomfortable. To get out of this predicament you got to move around. So keep going.

My advice is to keep going but also create a foundation around you to help you to keep going. Such as counseling, positive friends, and surround yourself with positive affirmations every single day. Getting upset is cool, but don’t quit or get down. You will make a mistake, you’re not going to be perfect and you’re not going to win every single day. There will be setbacks, but they are setups for your comeback.

Tammy Reese: For black women who are inspired by you and want to become a singer, actress, or a talk show host, but they may be scared or may not have the resources or connections especially during these unprecedented times. What would you say to them?

Syleena Johnson: I will piggyback off of what I said before. Keep going. It’s exhausting. We’re out here fighting in the midst of everybody fighting. So it’s hard sometimes to see the end goal, but you have to have faith, you have to believe in yourself. If Jesus said, all you need is a mustard seed, I’ve got at least three.

That’s why I say create affirmations. Some people don’t make it because they really didn’t believe in themselves. Something’s going to continuously pull you to what you have to with your gift and your purpose. God has set that purpose, you don’t have a choice, you’re going to have to walk into it at some point.

I believe so you may as well believe in yourself too. If you believe in yourself, you can accomplish it all in this lifetime. You can do anything that you set your mind to. The last thing I’d say is to surround yourself with entities that help facilitate your growth, and your progression and elevate your gifts.