There is nothing more strange than a stranger coming out of the blue and saying she is family. Or is it? In the Lifetime movie, ENVY: A Seven Deadly Sins, Keisha (who is played by Serayah), finds out who her biological father and half-sister, Gabrielle (played by Rose Rollins), are and writes a letter to them as if it were from her recently deceased mother. Struggling to hold it together, not only does she allow her envy to infiltrate her sister’s family and work, she allows her hatred and anger to lead her down a path of destruction.

Of the seven deadly sins, envy has a way of manifesting the worse in people and can lead to doing some of the most horrific things to another person. And though Keisha hated everything about her life and wanted her sister’s, she wanted to revenge even more. Her revengefulness allowed her envy to destroy her in the process of trying to destroy her sister. But with her actions, she was granted grace. In an interview, I had the privilege of asking Serayah how she felt receiving grace after playing this role. She had this to say:

This is a must-see movie about the entanglement of envy, greed, anger, hurt, and how grace can overshadow all of those things. Wanting something someone else has comes with consequences. This Keisha found out first hand. This movie also shows the love of a father and how far he will go to right his own wrongs of his past. He also shows a father’s love in a way that is rarely shown on screen. Again, this is a must-see movie, so don’t forget to tune in! ENVY: A SEVEN DEADLY SINS STORY premieres Saturday, April 17th at 8 PM ET/PT on Lifetime. 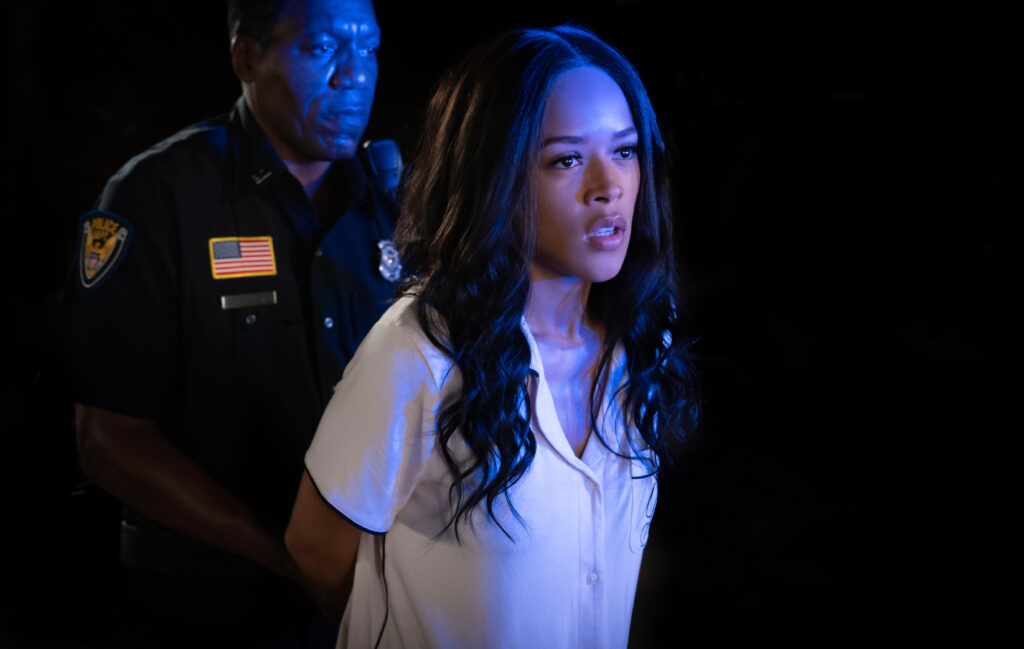 Shronda Armstrong, Founder and Creator of The Geaux Queen Brand

Gabrielle Flores (Rose Rollins) has it all – a devoted husband, a beautiful daughter, and one of the best PR firms in the country.  When Gabrielle’s father suddenly reveals she has a half-sister, Keisha (Serayah), as a result of a brief affair, only-child Gabrielle is delighted to welcome her into her life.  But Keisha, who grew up with nothing, wants more than a sisterly bond from Gabrielle—she wants her life and is willing to do whatever it takes to get it. Envy: A Deadly Sins Story also stars Kandi Burruss, Donovan Christie Jr., Gregory Alan Williams, Da Brat, DC Young Fly, Clifton Powell, and Hosea Chanchez and is produced by TD Jakes Enterprises and Big Dreams Entertainment. T.D. Jakes, Derrick Williams, Leslie Greif, and Shaun Robinson serve as executive producers, and Damon Lee directs from a script written by Nneka Gerstle.