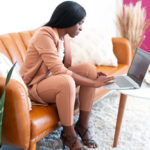 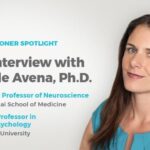 WASHINGTON, D.C – Today Sen. Tammy Duckworth introduced a bill with Senate Majority Whip Dick Durbin (D-IL), Sen. Cory Booker (D-NJ), and Sen. Roger Wicker (R-MS) as co-sponsors to establish Chicago’s Roberts Temple Church of God in Christ as a National Monument. The move would offer the highest level of federal support for the church and would ensure that the National Park Service will preserve, protect, and interpret its powerful impact on American civil rights history for generations to come. Civil rights activist Mamie Till Mobley was a member of Roberts Temple Church of God in Christ, and the church played an historic role in the funeral of Emmett Till, her fourteen-year-old son killed on August 28, 1955, during a visit with relatives in Money, Mississippi.

Duckworth noted that she was re-introducing her Police Training and Independent Review Act to work towards “racial justice, police reform and preventing all tragedies like Breonna’s.”

Rather than cover up the brutality of the murder, Mobley bravely decided to hold an open casket funeral at Roberts Temple Church of God in Christ so people could witness the bitter consequences of racism.  When tens of thousands of people came to view young Till’s mangled body from September 3-6, 1955, and photographs of his mangled face were published in journals around the country, it ignited the Civil Rights Movement of the 1950s and 60s, similar to the way George Floyd’s death has impacted movements today.  TIME magazine named a photo of the Till funeral one of the 100 most influential images of all time.

Last year, the National Trust for Historic Preservation placed Roberts Temple Church of God in Christ on its 11 Most Endangered Historic Places list, recognizing its groundbreaking significance and the need to restore and preserve the site.  Support has continued through Trust grants and technical assistance as well as through advocacy to gain federal support to maintain the site.  The Trust has partnered in this work with members of the Till and Roberts families, The Emmett Till Interpretive Center, the National Parks Conservation Association, Latham & Watkins LLP pro bono program and other interests committed to the longevity of this historic landmark.  Efforts are also ensuing to obtain National Park status for Roberts Temple Church of God in Christ, as well as for important sites linked to Emmett Till in Mississippi.

“The Roberts Temple Church is both extraordinarily and heartbreakingly important to Chicago, our state and to our country’s history,” Sen. Tammy Duckworth said. “It’s time we recognize how historic sites can not only teach us about our history – but provoke us to build a more just future. By designating this church a historic site, we will help ensure that this awful chapter is not erased and that generations of Americans to come can show respect to Mamie and Emmett’s stories.”

The National Trust’s Chief Preservation Officer Katherine Malone-France said, “Our nation will benefit tremendously when Roberts Temple is designated a National Monument, lifting up its profoundly important role in American history.  It is imperative that our country appropriately honors the site of Emmett Till’s funeral and of Mamie Till Mobley’s remarkable courage.  We are honored to support the Roberts Temple congregation, the Till family, and the local community as they advance this designation and determine how to carry forward the legacies of this powerful place, as a unit of the National Park system.”

Reverend Wheeler Parker, who witnessed his cousin Emmett’s abduction in 1955, and his wife, Dr. Marvel McCain Parker, said, “We are grateful for the introduction of legislation to preserve the legacy of Emmett Till and Mamie Till Mobley by making Roberts Temple a National Monument, which will help to fulfill Mamie’s request for my wife and I to continue her work to ensure her son’s death was not in vain.”

Roberts Temple Church of God in Christ was founded in 1916 and is known as the “mother of all of the Churches of God in Christ in Illinois.”  With its founding, it became a central place of worship and political organizing for many who migrated to Chicago from the South during the early 20th Century.

Today, the building remains in use by the Church of God in Christ denomination, now led by Elder Cleven Wardlow who said, “On behalf of the congregants of Roberts Temple and members of the Roberts Family, we strongly support this endeavor as well as the ongoing efforts by racial justice and preservation organizations to obtain federal protection for Roberts Temple.”

Patrick Weems, Executive Director of the Emmett Till Interpretive Center stated, “What took place at Roberts Temple changed the world.  We commend the Roberts Temple congregation, the Roberts and Till families, especially Rev. Wheeler Parker, Jr., Dr. Marvel McCain Parker, and Ollie Gordon for their commitment to tell the truth, and we want to thank Senator Duckworth for her leadership in bringing forth this legislation.”

“The time for turning away from this painful chapter in American history is long over” stated Alan Spears, Senior Director for Cultural Resources.  “The National Parks Conservation Association applauds Senator Duckworth for introducing this very significant piece of legislation commemorating the legacies of Emmett Till and Mamie Till Mobley.”

For more information on the campaign to designate the Roberts Temple Church of God in Christ National Monument visit www.tillnationalpark.org

The African American Cultural Heritage Action Fund is a multi-year initiative of the National Trust for Historic Preservation in partnership with the Ford Foundation, The JPB Foundation, The Andrew W. Mellon Foundation and other partners, working to make an important and lasting contribution to our cultural landscape by elevating the stories and places of African American achievement and activism. Visit http://www.savingplaces.org/actionfund

About the Emmett Till Interpretive Center

The Emmett Till Interpretive Center is a nonprofit organization that exists to educate the public on the lives and legacies of Mamie Till Mobley and Emmett Till and to pursue racial justice, healing, and reconciliation. The Center works to preserve and interpret the legacy of the Till tragedy in Mississippi and Chicago and uses the arts and storytelling to help process past pain and imagine new ways of moving forward. Visit www.emmett-till.org. and www.preserverobertstemple.com

The National Parks Conservation Association (NPCA) serves as the voice of America’s national parks, working to protect and preserve our nation’s most iconic and inspirational places for present and future generations. We celebrate the parks — and work tirelessly to defend them — whether on the ground, in the courtroom or on Capitol Hill.

As one of the world’s largest providers of pro bono legal services, Latham believes that the unique ability and responsibility to advocate for equal justice and to provide representation to groups and individuals of limited means is intrinsic to the practice of law. Between 2000 and 2020, Latham provided almost 4 million pro bono hours in free legal services to the nonprofit sector, and to underserved individuals and families, valued at more than US$2 billion.

Lashawn Dreher: An Entrepreneur Teaching Other Black Businesswomen to Value the Hustle