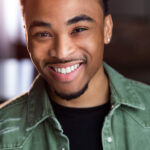 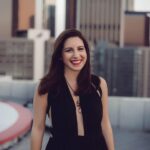 When it comes to a secret, how far are you willing to go to make sure it is not found out? And will there be consequences if it is? In Miasha Coleman’s riveting novel turned movie, Secret Society, you will be in awe at the many secrets that continue to come out from all angles and in ways you could never imagine. From the high life to the hustler, everyone has a secret. But isn’t that life? Or is it? This movie will not only have you on edge of your seat, but it will also grab at your heartstrings.

I was graciously able to chat with the West Philadelphian Author and Director, Miasha Coleman to discuss the inspiration behind both the book and the movie. Her transparency and humbleness are a tell-tell sign of why this film and everything she does will be nothing short of a success.

Dr. G.: Thank you so much on behalf of WE Empower Magazine that you’re taking the time to interview. I want to go back because, in your bio that I received, it said that you started writing some of these very juicy stories in high school. What was the inspiration behind some of these stories and particularly what birth secrets society?

Miasha: Well, first of all, thank you for having me. And I’m so glad that you, enjoyed the movie and it provoked some emotion because that was the whole goal for me as a first-timer. So, thank you. As far as what inspired my stories, I come from West Philly, from an environment where it was a lot of flashiness going on. A lot of the mindset of the characters in my stories was very prevalent in my neighborhood. And so, I was just writing stories from experiences that I had or experiences that I’ve witnessed in the environment that I grew up in.

And back then when I was writing in high school, I didn’t know that those types of stories could be commercialized. I didn’t know that there were actually books on the shelves that spoke to me and my community that resonated with me that I could relate to until I started sharing my work with classmates. And one of them said that I needed to start reading Omar Tyree’s books because they were very reminiscent of my own writings. And once I did, I got hooked on Omar Tyree’s books and I became a huge fan. And then he actually provided a blurb for secret society on the cover. So, it’s been a journey. Um, but it just, it really just started with my inspiration that I was surrounded around.

Dr. G: Let’s take a quick look at the trailer:

Dr. G.: WOOOOO, Girl, let’s talk about this movie! Shocking and jaw-dropping! I have to know, how did it feel bringing your book to life?

Miasha: The book was so ahead of its time. It came out in 2006 and it shocked everybody then because it was something that was so brushed under the rug. It was something that was so taboo, nobody really spoke about it back then. And now 15 years later, it’s even more relevant. Um, now, so I feel like just bringing it to life, um, at a time where it’s more talked about it’s more, um, to a certain degree, it’s more understanding and compassion around the subject matter. So, I felt like it would be important timing to bring it to the screen now.

Dr. G.: Oh, I hundred percent agree. I think that representation really matters. And if this was 2006, you were way your time in comparison to right now. But I do think that just watching it now, hearing that it came out back in 2006, just looking at it for present-day and how it attaches to so many people who don’t want to talk about sex and sexuality and even hustling and what that means and why people feel the need to break some of these stigmas that, that surround, especially the black community behind, you know, hetero and homosexuality.

Miasha: Definitely. I think there are a few messages, but primarily I want people to walk away from it with a better understanding and with some compassion towards the two main characters and just what they have to go through being who they are. 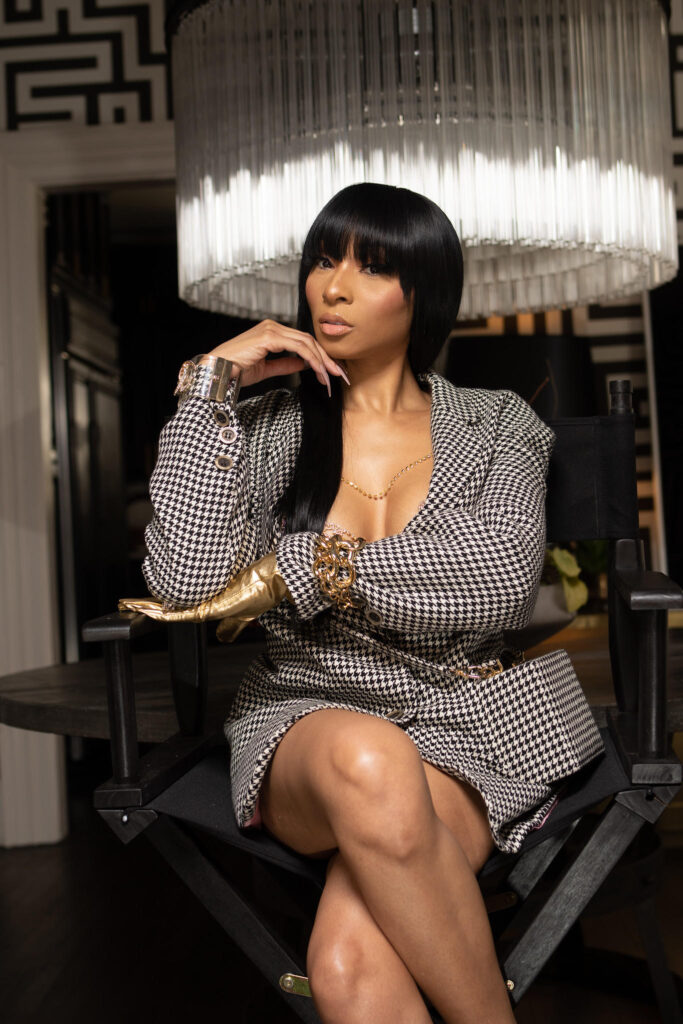 I want people to walk away from this movie also feeling like they can be true to themselves in that’s the best option and the best, and it produces the best outcome as well, even if it might not feel like the best thing to do right up front. So, overall I just want people to, I want the conversation to be had, and I want people from all different walks of life to be able to start understanding people’s stories and their backstories and, and allowing people to feel the freedom to be themselves.

Miasha: Well, I just wanted to empower women in any way that I could in this process. I mean, it was a woman who pretty much mentored me and guided me through my book deal and her support and it is so genuine. Um, it inspired me, to pay it forward, um, throughout my career. And so when it came time to do the movie, I definitely wanted to utilize, um, female independent female, um, entrepreneurs and independent female artists for the music, because I just wanted to have that female-dominated stamp on the movie.

And I feel like it definitely, it does that, but it also does the movie justice, because like you said, the fashion is incredible and it’s coming from women like Milano women, like Leon clothing in Philadelphia. And then we use ads boutique in Miami. We use Ivy showroom here in Atlanta. So, um, I feel like it definitely did it played as part, but we were able to, you know, highlight some of those women, um, designers as well.

So, it was a win-win really.

Dr. G.: It definitely was a win. And I think what I really loved about it is that even though the characters were very flashy, it was so tastefully done. I love every suit, every I like. Uh, so it was just put together so well to show, you know, women without all of this scantily clad, miss that normally takes place in when you think of girls that are out here doing all of these different things, the fact that there was not a show of skins really.

And would that be intentional?

Miasha: Well, these girls, the thing about it is even in the book, I wanted to show these girls in a light of really high society. I wanted them to be class acts if you will. They’re the type of women that adapt to their situation and to their surroundings. And so, as they found themselves, in the upper echelon of society, they adapt to that and they become that. And so, part of that was displayed in the wardrobe and, for it to be, tactical and tasteful.

So that was definitely intentional.

Dr. G.: I definitely loved it. I loved everything about it. What is coming next for you?

Miasha: It’s definitely a sequel. So, secret society itself is a trilogy. And I know already when people watch the movie they’re going to be demanding a part two. So, I’m almost certain that that will be on the horizon. 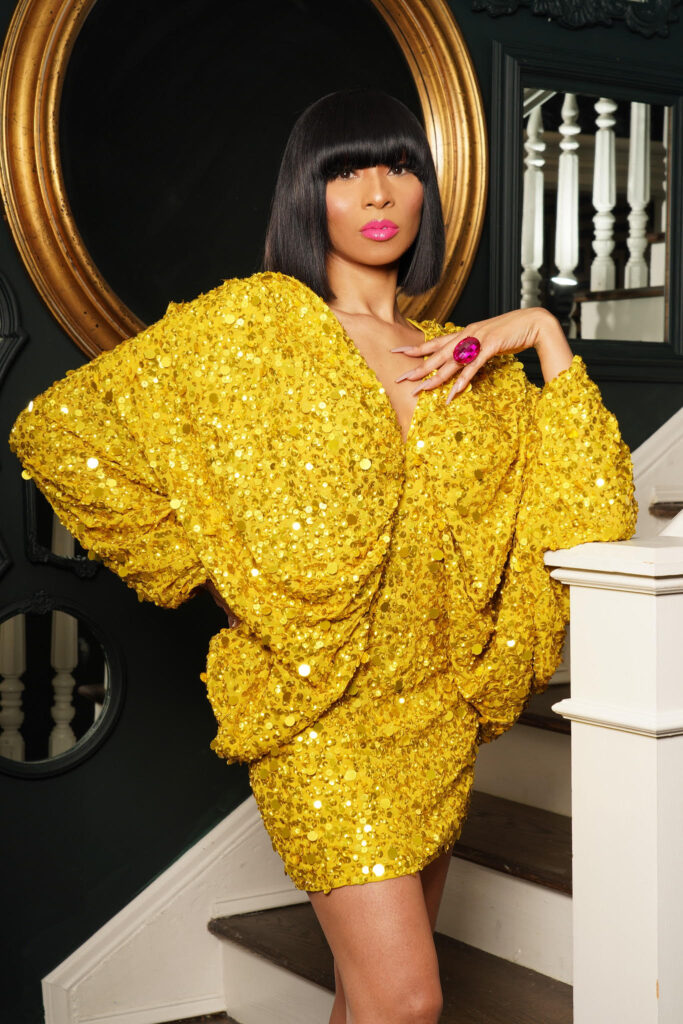 But in the meantime, if anybody is craving to know what happens next, they can read about it in Never Enough and Until Death. Those are the two books that follow Secret Society and they’re available on Amazon. And of course, having done this and having done it in such a huge way and in the movie coming out better than I could have imagined it coming out.

And, and well done. I think you should. I think the movie was absolutely done amazingly, and for a first-timer, you could never tell. I definitely thank you for taking the time and I’m going to get all books because I’m curious now, after that ending, I’m like, oh, I’m really curious now about what’s going to take place.

I wish you a ton of success. Any last words?

Miasha: To everybody who’s going to be viewing this or reading the article, please be sure to check out secret society on Amazon, April 2nd, follow Secret Society Movie on Instagram, and follow me @miashaofficial on Instagram. Thank you for having me. I really appreciate it.

ABOUT THE MOVIE “SECRET SOCIETY” Celess and Tina play the game too well, and they’re winning too. But when the secret they both share comes out, that same shovel that got them out of the dirt could very well bury them. Based on the best-selling novel of the same name, Secret Society is a first of its kind, a cautionary tale filled with high fashion, high lifestyle, and even higher drama. This movie will have your eyes glued to the screen to find out the jaw-dropping secret. Secret Society featuring Vivica A Fox, Jeremy Meeks, Vince De Paul, Rayna Love, and Tray Chaney. Secret Society will be available on Amazon Prime Video on April 2, 2021.

TUNE IN because you don’t want to miss it!!