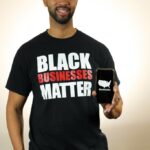 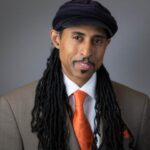 In this hour-long virtual program, industry leaders Fernando Garcia (Co-Creative Director of Oscar De La Renta), Valerie Steele (Director and Chief Curator of The Museum at the Fashion Institute of Technology), and Carson Poplin (Fashion Historian) will discuss the iconic looks from U.S. First Ladies of government in a candid conversation about how our First Ladies are fashion trend setters. The panel will explore how fashion plays a role and communicates in history, politics and contributes to the making or breaking of public policy. Archival images and current looks from recent First Ladies dressed by Oscar de la Renta will be featured. The conversation will be moderated by The Washington Post Senior Critic at Large, Robin Givhan.

“The fashion business plays an essential role in our economy, while also being a powerful form of communication and expression. We are delighted to host this discussion on “Fashion of the First Ladies” as we discuss their unique style statements, how it has evolved and what the future holds.” says Maryanne Grisz, President & CEO Fashion Group International.  “In celebration of Women’s History Month, and since 1930, FGI continues to provide a network and a forum to educate and create awareness for the important, impactful roles women play in the fashion industry and the world.”

“The U.S. First Ladies have been at the forefront of social change, from Abigail Adams’s declaration to ‘remember the ladies’ to Michelle Obama’s advocacy for public health and education – and their fashion choices often played a critical role in establishing their personality, their message, and their power. NYWIFT is thrilled to dive deep into the role fashion plays in media and communications as we celebrate Women’s History – this month and every month,” said NYWIFT Executive DirectorCynthia Lopez.

“Oscar adored the opportunity to work with accomplished women, finding role models and leaders such as Secretary Clinton, Mrs. Bush and Dr. Biden particularly inspiring. Like Oscar, Co-Creative Director Laura Kim and I relish the challenge of helping women lead their lives – especially if those lives take place on the world stage – with a tremendous sense of confidence,” said panelist Fernando Garcia, Co-Creative Director of Oscar De La Renta.

The program costs $10 for NYWIFT and FGI members; $15 for non-members. See details and register at https://www.nywift.org/event/fgi-nywift-present-fashion-the-first-ladies-panel/

About the Fashion Group International:

The Fashion Group International (FGI) is a global, non-profit, professional organization with 5000 members in the fashion industry and related fields with a mission to create a forum for discussion and to provide industry resources to its global membership in 26 regions. Founded in 1930 by 17 accomplished women, charter members include Eleanor Roosevelt, Edith Head, Helena Rubenstein, Elizabeth Arden, Miss Tobé, Carmel Snow and Dorothy Shaver.

New York Women in Film & Television (NYWIFT) advocates for equality in the moving image industry and supports women in every stage of their careers. As the preeminent entertainment industry association for women in New York, NYWIFT energizes women by illuminating their achievements, presenting training and professional development programs, awarding scholarships and grants, and providing access to a supportive community of peers. NYWIFT brings together more than 2,500 women and men working both above and below the line. NYWIFT is part of a network of 50 women in film chapters worldwide, representing more than 15,000 members. NYWIFT is a nonprofit 501c3 public charity.

Valerie Steele is director and chief curator of The Museum at the Fashion Institute of Technology, where she has organized more than two dozen exhibitions since 1997, including The Corset: Fashioning the Body; Gothic: Dark Glamour; A Queer History of Fashion: From the Closet to the Catwalk; Pink: The History of a Punk, Pretty, Powerful Color; and Paris, Capital of Fashion. She is also the author or editor of more than 25 books, including Paris Fashion; Women of Fashion; Fetish: Fashion, Sex and Power; The Corset; The Berg Companion to Fashion; and Fashion Designers A-Z: The Collection of The Museum at FIT. In addition, she is founder and editor in chief of Fashion Theory: The Journal of Dress, Body & Culture, the first scholarly journal in Fashion Studies. Steele combines serious scholarship (and a Yale PhD) with the rare ability to communicate with general audiences. As author, curator, editor, and public intellectual, Steele has been instrumental in creating the modern field of fashion studies and in raising awareness of the cultural significance of fashion. She has appeared on many television programs, including The Oprah Winfrey Show and Undressed: The Story of Fashion. Described in The Washington Post as one of “fashion’s brainiest women” and by Suzy Menkes as “The Freud of Fashion,” she was listed as one of “The People Shaping the Global Fashion Industry” in the Business of Fashion 500: (2014 to the present).

Fernando Garcia was born and raised in Santo Domingo, Dominican Republic. Drawn to the creative field and fascinated with fashion at an early age, he went on to study architecture at the prestigious Notre Dame. He then found the opportunity to meet Mr. de la Renta to show him a book of his sketches. This led to an internship, honing his craftsmanship skills and ultimately becoming principal designer. During his six years at the brand, Fernando helped to create some of the most iconic evening pieces in the Oscar de la Renta collection. Fernando began his career at Oscar de la Renta, working at the company from 2009 until 2015 when the pair left to found Monse. Fernando returned to the house as Co-Creative Director, debuting the Fall 2017 collection in February 2017.

Carson Poplin is a fashion historian, archivist, and writer based in New York City. She holds a Master of Arts from the Fashion Institute of Technology in Fashion and Textiles Studies: History, Theory, and Museum Practice, and a Bachelor of Art from Furman University in Art History. She has worked with several U.S. museums and corporations on exhibition research and garment archival projects. She has also written numerous articles for both online platforms and academic journals, including the forthcoming “‘First in Fashion’: Michelle Obama’s White House Style, 2009-2017” in White House History Quarterly (Summer 2022).

Robin Givhan (moderator) is senior critic-at-large for The Washington Post. She received her Bachelor of Arts in English from Princeton University and a Masters of Science in journalism from the University of Michigan. In 1995, she arrived at The Washington Post where she began covering the news, trends and business of the international fashion industry. She also wrote a weekly culture column. In 2009, she began covering Michelle Obama and the cultural and social shifts stirred by the first African American family in the White House. From 2010-2012, she was special correspondent for style and culture at Newsweek Daily Beast. She returned to the Post in 2014 as fashion critic. In 2020, she was appointed senior critic-at-large. Givhan’s work has appeared in Harper’s Bazaar, Vogue, Vogue Italia, British Vogue, Essence, Elle UK, New York and The New Yorker. She has contributed to several books including Runway Madness, No Sweat: Fashion, Free Trade and the Rights of Garment Workers, and Thirty Ways of Looking at Hillary: Reflections by Women Writers. She is the author, along with the Washington Post photo staff, of Michelle: Her First Year as First Lady. Her first solo book, The Battle of Versailles: The Night American Fashion Stumbled Into The Spotlight And Made History, was published in 2015. It is a cultural history of the 1973 Franco-American runway extravaganza that altered the trajectory of the fashion industry. In 2006, she won the Pulitzer Prize in criticism for her fashion coverage.