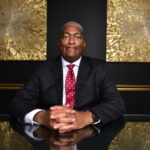 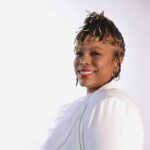 When it comes to wealth, very few understand it means more than money and more than having good credit. It also means having more than homeownership. This is what makes Chyna Bethley a different kind of businesswoman. She is the epitome of what bossing up looks like.

An entrepreneur, author, and Cryptocurrency/DCX enthusiast, and the owner of “Rich University”, Chyna Bethley is all about teaching individuals how to not only change the mindset of how people look at wealth but also how to invest in Bitcoin to build their wealth. Her recently released book “Bitcoin Baby” is an educational resource for those who want to level-up and learn how to invest in bitcoin.

In an exclusive interview, Chyna discusses her journey from having it all and losing it to rebuilding her empire and making millions. You will not only be inspired; you will be educated from the gems she shares in truth.

Dr. G: I’m so curious about your journey. It is so powerful through all of these different avenues of your life. I want to talk about your beginning because you started out as an entrepreneur, and then decided to make a shift.  What was that transition like for you?

Chyna: I’m excited to be here with WE Empower Magazine. So, I was always a very ambitious young girl. I was the girl in class who did well enough to pass, but I never did my best necessarily. Cause I always felt like there was another route and that comes from my parents. My dad was a hustler by nature. My mom was a hardworking woman that believed in doing things the right way. I learned strategy from him, and I learned my work ethic of doing whatever it takes, get it done for your family, and not allowing pride to come into play from my mom. And so that allowed me to become a very curious and ambitious entrepreneur, very young.

I started to sell stuff in school, like barrettes for girls’ hair. I would make and sell brownies in school, candy at school, all these things. I just wanted to have my own money for a few reasons. I grew up in an either-or household – either you gonna have this or you gonna have that pick one. I didn’t want to have to decide and decided that I would make my own money and it just never left me. It was so empowering to have the freedom and flexibility to now decide if I wanted both, I could get both. 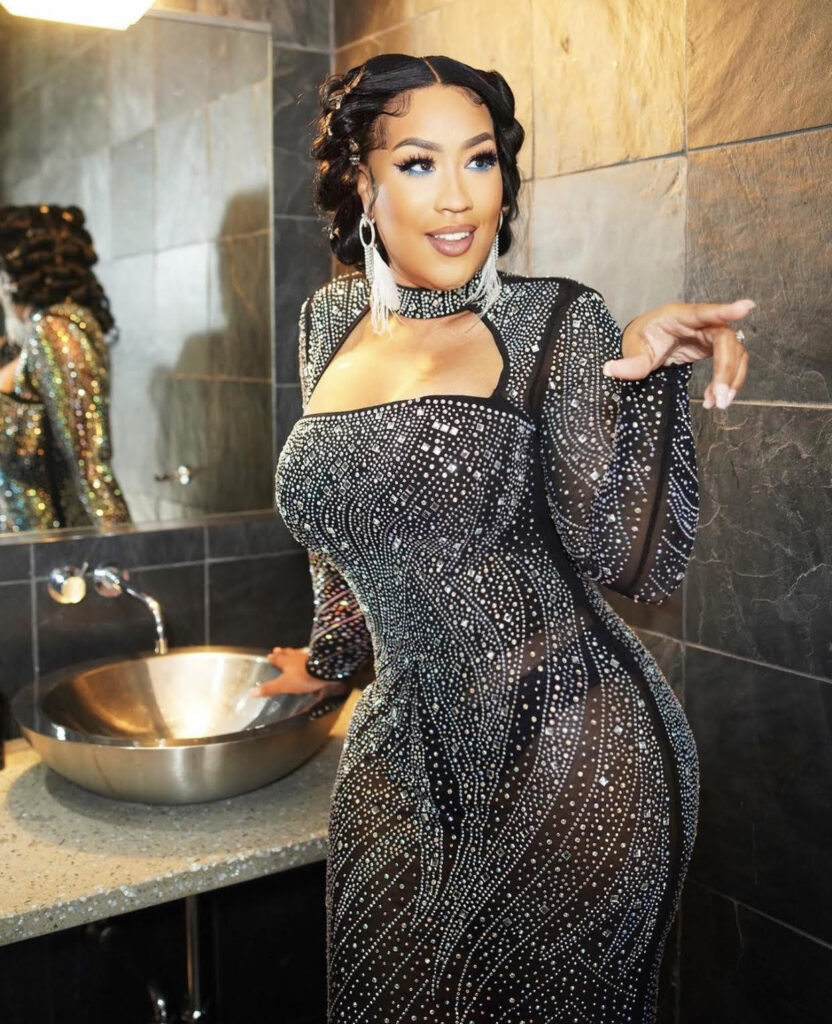 And so, I started a business on Xavier University campus, a beauty salon that was 4,200 square feet. It was two floors. It was a big deal. I was young and ambitious. And it was just a gold mine because the girls that went to school there as freshmen, don’t know anybody yet to really know where to go and get their hair done there. So, they can just walk across the street from the dorm. It was beautiful. It was amazing. And then Hurricane Katrina knocked it all down.

Dr. G: So, what sparked the move to Atlanta? Why Atlanta?

Chyna: That’s a phenomenal, phenomenal question. So honestly, Hurricane Katrina came from the East. So, the state told us we couldn’t go East because obviously, it’s already tearing up stuff. And we were very last minute. Most of us are not leaving every time a hurricane comes for hurricane season because it’s a lot of hurricanes. So, we didn’t really see it until the day before when the gas stations were empty. Imagining your city going to get gas and there’s no gas. You’re like, why is there no gas? I told my husband this might be serious. So, it was two carloads of us. We were on an excursion that had windshield wipers that did not work because we have to find a way for all of us to be able to fit. We had to put Rain X on it. So, we drove to from new Orleans to Baton Rouge. It took us about three to four hours to get just the Baton Rouge. The goal and destination were Houston. So, I said, “let’s go to Atlanta.”. My mind was only thinking about a weekend. I wanted to be where we can have some fun.

By the time we made it to Atlanta, Dr. Pam, we were literally watching the news of the city is underwater. We didn’t hear any of that on the radio. We had no idea. We drove all the way to Atlanta taking back roads and cuts because everything on the interstate was blocked off because we were doing the forbidden. We were driving into the eye of the storm with no working windshield wipers and with two SUVs full to capacity of however many people could fit.

As excited as that we were to get to Atlanta, it was a new reality for us. We were all in the need of our communities. It was just a tough time for so long. I remember just being numbed that is this a dream I would wake up from. This cannot be my reality. And um, yeah, that was the reality. We went from homeowners and business owners to standing in line for food, clothes, and shelter.

We wanted to be in Atlanta so that worked out. After a few years, the numbness had just started to wear off from Katrina and we’re so excited about the future. 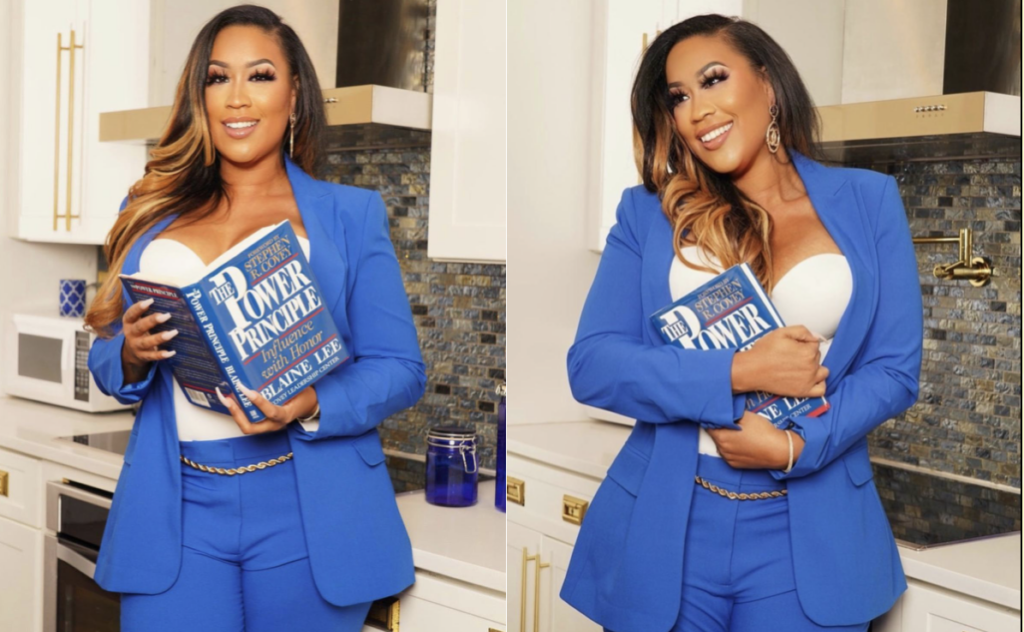 Dr. G: After everything that you have been through and had finally picked up the pieces; you now would have to stop again when you are diagnosed. What goes through your mind at this point?

Chyna: For about eight months, I had this sharp shooting pain that would come into my breasts and I know pain is usually not usually associated with cancer, but for me, I had pain and I felt like it was an unction from the Holy Spirit for me to go check it out because there would have been no other reason for me to go and get an ultrasound on my breasts. And so, the sharp shooting pain that when it would calm me would only last for about five to 10 seconds. But whatever I was holding in my hand, I would drop it out of my hand or if I was walking a movement, I would stop because it would take my breath away.

And so, my husband saw me having those episodes and he was like, that’s it, you’re going to the emergency room. He took me to the emergency room. They gave me an ultrasound and it was like, well, you wouldn’t need a mammogram done because you’re too young. You won’t need a mammogram done for many years. The lady then comes back into the office after doing an ultrasound and said, “we need to do a mammogram now.” And it was at that moment that I knew something that shouldn’t have happened. And so, I began to just immediately pray that God would just prepare me and protect me for whatever was to come, and I got the mammogram done.

And we go to the doctor, which is three days before the video shoot to see what the results are going to be. And we were impatient. We just knew that we had a lot to do for this video shoot. I’m about to feel my first video. We’re connecting with artists in Atlanta.

Chyna: I was so not at all worried about those results on that test because in my mind it can’t be me not, I, it doesn’t run in my family. I’m young. This is just protocol. When I went to the doctor’s office, we were like, listen, how long are they going to be? I mean, we got this big video shoot that’s coming. The receptionist (I will never forget what she looked like), looked at me and said, “I don’t know what it is you got to do. And I don’t know why you got to go, but you need to sit down and see what your doctor has to tell you.” And that was the first time, the very first time that it became so real of the other side of what this could have been. And we just sat down, and we waited. and the doctor called us to the back. One she told me what she needed to tell me, I understood why it took so long because who wants to rush and change a person’s life to hear the words that she told me, which was you’re positive for breast cancer.

Dr. G: Wow. That’s heavy. You are clearly a survivor and a victor of breast cancer. So, a hairdresser, music artist, gone through breast cancer, and now Bitcoin. What inspired Bitcoin and then Rich University?

Dr. G: For those who don’t know, what is Bitcoin?

Chyna: That’s a really great question. Bitcoin itself is actually a digital currency. It’s a currency, it’s money. And when, when it first was incepted, there was nothing that you can do with it. You couldn’t buy a home with a car with the coffee, with it or things for your household goods. Now you can, you can buy cars, you can buy a home with it.

I think most people would think that the stock market, foreign exchange market, or any of the market areas have some risk involved. But the truth is, is, if you’re educated about what you’re doing is not a gamble at all. It’s very calculated. And in fact, the people that’s a part of my community and my partner company, we have over 100 educators and a lot of these guys and ladies are looking at monitors, they’re looking at geopolitical activities that are going on around the world. So, we’re looking at patterns like harmonic patterns and all of these different things. But the technology is doing this for you is actually much easier, easier than anything we’ve ever done before.