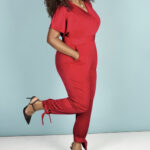 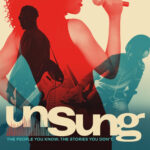 Here in the United States, March has been celebrated as Women’s History Month since 1987. It is a month set aside to acknowledge the many contributions women have made to building this nation.

Former US President, Jimmy Carter, recognized that although “men and women have worked together” since the very beginning, “too often women were unsung, and their contributions went unnoticed…”

“…But the achievements, leadership, courage, strength, and love of the women who built America was as vital as that of the men whose names we know so well.”

The same could be said about the history of the Church. While the Apostle Paul was quick to honor the many women who were instrumental in the Church’s earliest days, history has been less so.

Women have always been an integral part of church expansion. The early church grew through gatherings taking place in homes, and women were leading that movement. It could be said they still are to this day, as home fellowships and small groups continue to grow.

More than any other religion,
Christianity has lifted up and empowered women.

Christ and His church revolutionized the role and status of women.”Be subject to one another out of reverence for Christ,” taught Paul, because “you are all one in Christ Jesus” (Gal. 3:28; Eph. 5:21).

This is the beauty of the Gospel. God calls and gifts each one to serve within His Kingdom as His servant leaders. You can be sure that you, woman of God, “have come to the Kingdom for such a time as this” (Esther 4:14).

I want to encourage women everywhere to step out with bold confidence that God is working through you to change your nation. And I encourage you men to encourage the women around you. We need all hands on deck to transform the world for Christ!

“God will create a new thing in this land:
A transformed woman will embrace the transforming God!”