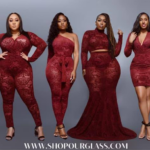 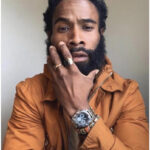 Jeiris Cook is an acoustic guitar solo artist with a sound that is reminiscent of old school blues, the 70s styled R&B and Smooth Jazz. After going musically dark for nearly 13 years, he picked up his sister-in-law’s acoustic guitar in May 2016 and committed himself fully to learning to play the guitar. He has revived his passion for singing, by producing a unique sound of R&B and Soul music.

He recently finished recording a new single Enough is Enough with Indie Records Recording Artist Mindy Davey. The single is now available on all Digital Platforms.

Jeiris also released a new single called “Dreams”. Jeiris wrote the song to remind everyone regardless of their personal struggles, or what is currently going on in the world due to the pandemic, you can still push forward and continue to work on those projects you thought was not going to happen.

Jeiris is currently working on projects with notable producers in the music industry releasing new music, and entertaining everyone through Monae Management Music Therapy Sessions. 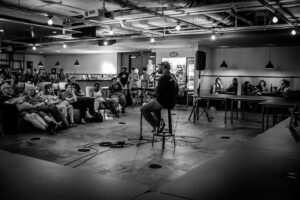 Tammy Reese: Please tell us about your song Dreams?

Jeiris Cook: Dreams really started out as a personal journal entry. Every now and then I have these mental personal pep talks to keep myself on track, especially being in the music business b/c it’s easy to get discouraged.

I wrote the song over the summer right after I had oral surgery to have 3 wisdom teeth removed, which left me on a purely liquid diet. So I think subconsciously, dreams were also a way to keep me mentally occupied as I was going through that.

But I also think you can apply the message to any situation, especially when times get difficult as you journey toward whatever goals you set for yourself. It is a reminder to never give up and hold on to your dreams.

Tammy Reese: How has the music industry been for you during the pandemic?

Jeiris Cook: Like most entertainers, it has been devastating. All of my scheduled shows went up in a puff of smoke in one day. I saw that a lot of musicians who had been playing live start to explore live streaming as an alternate outlet to reach fans.

Luckily I was already active on a few live streaming sites so I had an established presence. Plus I didn’t have a learning curve like some who were just starting out. Even that didn’t replace the income and the experience you miss out on normally but it definitely helped.

Tammy Reese: What are you currently working on?

Jeiris Cook: The next song I am currently working on is called “Drunk”. It’s about one of the few times I overindulged and I know a lot of folks will be able to relate to it. My aim for this song is to blend the RnB sound with a little bit of the blues. It’s dropping this spring…..so stay tuned!

Tammy Reese: Describe yourself as a music artist in 3 words?

Tammy Reese: When was the last time you sang in the shower? What song did you sing?

Jeiris Cook: I’m always singing in the shower lol. I think the last song I sang was “Purple Rain” by Prince. Usually, though, I sing bits and pieces of songs I’m working on. Shower time is the best time to work out all the kinks.

Tammy Reese: What was the last song you listened to at max volume?

Jeiris Cook: Good question, “Stickwitu” by The Pussycat Dolls. It’s an oldie but goodie. I recently heard another artist I follow cover it and added it to my Spotify playlist immediately after.

It’s kind of like I rediscovered the song in a way because it’s been years since I last heard it.

Tammy Reese: What are some of your own favorite songs? Why?

Jeiris Cook: I like all the songs I’ve written (maybe I’m biased a bit) but I tend to always perform “Apple Tree”, “Dreams” & “Bad To The Bone” a lot acoustically. Every time I perform either of these songs, I do it slightly differently. Sometimes I slow them down, speed them up or sing them in a different key just to see what happens. I find that these songs are the easiest to experiment with.

“Apple Tree” was the 1st song I wrote on guitar so it will always hold a special place in my heart. “Dreams” I wrote and recorded playing the ukulele (a fact I forgot to mention at the start), an instrument typically not heard in the RnB genre.

Tammy Reese: What are you looking forward to this year?

Jeiris Cook: Performing for real-life people instead of being in front a computer screen! I’ve already started doing this but more is merrier. I’m also putting a band together for live shows, videos, and festivals.

There’s a local band that I sometimes fill in for as well and we’ve got some dates on the calendar. Playing with a band is so different than my usual vibe so I’m really looking forward to that.

Tammy Reese: What impact do you intend to make throughout your career as a music artist?

Jeiris Cook: I want to leave a legacy that first and foremost my family can be proud of for generations. I want people to be able to come away from my music feeling better about whatever situation they are going through.

Sometimes, you need to laugh or cry or cool off and I want to deliver music in a way where people feel free to express themselves. Music is therapy and I want others to feel the same way about it as I do.

Tammy Reese: What else can we be on the lookout for from you?

Jeiris Cook: More music and more collaborations with other artists. I’ve already alluded to this, but you’ll see more video content as well as band performances.

Keep up-to-date with Jeiris Cook and his career journey by connecting on Instagram @jeiriscookmusic.

Bashir Hogue: Giving You The Love Factor That Will Love U Back