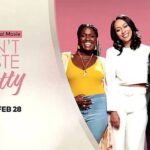 ATL Homicide Returns for Season 3Premiering Monday, January 25 at 9 p.m. ET/8C TV One dives into a third season of the nail biting true crime series ATL HOMICIDE, premiering on Monday, January 25 at 9 p.m. ET/8C. Viewers will reunite with the passionate and fearless veteran homicide detectives David Quinn and Vince Velazquez of the Atlanta Police Department as they disclose first-hand accounts of real-life murder investigations. Each episode follows the thirty-year Atlanta PD veterans as they reveal how they solved tragic crimes committed in the Atlanta metro area while working side by side as partners in the homicide division.

“With a bigger focus lately on police reform, we hope ATL Homicide can continue to show a different side of law enforcement that many of our citizens don’t normally see,” said Vince Velazquez. The hour-long show will dive deep into Quinn and Velazquez’s personal experiences as detectives as they narrate step-by-step some of their most bone-chilling cases. The dramatic stories, based on true events have been re-created through flashbacks and showcase actors Angelo Diaz as David Quinn and Christopher Diaz as Vince Velazquez. The retelling of these investigations take the viewer on an adventure of mystery and intrigue.

For more information on ATL HOMICIDE, visit TV One’s YouTube Channel and check out exclusive, behind-the-scenes content on www.tvone.tv. TV One viewers can also join the conversation by connecting via social media on Twitter, Instagram and Facebook (@tvonetv) using the hashtags #ATLHOMICIDE and #REPRESENT. Download the TV ONE App to watch your favorite shows and movies.
# # #

ABOUT TV ONELaunched in January 2004, TV One serves 59 million households, offering a broad range of real-life and entertainment-focused original programming, classic series, movies and music designed to entertain and inform a diverse audience of adult black viewers. The network represents the best in black culture and entertainment with fan favorite shows Unsung, Uncensored, ATL Homicide, Fatal Attraction and Urban One Honors. In addition, TV One is the cable home of original blockbuster films including When Love Kills: The Falicia Blakely Story, Love Under New Management: The Miki Howard Story, Bobbi Kristina and The Bobby DeBarge Story. TV One is solely owned by Urban One, Inc., formerly known as Radio One, Inc. [NASDAQ: UONE and UONEK, www.urban1.com], the largest African-American owned multi-media company primarily targeting Black and urban audiences.