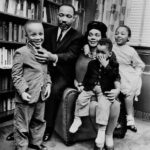 Lifetime’s popular reality tv series Little Women: Atlanta returns with the highly anticipated premiere of season six on its new night Friday, January 22, at 9 pm ET/PT.  The season kicks off with Ms. Juicy, Minnie, the Tiny Twinz Amanda & Andrea, Abira, and the return of Monie, as the ladies all come back together in Atlanta to pursue their dreams in the city’s vibrant hip hop scene. Once again, the ladies bring the fun, the drama, the competition, and the love as together they face health issues, careers changes, relationship ups and downs, and life’s hardest trials and tribulations — all while still dealing with the complexities of living in an average size world. Check out the Superteaser HERE.

Though the series continues, the cast expressed during the Lifetime Networks Virtual Press Conference that they are still deeply mourning the loss of their fellow Co-Star Ashley Ross aka ‘Ms. Minnie’.

During the Press Conference, the cast discussed how they have grown as women, and what they hope the audience takes from this new season.

Overall the ladies want viewers to have strength and purpose to overcome any obstacle that comes along just like they have.

Make sure to tune in to see the ups and the downs, the drama, and the fun on January 22nd.

When I asked Abria Greene what would she like to say to the Little Queens out there who may not feel confident or empowered like the cast of Little Women: Atlanta, Abira stated that she wants them to keep pushing because the cast still deals with people messing with them.

The cast still deals with people out there who want them to feel insecure about themselves.

However, the cast is empowered, cute, boss women, and they all keep pushing.

Abria also wants the Little Queens to know it’s ok to cry when needed, but just turn those tears into the water you can swim in.

Ms. Juicy – Ms. Juicy launched her own successful clothing line, as well as her own sunglasses line, Eminence Eyewear by Juicy. Recently she was seen on Sundance TV’s Hap and Leonard Season 2 and TNT’s Claws Season 2, 3, and she is currently filming Season 4.

Abira Green – As an equality advocate, Abira is extremely passionate about spreading awareness on normalizing dwarfism. She wants the Little Queens of the world to be as confident and resilisent and to never give up. Abira is also a music artist. You can check out some of her music HERE.

Amanda Salinas Castillo and Andrea Salinas– Before the twin sisters were on the ”Little Women: Atlanta” show, they were club dancers, and performed together as the “Tiny Twinz.”

ABOUT LIFETIME
Celebrating 35 years of entertaining audiences, Lifetime is a premier entertainment destination for women dedicated to offering the highest quality original programming spanning award-winning movies and breakout non-fiction series and documentaries. Lifetime has an impressive legacy in public affairs, bringing attention to social issues that women care about with initiatives such as the long-running Stop Breast Cancer for Life, Stop Violence Against Women, and Broader Focus, a major global initiative dedicated to supporting and hiring female directors, writers, and producers, including women of color, to make its content.