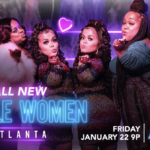 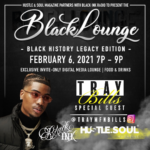 This year, SiriusXM will be reflecting on what makes Martin Luther King Jr. Day such an essential national holiday, particularly in light of the ongoing movements for racial justice across the US. King made fundamental strides in protesting racial discrimination on federal and state levels through activism and civil disobedience, leaving an indelible mark on both future activists and the world at large. In the years since King’s legendary “I Have a Dream” speech and Montgomery bus boycott, his work and words remain as relevant as ever as the fight against racism and discrimination continues.

SiriusXM Urban View (Ch. 126), the home for dynamic discourse from prominent Black voices, will be celebrating Dr. King’s influence during Joe Madison the Black Eagle. Madison — a human and civil rights activist and member of the NAACP’s national board of directors — will be hosting a special edition of his Monday morning show featuring speeches, sermons, and never-before-heard interviews.

During the episode, Madison will share his address to the Bureau of Alcohol, Tobacco, and Firearms on King’s legacy, King’s “Give Us the Ballot” speech and “Why Jesus Called A Man A Fool” sermon, Rev. C.L. Franklin’s “The Eagle Stirreth the Nest,” and exclusive new interviews with Oregon Senator Jeff Merkley, Attorney Raymond C. Pierce of the Southern Education Foundation, former Surgeon General Dr. David Satcher, and journalist Joan Walsh. Topics will include the 13th Amendment, supporting Black colleges and Black youth in the South, health equity, and white supremacy. Hear it all on January 18 at 6am and 8pm ET.

For more information on how SiriusXM and Pandora are honoring Dr. King’s birthday visit: https://blog.siriusxm.com/honor-martin-luther-king-jr-s-life-and-legacy-with-impactful-siriusxm-specials/