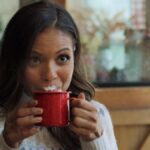 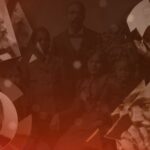 Burbank, CA – December 8, 2020 – recording artists and Broadway stars TerronBrooks and Kamilah Marshall reunite at the Garry Marshall Theatre for a breathtaking 60-minute holiday extravaganza: Holidaze Harmony. This year the virtual concert comes in the form of a multi-camera filming from the stage of the Garry Marshall Theatre. World premiere stream is Wednesday, December 16 at 7pm PST. On demand performances are December 17-20.

Tony-winner Jerry Mitchell says, “Kamilah and Terron are two of my ‘full-out’ favorites. Grab your live stream tickets for this amazing holiday concert for you and the entire family.”

With effortless chemistry and stunning vocals, lifelong best friends Terron Brooks (The Soul of Broadway, NBC’s The Temptations, Disney’s The Lion King) and Kamilah Marshall (NBC’s Hairspray! Live, Broadway’s RENT, Hairspray, Bette Midler’s The Showgirl Must Go On Vegas residency and Kiss My Brass world tour) have outdone themselves with a show-stopping line-up of songs, and an intimate look into the story behind Broadway’s two best friends who meet up each year for Christmas.

Produced by Garry Marshall Theatre and Dark Blue Mondaze, fan-favorite Holidaze Harmonyis now available for viewers around the world to experience the unique joy only this duo can deliver. The self-proclaimed “Black Donny and Black Marie” – Kamilah and Terron mix variety show comedy, dynamic arrangements and spectacular vocals for a night like no other.

Directed by Joseph Leo Bwarie (Jersey Boys) who also produces with Dark Blue Mondaze said, “there is absolutely nothing that compares to the chemistry and vocal magic of Kamilah and Terron. The world needs this concert more than ever.”

“What a journey this has been to take our show to the next level.” Terron Brooks said about the show he co-created with lifelong best friend Kamilah Marshall. “It’s still all the banter and bloopers that make us… us. We still reinvent holiday songs in our Kamilah and Terron way. But this year, we even shocked ourselves.”

Kamilah added, “This experience has been a blessing. We cannot wait for folks in every corner of the world to have the chance to join us this Christmas.”

Garry Marshall Theatre developed Holidaze Harmony with the artists to be the venue’s premiere, filmed, streaming event. The hope is that this will be the first of many in a concert series produced by the Burbank theatre.

“It’s truly an event,” said Garry’s daughter and CEO of the nonprofit, Kathleen. “Kamilah and Terron sound incredible. My dad knew them and had worked with them. Garry loved that they were not only star singers, but that they knew funny.”

TERRON BROOKS is an accomplished singer, songwriter, actor, author and motivational speaker who is passionate about sharing his gift of music with the world. Born and raised in Southern California, Terron has performed with renown artists including: Stevie Wonder, Josh Groban, Randy Jackson, David Foster, Stephanie Mills, Peter Cetera, Lizz Wright, Yolanda Adams, Sheila E., and Smokey Robinson. He has toured with Phil Collins (Going Back Tour) and Glee’s Matthew Morrison. An opening act for The New Kids on the Block/Backstreet Boys Tour, Terron has sung with artists on The Voice, The Tonight Show with Jay Leno, The Ellen DeGeneres Show, and American Idol.

He is a two-time NAACP Award nominee for supporting actor and maybe best remembered for his critically acclaimed portrayal of Eddie Kendricks in the Emmy Award-winning NBC mini-series The Temptations. The Los Angeles Times has described his voice as “smooth and soulful.” He is the star and co-creator of the new concert show The Soul of Broadway: Impossible Dreams and his new record is on all digital platforms. www.thesoulofbroadway.com.

Terron is a Broadway performer who has been seen as ‘Simba’ in Disney’s The Lion King and ‘Seaweed’ in Hairspray. He was also featured in the world premieres of Sleepless in Seattle: The Musical and First Wives Club: The Musical. Terron is an Ovation Award nominee for Featured Actor in a Musical for ‘Daddy Brubeck’ in Sweet Charity (Reprise 2.0). He recently starred as ‘Coalhouse Walker Jr.’ in Ragtime (Musical Theatre West).

He is featured on numerous film and TV soundtrack albums including the Grammy-winning Hairspray (New Line), Tears From The Sun (Sony), The Adventures of Brer Rabbit (Universal), and ABC’s Gepetto. As a guest artist for the Atlanta, Colorado, and Taiwan Symphony Orchestras, Terron has sung the classic songs of Disney. His vocals are featured on six songs from Smokey Robinson’s duet record, Smokey and Friends.

He stars in the romantic comedy All About You with Debbie Allen and Hamilton‘s Renee Elise Goldsberry, in which he also co-wrote its theme song as well as original songs for the movie soundtrack, produced by Rickey Minor. He also stars in the PureFlix feature HavFaith with Gary Sturgis and Brooklyn Tankard. As a writer, Mr. Brooks’ first inspirational book, Something GoOD on the Table is available on Amazon.

Kamilah Marshall(formerly Martin) is a recording artists, Broadway veteran, songwriter and actor. Most recently, she can be heard on her new single “Both Sides” with Forest Blakk released on Atlantic Records, as well as on Vintage Trouble’s latest single “Strike Your Light” from their sophomore album 1 Hopeful Rd., which hit #1 on the Japanese Rock Charts and moved rapidly into the top on the UK record charts.

Kamilah has been one of the Staggering Harlettes performing with the legendary Bette Midler, in The Kiss My Brass World Tour and The Showgirl Must Go On at Caesar’s Palace in Las Vegas. Her Broadway credits include RENT, Disney’s The Lion King and the Original Cast of Hairspray: The Musical. In 2016, she reprised her role as a ‘Dynamite’ in Hairspray Live! On NBC.

Marshall’s debut album Gypsy Moonshine garnered attention for its blues-y, country sound and soulful overtones, and is available on iTunes and CD Baby.

ABOUT GARRY MARSHALL THEATRE
Garry Marshall Theatre is a 501(c)(3) nonprofit organization providing innovative performances, educational opportunities, and storytelling activities for all ages, year-round. Located in the heart of Burbank and Toluca Lake’s media district, the critically acclaimed and Ovation Award-winning 130-seat theatre was founded in 1997 as the Falcon Theatre by Hollywood legend Garry Marshall. Reestablished as the nonprofit Garry Marshall Theatre in 2017, the theatre continues to cultivate new artists and experiences that spark ideas and build community.###