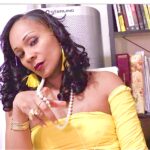 Liza Davis was met  with all kinds of adversity growing up in Baltimore. The trauma from an abusive stepfather reared its ugly head in the form of alcoholism and addiction. He battled off and on then made his way to AZ joining the Academy of Radio @ Television Broadcasting and then being accepted to the Southwest Shakespearean Conservatory in 1999. He has roles in numerous independent films and feature films and recently just won a Best Supporting Actor award for his portrayal in Moving Ashley. You can also catch him in his role as Jonah in the award-winning Eminence Hill on Amazon Prime.

Tell us about growing up in Baltimore, MD and how you got your first break.

Growing up in Baltimore was quite difficult at times. Ever since I can remember, there was always an ominous undertone to my childhood. However, There was one overwhelmingly positive and beautiful faction in my life that without it I would not be here- That’s my Mom.

She was the guiding light in an environment so dark.. Who inspired me to be the person I am today. When I was just twelve years old, at the time we were on welfare and my stepdad was away in jail. I told her I wanted to be an Actor. She never discouraged me and always said, “I could do anything.” I don’t know how she did it but I was in THE CHILDREN’S THEATER Association and from there I was cast in my first production in the comedic opera ‘ DON PASQUALE’ at the famous Baltimore’s LYRIC OPERA house.

I have been chasing that applause ever since.

You had a tumultuous relationship with your father. Do these emotions translate into acting?

My relationship with my stepfather, Yes, extremely tumultuous and definitely left me scarred and damaged. The silver lining in all this, those experiences have given me an advantage when adapting to certain roles. It’s one of those blessings and a curse type situations.

What roles interest you the most?

I am open to any role that the character has layers to them. I gravitate towards strong but vulnerable characters who like myself have certain defects.

You just won the Best Supporting Actor award for your portrayal in Moving Ashley. What did you enjoy most about the character?

Moving Ashley was such a pivotal role for me. My character Sebastian outwardly projected strength and confidence but underneath those were just magnified insecurities. The writer Stephen Kesson wrote the part for me and that was an honor all by itself. At the end of Moving Ashley we saw just how fragile he really was. I loved paying that big vulnerable guy. It humanizes him.

Tell us about your role of Jonah in award-winning, “Eminence Hill” on Amazon Prime. How did this role challenge you?

Eminence Hill directed By Robert Conway was challenging because my Character Jonah was mute. Everyone that knows me knows I love to talk. A huge percentage of communication is done through body language. So the only challenge was not taking SERIOUSLY.

How have you evolved as an Actor?

This craft requires the actor to always be GROWING and stepping out of your comfort zone. As long as I have an element of being uncomfortable with each project I will continue to grow.

You produced, ANOMALY based on an Urban child navigating an abusive step father, drug addiction from the streets of Baltimore who eventually becomes a Shakespearean actor. Why did you decide on this project?

Actually, ANOMALY is still in pretty production, it’s my life’s ambition.It’s based on my life and I think it’s a movie that can ultimately bring hope to a lot of people struggling to find their place in the world as well as following their dreams.