Actress Albania Matos has been featured as a background Actress for the popular series on Netflix “Orange is the New Black”, movies like “La Soga 2”, “Whatever it Takes”, “The Book Of Henry” & “Elementary” a CBS show just to name a few. Now, she is currently playing her first Main character on a new feature film called “Web Of Lies.”

What was it like work on the set of “Orange is the New Black?” Can you share a moment on set?

I really loved working on the set of OITNB, as a background actor I took that opportunity to learn from the principle Ators. I studied them. I also learned how a production comes together to create a story. I absorbed everything. I end up working for two seasons eventually becoming a featured background actor representing the Latino group. I must say it was one of the biggest accomplishments for me as an actor even though I had no dialogue because it reaffirmed me that this is exactly what I want to do for the rest of my life.

Since I had the opportunity to work with OITNB for about two years I met some great friends. We would all meet up every morning and believe to be inmates…. I think that helped us a lot and gave us a lot of camera time.

As far as my acting style I try to relate with the character. I ask myself have I been in similar situations? If not I try to identify myself as the character, become the character….. figure out what I would do if I was that character and use my given circumstances to the best of my abilities. 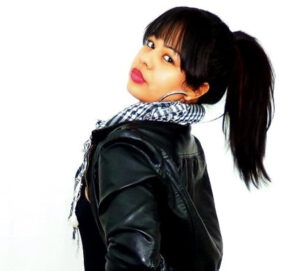 You have been in “La Soga 2”, and “Whatever it Takes.” Is there synergy with these roles? What do you look for in a role?

La Soga 2 was such an amazing opportunity for me. I got to play a character that is so different from who I am. It really allowed me to challenge myself as an actor. Understanding the character breaking her down piece by piece….. with Whatever it takes I was able to relate with my character because I am a friend. It wasn’t something I had a hard time with oppose to La Soga 2 I really needed to become something I’m not.

Tell us about “Good-Bye Apathy.” What led you to this project?

Goodbye Apathy” was my baby at the time. I was playing the main character best friend. It was my first feature film. I had done theater all my life and Goodbye Apathy allowed me to see a new world in acting in film. The Director of this film saw my resume and headshot from HOLA (Hispanic Organization of Latin Actors) and reached out to me saying I’m exactly what she is looking for…. she needed someone who looks real Spanish lol whatever that means to play the best friend of the main character. This film is about a young woman who falls in love with a bad boy and eventually kills him. My character showed loyalty towards her best friend helping her get rid of the body….. ha ha such a great moment for me as an Actor… after that I’ve been acting in film and later TV…. 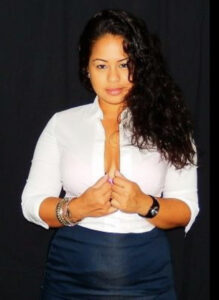 What will Directors notice first about you?

Directors will immediately see my passion for the arts. I truly love acting. I do believe that is my purpose. To be the voice for those who don’t have none. I want to represent people. Tell their stories. Once you meet me you can feel that energy coming out my pores.

I’m currently playing my first Main character on a new feature film called “Web Of Lies” I play Special Agent Ramos. I’m a tough FBI agent working to solve these mysterious murders happening in my City. New York. So thrilled about this one.

My goal is to continue going after my dreams enjoying the journey and growing as an Actor.

Actor and Writer, Omar Moore in “Web of Lies”