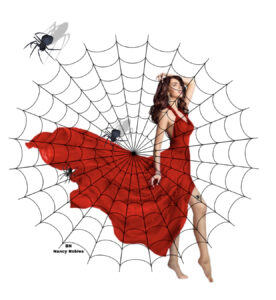 You grew up surrounded by a talented family. Share your backstory.

I had a very talented family in sports and entertainment. I come from a family of writers. That’s where I credit my writing skills from. My uncle was a phenomenal basketball player who just missed out playing with the Knicks in his heydays. I have singers in my family that are really good and are up and coming and most of all filled with comedians and actors.

When was your first break?

My first break was on stage to host a talent show filled with 400 people or more. Surprisingly enough I wasn’t nervous at all and had people approaching me afterwards asking me how long have I been hosting shows. My first acting break came in doing a Gospel play called, Lord just one more chance. Once again not being nervous at all made me wonder if this was normal. Until my mentor told me that no, you just found your passion that’s all.

What are your strengths as an Actor? What role has challenged you?

I would have to say to be able to channel into a particular character. I try to study the role thoroughly and put my all into the character. Getting the opportunity to play so many different characters I have to say playing a submissive husband in Secret Confessions. It really challenges your manhood playing a submissive role, because you can hear the men in the audience getting upset. That told me I was nailing it because most men don’t want to hear or see that. Lol

You wrote, directed, and produced the play called “ Mr. Nickels Unisex Shop.” Tell us about this time and how you have evolved as a writer.

Wow! That play is very special to me because it was my very first one that I stepped out to put on not just the actor’s hat, but the director & producer’s hat as well. Surrounded by a very talented cast as well as newcomers. I knew right then and there I was going to have to grow up quick and be a leader. With everyone looking at you for guidance. I knew that at this point will make you or break you. From that point, it helped me as a writer tremendously. Learning from different aspects to write from. Most of all to limit the amount of character because it makes it so much easier.

You dedicated ”Back In The Dayz!” to your mom. What is your favorite scene?

Yes, I did. My mother loved musicals. Most of all she loved the singers in the 50s. I remember her telling me. You kids don’t know what music is. This is real music. She loved the dresses, the men’s suits, costumes, dances and so much more. My favorite scene I have to say is the Unforgettable scene. Where the headliner of the club(played by Neyoka Wells) and the bartender (Played by Shawn Cornelius) sing the song together and share a kiss. That was her favorite song. So anytime I hear it. It just brings back so many memories. 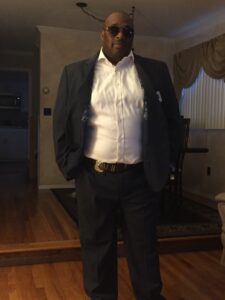 You star in the upcoming movie, “Whatever It Takes,” When Blood Runs Cold. What led you to this project? What intrigued you about the character?

Well, Shawn Cornelius had come to me with an idea he had in high school. He had written this play that he never did anything with and had been battling which way to go with it. Should he do a short, a play or a film? So after he let me take a look at it. I immediately told him we need to make this into a movie. We discussed that we wanted to have one serious cop and one that was a loose cannon. So once again I saw that as another challenge. Another role I hadn’t play before. Being co-directors can be very challenging. Especially for the first time. I won’t lie there were times I felt I wasn’t holding my weight, because I found myself concentrating more on the character than directing. You have to be mentally prepared for it. Now, I know how to manage it all a whole lot better. The learning experience is vital. 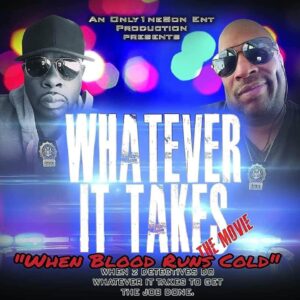 Tell us about your film, “Web of Lies.”

Let’s see where do I begin. This is my first suspense thriller that has many twists and turns. It will keep you on the edge of your seat. You will find yourself trying to figure out the mystery, behind it all, but will be shocked by the ending. So many surprises and the characters are really well cast.

What is next for you?

I have a couple of projects lined up. Some featured films, some documentaries, some plays I want to turn into films and maybe some shorts. The most exciting is a true story I was given to write called “Deranged” and a book by my boy Sean Wright called, Gangsters Melody. Its a very good read coming out of the A!

Shout out to my team of Moorethanmusic Ent.

Actor, Writer, and Health Enthusiast Miles J Stroter’s Journey to Excellence Sparked By His Passion For Empowering Others.